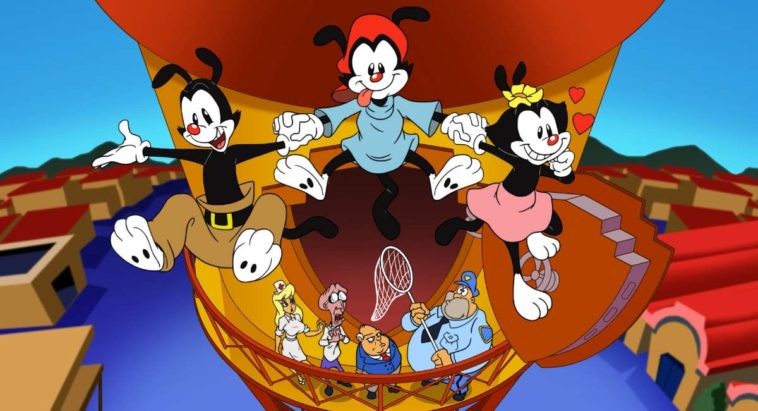 Everyone’s favorite cartoon from the 90s is on its way back to our screens, as Animaniacs has been revived for two seasons for Hulu.

The cartoon, which stars siblings Wacko, Yakko and their sister Dot, is getting its revival courtesy of Steven Spieldberg’s Amblin Television and Warner Bros. As part of the deal, the entire back catalog of Animaniacs will be on Hulu, along with all its spin-off series.

Before you ask, yes – that does include the terrible twosome, Pinky and the Brain.

“We cannot wait to work with Steven Spielberg and the entire Amblin and Warner Bros. teams to bring more sketches, catchphrases, songs and laughs from the Animaniacs to kids and adults everywhere,” said Craig Erwich, SVP of Content, Hulu in a statement.

Executive Producer Steven Spieldberg echoed this sentiment, stating: “I am so pleased and proud that Animaniacs will have a home at Hulu. Together with Warner Bros., we look to bring new audiences and longtime fans into this wild world of Yakko, Wakko, and Dot.”

Unfortunately fans of the show still have a little while to wait, as the new series won’t be ready until 2020. However, they can keep themselves busy with the back catalog, which is available on Hulu now.