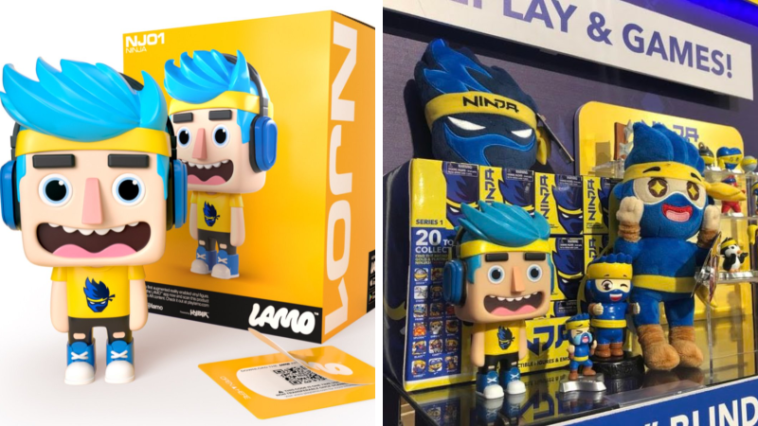 The ever-popular Twitch streamer known as Ninja will soon be immortalized in the form of a toy. Produced by Wicked Cool Toys, the upcoming line of Ninja figurines was first debuted during last weekends New York Toy Fair to much fanfare.

According to Dot Esport, Wicked Cool is planning to release “close to a dozen different type of toys relating to Ninja.”

A key part of every influencer business is merchandising. Feels like @Ninja really nailed it w/ the new toy line – these scream his personality. Fans are gonna eat em up. pic.twitter.com/v3MRBOiPgt

In recent years, popular streamers have turned to personalized merchandise as an additional form of revenue. Players such as Guy “DrDisrespect” Beahm, Tim “TimTheTatman” Betar, Saquib “Lirik” Zahid, and Jaryd “Summit1G” Lazar all have plushies, vinyl dolls, and other merch produced by Lamo. Ranging in price from $8 to $20, some of Lamo’s figures can be virtualized, allowing users to scan the toy with a phone and use them in online games and animations.

While Wicked Cool Toys said the Ninja line will be available this fall, the company has yet to announce a price range or specific date.