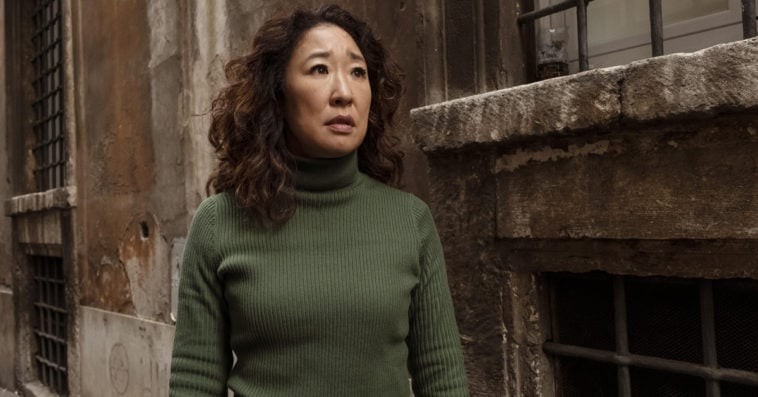 The gripping second season of the spy thriller Killing Eve wrapped last Sunday night, and it ended with a shocking scene of Villanelle (Jodie Comer) shooting Eve (Sandra Oh), leaving her for dead. Since Eve is the show’s titular character, lots of fans are confident that she’s going to survive the gunshot. While that’s the more likely outcome, executive producer Sally Woodward Gentle refused to disclose Eve’s ultimate fate, keeping the sophomore run’s ending a cliffhanger.

“I’m not going to say it,” Gentle told Deadline when asked whether Eve is going to live after that seemingly fatal gunshot. “There’s absolutely no point in going, ‘Yeah, and then she got out and went and had a pizza.’”

While Gentle wouldn’t tell whether viewers are going to see Eve alive in Season 3, she did reveal that they already have the next season mapped out. “We have a sketchy map with little bits colored in various places,” she said. “I think what is fun about the show is because we kill so many people, there’s always room to bring in new brilliant key people that you either kill or you going to keep going — but we’ve got a plan.”

Compared to Gentle, Oh was less guarded when talking about her character’s future in the show.  In fact, in her interview with Entertainment Weekly, the actress implied that Eve will survive the gunshot, adding that the exact location of the wound would explain how the character would manage to live following the incident.

“What was Villanelle thinking at that moment? Was she really wanting to kill her [Eve]? Was she not? We have not yet decided,” Oh said. “I will say the blood is coming from a certain area, and I think that we may move that around, the area of the shot. [Laughs.] All that stuff is really being creatively decided right now. What is the meaning of where she shot her? Obviously, it’s somewhere in her back, and in her body, but where it is and how close to the kill. I want to answer this question…  next year. I have an idea, but we haven’t shot it yet.”

One of the most popular fan theories suggests that Eve is just playing dead after getting shot by Villanelle. While that’s a clever thing for Eve to do, Oh already ruled out that speculation.

“Anything after that shot is really for the next season,” the Grey’s Anatomy alum said. “[But] if I were to guess, right now, no, she’s not playing dead. Either she is dead, or she’s lying there shot. And bleeding to death.”