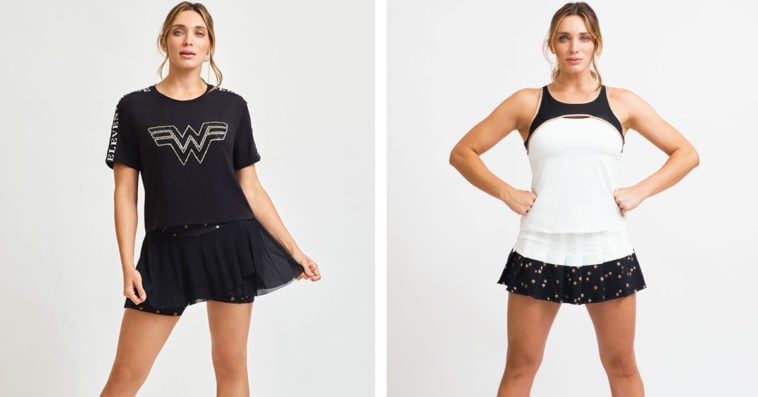 Included in this massive lineup is a range of WW84-themed tennis wear and everyday apparel from the fashion-forward activewear brand EleVen, which is created by the global tennis champion and entrepreneur Venus Williams.

Based on a number of recently released teaser photos, the EleVen by Venus Williams x Wonder Woman collection includes t-shirts and hoodies featuring the iconic Wonder Woman logo; zoom tank tops with mesh overlays inspired by the metallic sheen of Diana Prince’s new golden armor; and outskirt shorties and border flutter skirts that are made cuter with all-over prints of tiny gold stars.

Though some of the items from WBCP’s WW84 collection are now available at retailers around the world, the EleVen by Venus Williams x Wonder Woman collection is yet to go live on EleVenByVenusWilliams.com.