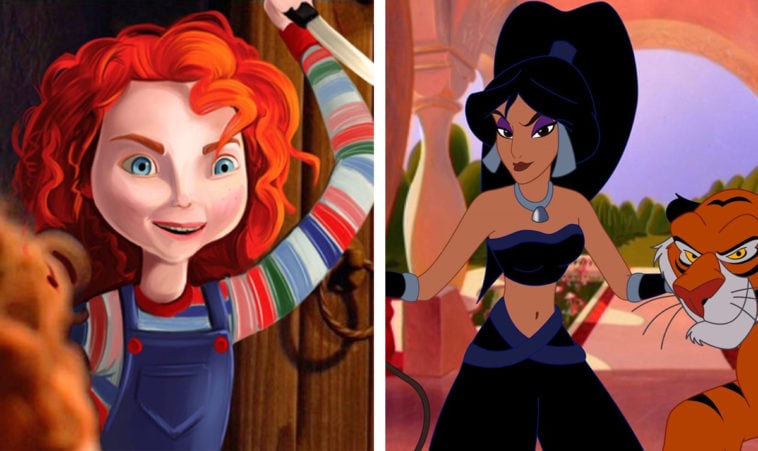 Though Disney princesses have their own flaws, they, in general, are still considered as great role models to children. Their kid-friendly personas, however, don’t exempt them from being subjected to the wild imagination of artists who love to transform morally upright fictional characters into bad ones. If you’re intrigued by the idea of Disney princesses leaning into the dark side, then you’re in luck, as we’ve put together a list of incredible artworks that reimagine Disney’s royalty as villains. Check out the slideshow below to see what your favorite Disney princesses would look like if they were forces of evil.

Anna is reimagined as a vengeful ghost in this fan art by French artist Kasami-Sensei. According to the backstory of the artwork, Anna’s frozen heart ultimately led to her death, but she returned as a ghost to seek revenge on Prince Hans. Using her newfound powers that are similar to her sister Elsa’s, Anna turned the prince of the Southern Isles to solid ice in retaliation.