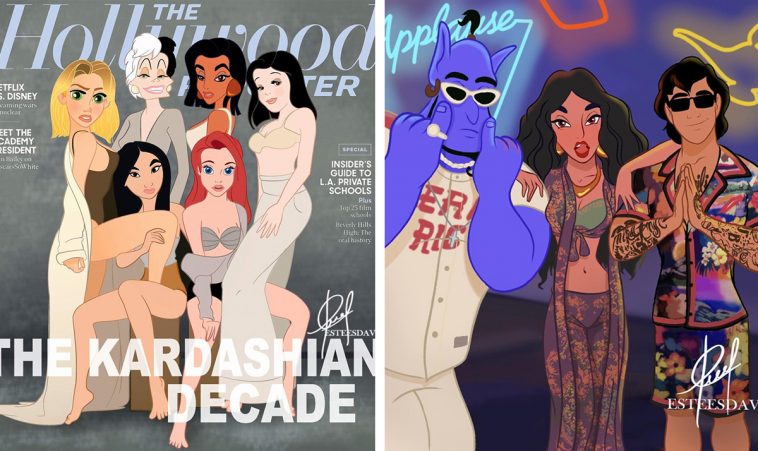 Though Disney Princesses don’t have social media accounts and millions of online followers like most movie and music personalities do today, these fictional royalties are essentially celebrities in their own right. For one, children around the world not only know who they are, but also look up to them as role models growing up. Their films are also certified blockbusters and their merchandise are always flying off the shelves.

But have you ever wondered what your favorite Disney Princesses would look like if they were real celebrities in today’s world of Internet and social media? Well, wonder no more, because Argentine artist Dave Salamanca Rojas have reimagined them as real-life actresses, singers, and reality stars as seen in films, music videos, and in the covers of magazines such as Vogue, Vanity Fair, GQ, and the like.

We’ve put together some of Rojas’ most impressive works in the slideshow above, which also includes a creation by the equally talented Mexican illustrator Jose Rodolfo Loaiza Ontiveros. In addition to Disney Princesses, some of the fan art featured in the gallery also depict Disney Princes, Disney Villains, and other characters popularized by the Mickey Mouse company.

This adorable fan art turns Snow White into Britney Spears as seen in the music video of her 2008 song Womanizer. Just like Britney in the upbeat music video, the Fairest One of All is rocking a long-sleeved diagonal striped top, black skirt, and a broad metallic silver belt. The Seven Dwarfs, meanwhile, are reimagined as Britney’s male officemates that serve as her backup dancers.