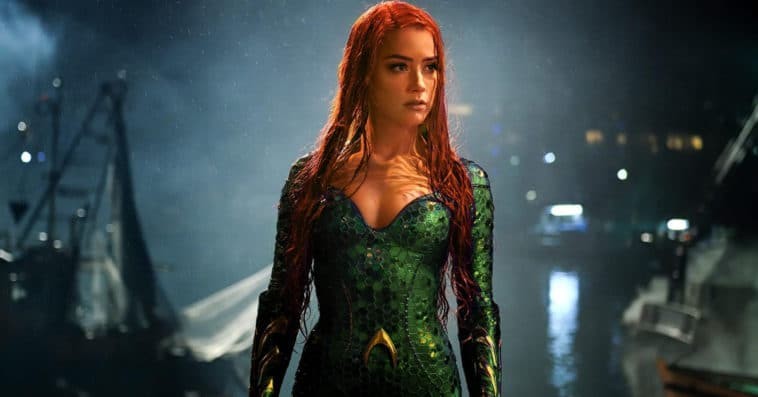 Since Amber Heard received more bad press amid her ongoing legal battles with her ex, Johnny Depp, there has been a lot of speculations about whether Warner Bros. will be bringing the actress back for Aquaman 2. And according to a couple of new reports, the film studio has fired her over a breach of contract.

Sources told YouTube channel Popcorned Planet and Australian site Sausage Roll that Heard has been axed from the Jason Momoa-led sequel after breaking health and fitness clauses in her contract.

“Amber Heard did not pass her physical examination,” a source told Sausage Roll. “She’s put on some pounds and is in terrible shape. There is a clause in her contract which says she is required to be in good form ahead of shooting and she violated that.”

Popcorned Planet previously reported that Warner Bros. was in the process of removing Heard from James Wan-directed movie, and now, Sausage Roll revealed that the process is complete. Though the film studio has yet to recruit a new actress to replace Heard in the role of Mera, fan-favorite Emilia Clarke is believed to be one of the stars being eyed up as a replacement.

If Clarke ends up taking over the role of Mera in Aquaman 2, then the movie would serve as a reunion project between her and Momoa. The two first worked together in the first season of HBO’s Game of Thrones, in which they played the roles of Daenerys and Khal Drogo, respectively.

But since Warner Bros. has yet to confirm or deny these reports, Heard is technically still expected to return for Aquaman 2, and may even star in her own TV series. Two months ago, insider Daniel Richtman reported that the actress had talks with the studio about doing a Mera TV show, which would stream on HBO Max.

Aquaman 2 is set to hit theaters on December 16th, 2022. Though filming has yet to begin, pre-production on the film started last year.

Sources: We Got This Covered, The Sun