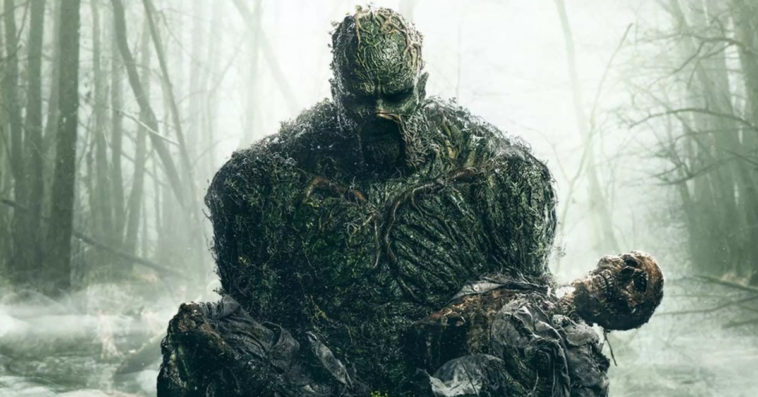 DC Universe’s Swamp Thing is not getting a second season.

The streaming service cancelled the superhero horror drama series on June 6th — only six days after its May 31st premiere. Though the cancellation comes just one episode into the show’s run, the remaining installments of the program’s 10-episode first season will continue to air as scheduled, with a new one debuting on DC Universe each Friday through its series finale on August 2nd.

Though DC Universe has yet to reveal the reason behind the show’s cancellation, rumors that new execs of WarnerMedia — one of the parent companies of DC Universe — were not huge fans of Swamp Things surfaced when the series’ original episode order was reduced from 13 to 10 episodes last April.

Though yet to be confirmed, Swamp Thing’s cancellation might have something to do with WarnerMedia’s upcoming streaming service. According to Deadline, “DC Universe is being reevaluated following the completion of AT&T acquisition of Time Warner as WarnerMedia has put an emphasis on the launch of a new streaming platform.” The entertainment trade magazine pointed out that there have been questions about DC Universe’s future ever since the plan for a new WarnerMedia streaming service was announced.

Swamp Thing was the third live-action series to launch on DC Universe, following Titans and Doom Patrol. Titans has already been renewed for a second season, while Doom Patrol is awaiting word on its fate. New drama series Stargirl is set to debut on the streaming service later this year.

Written by Mark Verheiden and Gary Dauberman, Swamp Thing follows CDC researcher Abby Arcane (Crystal Reed) who comes back to her childhood home in Louisiana to look into a deadly swamp-borne virus. During her investigation, Abby forms an unexpected relationship with disgraced scientist Alec Holland (Andy Bean), who tragically dies. But as powerful forces exploit the swamp’s mysterious properties for their own purposes, Abby discovers that the swamp holds mystical secrets, and the potential love of her life may not be dead after all.