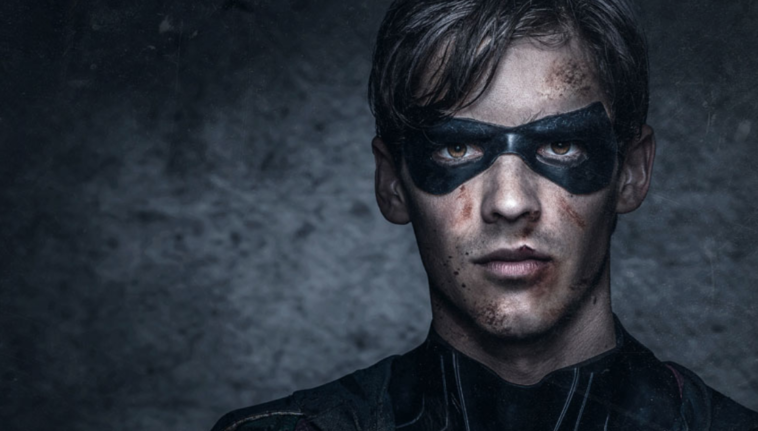 Does every superhero show and movie have to be gritty and have edge? It seems that the DC Universe’s answer right now is “yes”.

Actually, if Titans, a show that is set to feature on their new streaming service is anything to go by, their answer is “f*ck Batman”.

If you were expecting a child-friendly show, then you will be surprised as the first look trailer for the show has plenty of bloodshed, a surplus of violence and even *gasp* swear-words.

Robin features, but don’t expect any “holy-moleys” as this Robin is pushing against his past as Batman’s sidekick.

Raven is also involved and she is on the lookout for “the boy from the circus”. All-in-all, it looks pretty dark, if a little bit too try-hard for our liking.

Beast Boy should also feature, although you don’t get a look at him transform in the trailer and Starfire is also expected to make an appearance in the series.

Titans is in the same universe as Doom Patrol and as we previously stated, it will feature on DC Comics upcoming video streaming service, which is called DC Universe.

If you’re wondering the price of this service, here’s your answer; buyers in the United States can now pre-order DC UNIVERSE at DCUNIVERSE.com for the yearly membership fee of $74.99 (plus tax, if applicable in your state). Monthly memberships will be available at launch for $7.99 a month.

The service will also feature a whole host of other DC content.