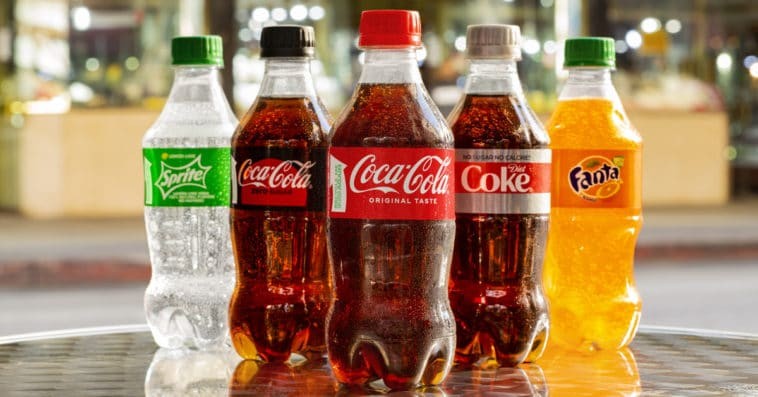 Coke, Diet Coke, Coke Zero Sugar, and Coca-Cola Flavors will debut a 13.2-ounce bottle made from 100% recycled PET (rPET) plastic in California, Florida, and select states in the Northeast this month, before going nationwide this summer. The 13.2-ounce drinks have a suggested retail price of $1.59.

Sprite will also launch a 100% rPET clear bottle of the same size in the abovementioned markets this month. By the end of 2022, all Sprite packaging will transition to clear packaging, which is easier to be recycled and remade into new bottles.

The 13.2-ounce bottle is Coca-Cola’s first-ever packaging made from 100% rPET in the U.S. It is also the first new bottle size of the company in a decade. According to Coca-Cola, the new 13.2-ounce bottle uses less plastic and offers a convenient, sippable portion size.

“On-the-go consumers have been telling us they want an option like this, because it’s just the right amount for the ‘snacking’ occasion,” Tammy Lee, Coca-Cola Trademark brand manager, said in a news release. “We believe this innovation delivers the double benefit of convenience and sustainability.”

A 20-ounce version of the 100% rPET bottle will also debut across the Coca-Cola trademark brands in California, New York, and Texas this month, with Dasani set to follow in March and Smartwater brands in July.

Both the 13.2-ounce and 20-ounce bottles will include a “Recycle Me Again” message on the label.

Alpa Sutaria, Coca-Cola’s general manager of sustainability, told CNN that California, Florida, New York, and Texas were chosen as launch states because people in those areas are “more sensitive” to the sustainability challenges the company is currently facing.

Coca-Cola has been the top plastic polluter for three consecutive years, according to the studies of the global movement Break Free from Plastic. Based on the organization’s 2020 audit, “a total of 13,834 branded Coca-Cola plastic were recorded in 51 countries, reflecting more plastic than the next two top global polluters (PepsiCo and Nestlé) combined.”

The new 100% rPET bottles are part of Coca-Cola’s World Without Waste initiative. Announced in 2018, the sustainable packaging platform has a goal to collect and recycle the equivalent of one bottle or can for every one sold by 2030, use 100% recycled packaging material by 2025, and use 50% recycled material in bottles and cans by 2030.

Coca-Cola estimates the new 100% rPET bottles will collectively reduce 10,000 metric tons of greenhouse gas emissions annually in the U.S., which is equivalent to taking 2,120 cars off the road for one year.