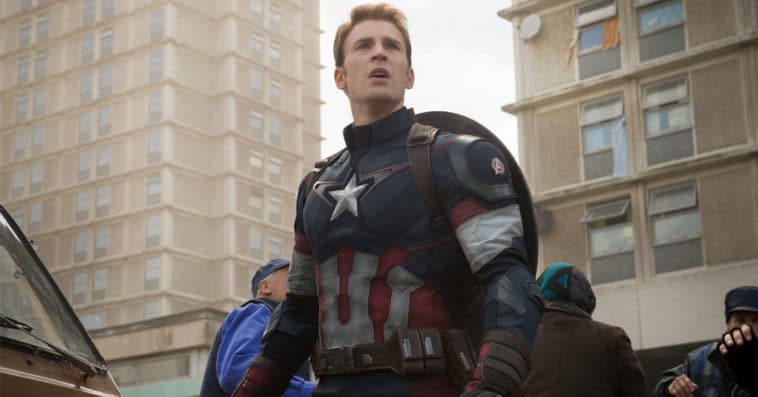 It looks like fans have not seen the last of Chris Evans’ Captain America.

Though Evans had previously said that he was done playing Steve Rogers, a new report by Deadline revealed that the actor is expected to reprise the role in the Marvel Cinematic Universe (MCU) in some form.

While it’s not clear if an agreement between Evans and Marvel has already been reached, sources said that talks are headed in the direction where Captain America will appear in at least one Marvel property, with the door open for the character to appear in another movie later.

Insiders pointed out that Evans’ next Marvel project won’t likely be a new installment of the Captain America film series, as his comeback role is more likely a supporting one ― just like what Robert Downey Jr. did after Iron Man 3.

Marvel had no comment on the news, but Evans himself tweeted “News to me” shortly after the Deadline story was published.

While Evans’ tweet seems to suggest that there’s actually no negotiations going on between him and Marvel, fans of the actor are naturally thrilled with the prospect of him returning to the MCU. However, not all are happy with the idea of Captain America coming back to the franchise, as his return may lessen the impact of the character’s story arc that perfectly ended in 2019’s Avengers: Endgame.

CAP’S ARC IS COMPLETE AND IT WAS DONE REALLY WELL, I’m sorry, but no more

I want so speculate how Chris Evans is going to return but 1) I hope to god it doesn’t ruin his ending from Endgame 2) I just want some Spider-Man news or news about another MCU property…. but mostly Spidey

@ChrisEvans Nooo! Don’t do it! Leave it how it is!

Chris Evans is coming back as Captain America? Why? Steve had a perfect ending for his character. pic.twitter.com/SjcBUHZYTy

I think Chris Evans should move from Captain America on he went out perfectly!

C’mom! I have already said goodbye to Steve Rogers! Is time to pass the chapter ???

In his last appearance in the MCU, Captain America took a journey through time to return the Infinity Stones to where the Avengers obtained them and ultimately decided to stay in the past to live a life with his love Peggy Carter (Hayley Atwell).

So, if Evans returns to the MCU, he could play a version of Captain America who travels back to the present time or a version of the character living in the past and needed to protect the world. Either way, his return could be very tricky especially after old Captain America handed over his shield and mantle to Sam Wilson (Anthony Mackie) at the end of Avengers: Endgame.

Additionally, since some upcoming MCU movies and web series are expected to explore the multiverse, there’s also a possibility that Evans would return to the franchise as a completely different version of Captain America.