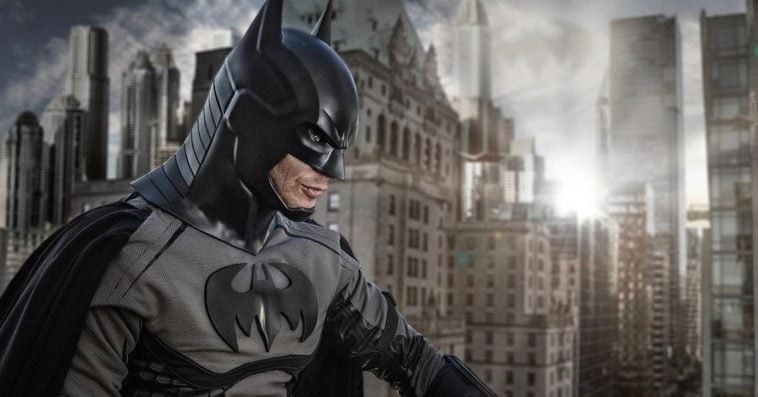 Kim Kardashian transformed herself into Elle Woods this Halloween. Played by Reese Witherspoon in the 2001 comedy film Legally Blonde, Elle is a fashion merchandising student and sorority girl who gets accepted at Harvard Law School following her ugly breakup with her boyfriend.

Much to her fans’ delight, Kim didn’t just dress up like Elle. The reality star also produced a video of her recreating an iconic scene from the movie.

Kate Beckinsale grabbed some snacks at a convenience store while dressed up as the New York City socialite Holly Golightly from the 1961 romantic comedy flick Breakfast at Tiffany’s. Audrey Hepburn portrayed the character in the Blake Edwards-directed movie.

Elizabeth Hurly looked super cool as Beatrix Kiddo when she attended a Halloween party a few days ago. Rocking Beatrix’s signature yellow jumpsuit, Elizabeth stunningly posed for the camera while wielding a sword prop. Also known as The Bride and Black Mamba, the fictional assassin was played by Uma Thurman in the action film series Kill Bill.

Demi Lovato’s Halloween costume seemed to be inspired by the French queen Marie Antoinette. With the help of her glam team, the singer achieved a regal 18th-century look by wearing a gold corset, a ruffled petticoat, a tall gray bouffant wig, and a full face of powdery makeup.

This was one of the two costumes that Cardi B wore this Halloween. While some might argue that this skimpy nurse outfit looked a little basic, some eagle-eyed fans noticed that it appears to be a replica of the nurse costume worn by Mariah Carey in her Up Out My Face music video.

This is what happens when you admit on TV that you don’t know any NSYNC songs and you’re married to @justintimberlake. Well played, husband, well played.

Jessica Biel dressed up as her husband Justin Timberlake during his NSYNC days. Diving into some serious ‘90s nostalgia, Jessica wore an iridescent boiler suit, a curly brown wig, narrow tinted sunglasses, and a crucifix chain. Based on the caption of Jessica’s Instagram post, it looked like Justin convinced her to do an impression of him for Halloween after admitting on TV that she doesn’t know any NSYNC songs.

Charli XCX channeled her inner Madonna in a couple of photos she shared on Instagram a few days before Halloween. Charli’s black and white outfit that included a pair of black leather gloves seemed to be inspired by one of Madonna’s looks in her Medellin music video. The caption of Charli’s post appeared to confirm this, as it alluded to the Queen of Pop’s latest studio album Madame X.

#9 Missy Elliot as herself

WOW?? This Halloween I decided to RECREATE my 1st album cover from 22 YEARS AGO one of these pictures I took ONLY 3 DAYS AGO the other was 22 YEARS AGO CAN YALL TELL THE DIFFERENCE?? ?????#SUPADUPAFLY

Missy Elliot decided to recreate her first album cover this Halloween. And though the cover for her Supa Dupa Fly album was released 22 years ago and the photo used in the recreation was just taken a few days ago, there’s shockingly no difference between the two.

halloween is here and wintour is coming

Liza Koshy deserved a round of applause for doing an incredible impression of Anna Wintour. For those who are not familiar, Anna is the editor-in-chief of Vogue.

Here’s your hint: Do you like my haircut? it’s Vidal Sassoon. – Who am I?

Rose McGowan dressed up as Rosemary Woodhouse from the 1968 horror film Rosemary’s Baby. The character was played by Mia Farrow in the critically acclaimed movie directed by Roman Polanski. McGowan tweeted that her Halloween costume is a “homage to one of the greatest women ever @miafarrow.”

#12 Jade Thirlwall of Little Mix as a clown

@heidinorthmakeup thinks the only way I can conquer my fear of clowns is by being one ? Pennywise’s little sister Babywise ?

With the help of talented makeup artist Heidi North, Jade Thirlwall turned into a gorgeous clown this Halloween. Based on the singer’s Instagram post, her look was likely inspired by Pennywise the Dancing Clown from the It film series.

Wishing everyone a Happy and Long Halloween! Thanks to @arachnobite for this crazy, awesome suit and for convincing me to take these pics. (Didn’t think the hotel was gonna let us on the roof…glad they did). Stay safe out there, kids. #batman #longhalloween

Jensen Ackles suited up as Batman this Halloween, and to make his impersonation look more convincing, the Supernatural actor posed for some photos on the rooftop of a hotel.