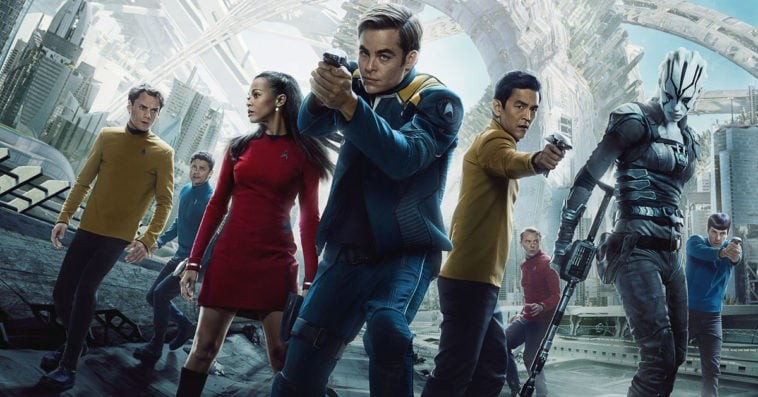 In a recent interview with Variety while promoting the upcoming season 4 of his FX series Fargo, Hawley mentioned that the Star Trek film he’s developing is set to feature a brand new crew. Though the movie won’t center on any iconic characters from previous Star Trek films and TV series, Hawley said that the film will still have an explicit connection to the franchise canon, just like how the first season of Fargo bridged itself to the movie when Stavros Milos (Oliver Platt) found the money buried in the snow by Carl Showalter (Steve Buscemi) in the 1996 Coen Brothers film.

“We’re not doing Kirk and we’re not doing Picard,” Hawley said of his Star Trek movie. “It’s a start from scratch that then allows us to do what we did with Fargo, where for the first three hours you go, ‘Oh, it really has nothing to do with the movie,’ and then you find the money. So you reward the audience with a thing that they love.”

Hawley had finished the script for the movie and begun hiring designers before the project was put on hold by Paramount. It’s not clear why the movie has been paused, but rumor has it that the film might be about a deadly virus which might feel awkward given the ongoing COVID-19 pandemic. Despite being put on hold, the movie is still very much alive, according to Hawley.

Aside from Hawley’s Star Trek movie, there are two other Star Trek films in the works ― one that The Revenant’s Mark L. Smith wrote for Quentin Tarantino to direct, and another that’s going to bring back the original cast from J.J. Abrams’ Star Trek trilogy. Both projects have also had their own shares of obstacles. Tarantino had dropped out as director from Smith’s treatment, while S. J. Clarkson, who was initially attached to direct the sequel to Abram’s trilogy, had exited the project for Game of Thrones. Given these drawbacks, it’s still possible that the next Star Trek movie to come out would still be that of Hawley’s.

Deadline reported last month that Paramount’s new motion picture group president Emma Watts was in the process of figuring out the best way to reboot Star Trek on the big screen, but fans have yet to hear an official announcement on what direction the movie franchise is heading.