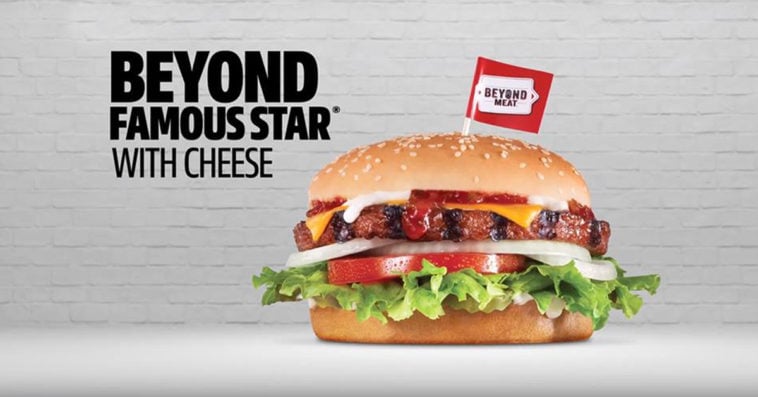 The Beyond Famous Star burger is topped with melted American cheese, lettuce, tomato, sliced onions, dill pickles, special sauce, and mayonnaise on a seeded bun. Though the GMO-free, gluten-free, and soy-free Beyond Burger patty has lower saturated fat than regular beef, it still tastes much like its conventional meat counterpart.

The Beyond Burger patty is Certified Vegan by Vegan Action/Vegan Awareness Foundation. But because all burgers at Carl’s Jr. are prepared in kitchens where animal-based products and byproducts are also made, the Beyond Famous Star burger is not Certified Vegan.

Despite not being Certified Vegan, the Beyond Famous Star burger is a great alternative for consumers who are looking for healthier food.

“We know people are looking for options – in fact, roughly one-third of consumers identify as flexitarians – and we’re thrilled to partner with Beyond Meat to bring more delicious, irresistible flavors to our menu,” said Jason Marker, CEO, CKE Restaurants. “The new Beyond Famous Star is a true industry game changer, and we’re proud to add it to our roster of innovative offerings and build on the legacy of mouthwatering flavors.”