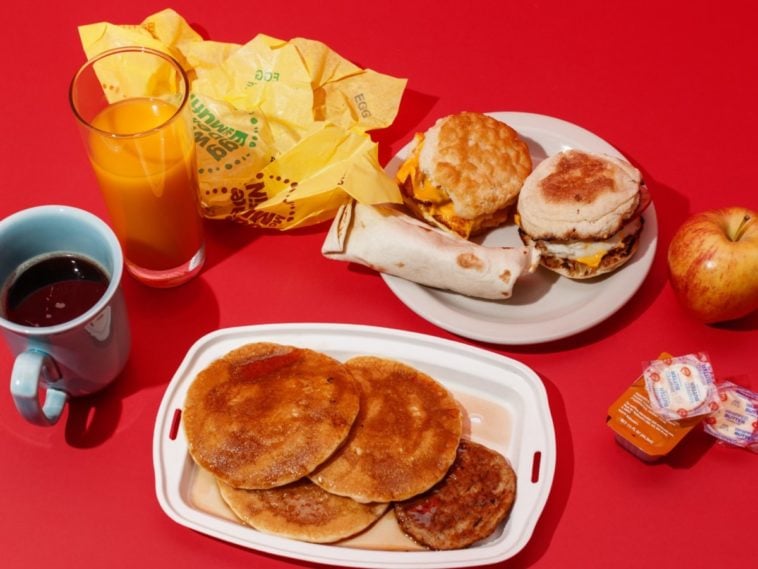 In an attempt to curb its slumping breakfast sales, McDonald’s is planning to launch new menu items.

Targeted at “meat lovers and people looking to grab a hearty breakfast on the go,” the so-called ‘Triple Breakfast Stacks’ come loaded with “three times as much meat as the typical breakfast sandwich.”

Business Insider was the first outlet to report on the new items, acquiring the information via leaked internal documents.

The documents suggest that upcoming sandwiches – available as a biscuit, McGriddle, or McMuffin – will feature two sausage patties, two layers of cheese, bacon, and an egg.

The proposed change is just the third major shake-up to the company’s breakfast menu in the past 15 years. Others include the McGriddle and the introduction of All-Day Breakfast.

CEO Steve Easterbrook says he believes the new items will revitalize the company’s lackluster breakfast sales. However, some analysts disagree, citing the company’s unhealthy offerings – not its lack of meat – that turn customers toward Chipotle, Panera, and other “fast casual” restaurants billed as healthy alternatives.

According to Business Insider, McDonald’s has pegged November 1st as the official launch date for the Triple Breakfast Stacks.