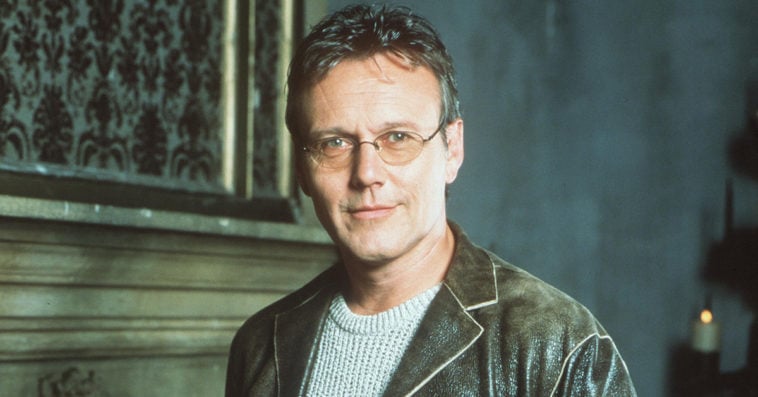 Anthony Head is game to return to the world of Buffy the Vampire Slayer.

In a recent interview with the New York Post, Head said that he would be open to appearing in the Buffy the Vampire Slayer reboot, if asked.

“Yes. I wouldn’t know what as, because Giles has aged a little bit,” said the 65-year-old actor, referring to his character Rupert Giles in the supernatural drama. “Maybe I’m the head of the Watcher’s council now. But to be honest, of course I would. It was so formative.”

Head’s turn as Giles made him more popular during the show’s 1997-2003 run. In fact, “[fans still bring it up] quite a lot,” the actor shared. “[And] it does span the generations. I still don’t understand how it never came away with any Emmys, or any of those awards. People [tell me] how much it meant to them at the time they were growing up, how it resonated, and bless them. They quite often say Giles was the father figure that was missing in their lives for various reasons. I think that’s part of its longevity. It hit home. It’s quite remarkable.”

Created by Joss Whedon, Buffy the Vampire Slayer follows the story of Buffy Summers (Sarah Michelle Gellar), the latest in a line of young women known as Vampire Slayers, who are chosen by fate to fight vampires, demons, and other forces of darkness. Like previous Slayers, Buffy is aided by a Watcher (Head), who guides, teaches, and trains her. She also surrounds herself with a circle of loyal friends who become known as the Scooby Gang.

Though the next Buffy the Vampire Slayer project is being referred to as a reboot, series writer and showrunner Monica Owusu-Breen implied in a statement that the new show is more of a spinoff or a sequel centered on an entirely new character.

If that’s really the case, then it would make sense if Head’s Giles and other characters from the original appear in the reboot.