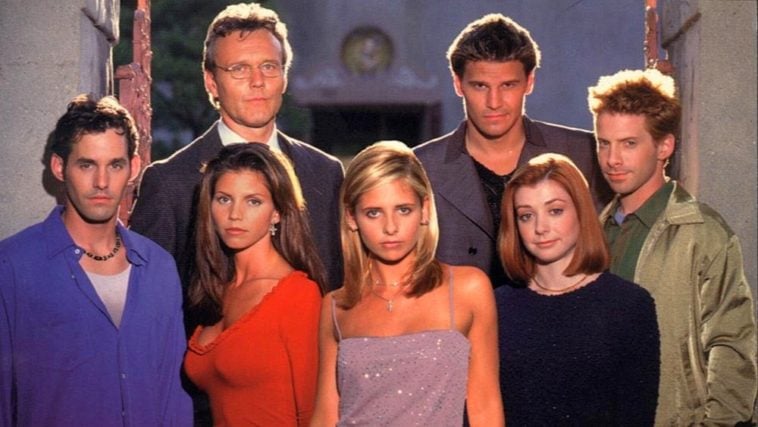 Let’s face up to facts. If you grew up watching Buffy the Vampire Slayer in the late 90s and early 00s, then you (like me) probably have a Vampire Slayer-shaped hole left in your heart.

You probably have a vampire-shaped hole there too.

Alas, by now most of us fans have faced up to the idea that Sarah Michelle Gellar will never kill a blood drinker again.

However, before you close your Xander Harris tribute page, you should note that the head of Fox Television Group, Gary Newman, has said that the channel’s decision makers “frequently discuss” a reboot of the show.

You may be saying to yourself, “the head of the TV group who helped create this great show want to relaunch it. Why can’t this happen?”

The show cannot be rebooted without its creator. Mr. Newman echoed this point, when he said:

Whedon discussed the idea of taking the show out of retirement while speaking to EW in 2017.

He said: “Everything sort of finds its way back somewhere. I’ve been trying deliberately to move forward and do something a little bit different. But yeah, the great thing is everybody looks great, and the other great thing is the show is about growing up. If we did it with these guys, they’d be the age they basically are. They’d probably play a little younger because they can do that. But yeah, you’d see somebody going through their life at a different stage. It wouldn’t be like, ‘I can’t believe we’re still in high school! I wear Depends!'”

We don’t know about you guys, but to us that sounds like a Buffy-shaped hole in our lives might soon have its filling.

READ  Ralph Breaks the Internet trailer is going to rickroll you

The X-files has been brought back, a reboot of Roswell and Charmed are on their way – come on Joss, you know it’s time!