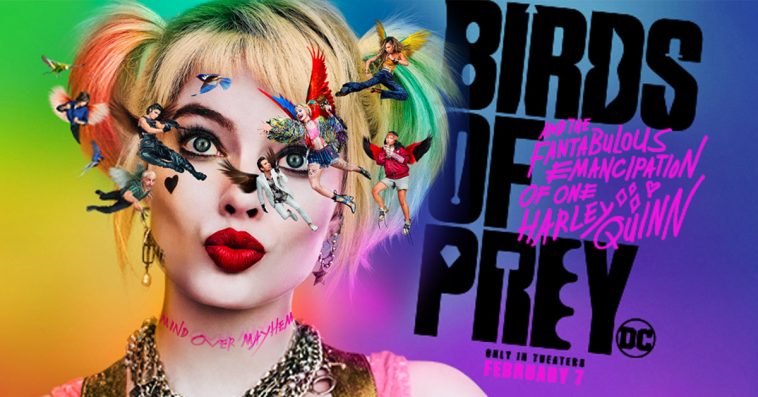 Margot Robbie’s Harley Quinn will be back on the big screen early next year. But instead of returning with her original crew, the Suicide Squad, the Cupid of Crime is making a comeback with a group of badass female heroes dubbed as the Birds of Prey.

The just-released first trailer for the movie Birds of Prey (and the Fantabulous Emancipation of One Harley Quinn) previews how Harley forms an unlikely alliance with Black Canary (Jurnee Smollett-Bell), Huntress (Mary Elizabeth Winstead), and Renee Montoya (Rosie Perez) as they try to protect a young girl named Cassandra Cain (Ella Jay Basco), who comes across a diamond belonging to the brutal and iron-fisted crime lord Black Mask (Ewan McGregor).

The two-minute video starts with Harley declaring that she wants a fresh start following her break-up with Joker (Jared Leto), and as she points out in trailer, she isn’t the only dame in Gotham that’s looking for emancipation. While those other dames are clearly Black Canary, Huntress, and Renee, details about their respective back story are being kept under wraps.

When Black Mask and his men are nearing to catch them, Harley, Black Canary, Huntress, and Renee — despite their differences — are left with no choice but to work as group. “He’s after all of us now. None of us are walking out of here unless we work together,” Harley tells her new pals.

The trailer ends with a cool montage of action scenes, including a couple of flying kicks, a slow-mo shot of Harley making a somersault, and firework-like explosions.

The Cathy Yan-directed movie, which also stars Chris Messina as Victor Zsasz, will open in theaters on February 7th, 2020.