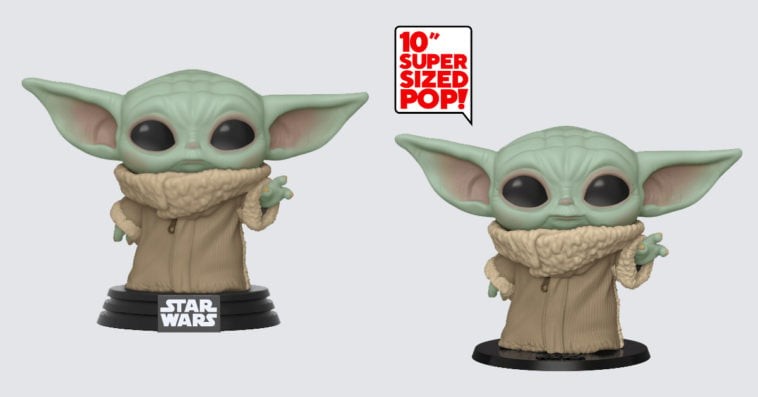 The Child, aka Baby Yoda, from the hit Disney+ series The Mandalorian is now the top pre-order Funko Pop figure of all time.

The exciting news was revealed by Funko art director Reis O’Brien on Thursday via a Twitter video, in which he shared some insights into how they created the toy under a veil of secrecy.

“It’s bananas,” O’Brien said of the figure’s huge popularity, before revealing that Funko only received design specs for the character on a need-to-know basis. And prior to Disney sending over character information, no one from Funko was shown early episodes of the series.

“They’ve got to guard spoilers. They’ve got to keep secrets,” O’Brien said of why Disney was very careful in releasing details about the breakout character. “As far as story points go, we get nothing.”

For some reason, a new photo of the Baby Yoda Pop figure posted on Twitter on Wednesday has also been removed.

Available in standard and super sizes, this adorable Baby Yoda toy is a figurine of The Child character in the Disney+ web series The Mandalorian

Unveiled last December, Funko’s Baby Yoda Pop comes in two sizes: the standard 3 ¾-inch figure and the supersized 10-inch figure. As of writing, both the standard ($8.79-$10.99) and the 10-inch Baby Yoda Pop figure ($29.99-$34.99) are already sold out on Amazon, but they are still available for pre-order at Entertainment Earth, Walmart, and Target. Shipping is slated for May 2020 but is subject to change.