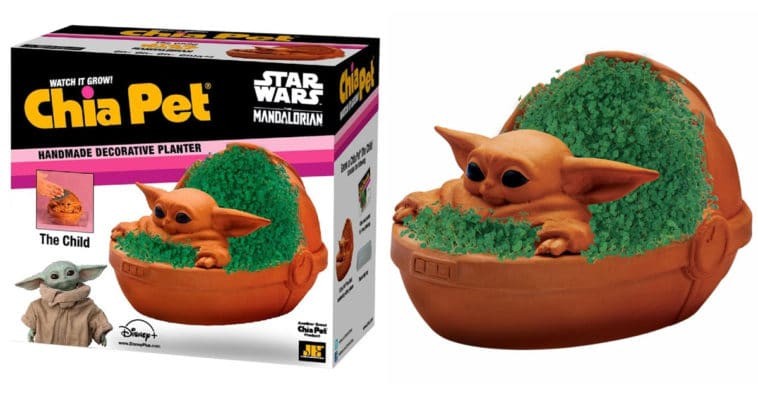 Baby Yoda finally has his own Chia Pet.

In celebration of Star Wars Day on Tuesday, the National Entertainment Collectibles Association (NECA) and Joseph Enterprises have announced the release of a Chia Pet based on The Mandalorian breakout character, The Child.

Previously unveiled at the Toy Fair earlier this year, the Baby Yoda Chia Pet comes to life in just days, with full growth in 1-2 weeks using the simple included instructions. If one does it right, the Chia Pet’s mud-grown seeds make a green cushion of natural padding inside Baby Yoda’s hover pram. 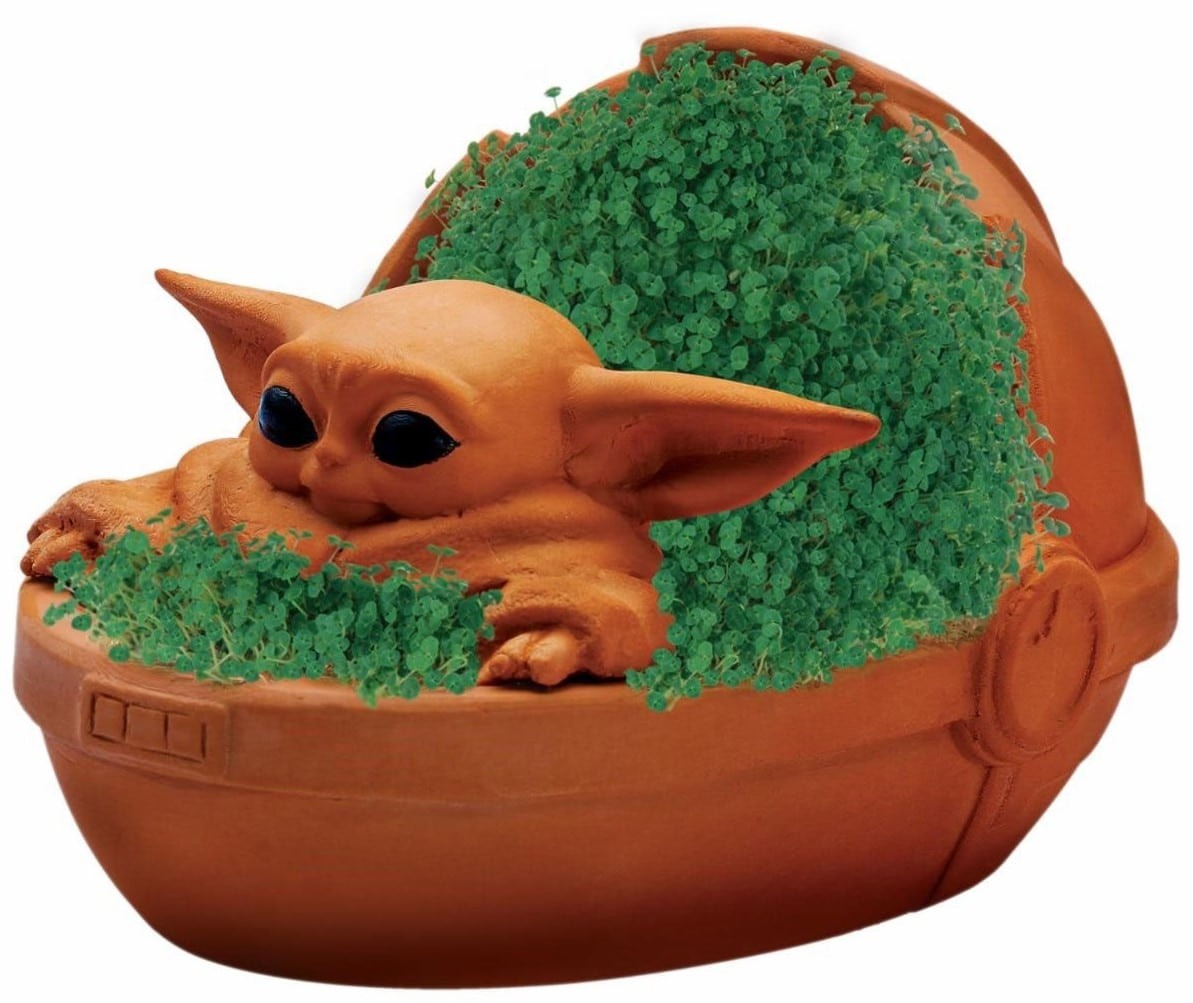 The handmade decorative planter, which can be reused indefinitely, comes with a packet of Chia seeds good for three plantings. It can also be replanted with Chia-like seeds such as basil or alfalfa.

The Baby Yoda Chia Pet is now available for pre-order on Entertainment Earth for $19.99, with shipping slated for July.

No one will be able to resist the cuteness of this Baby Yoda Chia Pet, which makes it a unique gift for both young and adult Star Wars fans

Aside from Baby Yoda, his fellow Star Wars characters Yoda and Chewbacca also have their own Chia Pets. Both terracotta planters retail for $19.99 each.

Though Baby Yoda won’t be back for The Mandalorian Season 2 until fall, fans can satisfy their craving for more The Child content by watching the eight-episode documentary series Disney Gallery: The Mandalorian, which premiered on Disney+ today, May 4th.

Hosted by The Mandalorian creator Jon Favreau, the docuseries features interviews, never-before-seen footage, and behind-the-scenes roundtable conversations about the Pedro Pascal-led series. Though the premiere episode focuses on the show’s directors, the documentary is expected to dedicate a whole episode for Baby Yoda. Subsequent episodes of Disney Gallery: The Mandalorian are set to air weekly on Fridays.