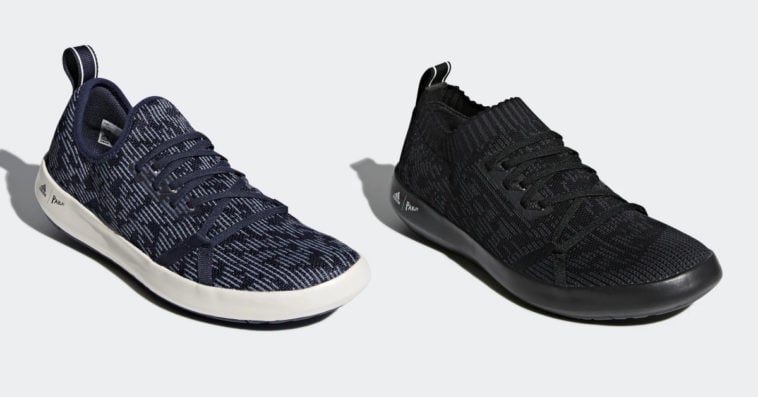 These sneakers are the Terrex Parley DLX boat shoes and the Terrex Climacool Parley shoes. Selling for $100 and $90, respectively, the knitted uppers of both sneakers are created with yarn made from recycled waste from beaches and coastal communities, that is intercepted before it reaches the ocean. The monochrome designs of the shoes are achieved through zero-dye technology, which requires fewer chemicals as well as less energy and water.

Each shoe of the Ultraboost Uncaged Parley running shoes is made up of around 5 recycled 500ml bottles’ worth of plastic. The upper part of the shoes is made from 100% PCR plastic yarn, while the 3D-printed soles and midsoles are made from recycled polyester and fill net content. The plastic used to produce the sneakers comes from Parley for the Oceans’ localized clean-up operations, which are based in the Maldives and along 1,000 coral islands off the western coast of India.

“With Adidas products made from recycled plastic, we offer our consumers real added value beyond the look, functionality and quality of the product, because every shoe is a small contribution to the preservation of our oceans,” Adidas’ global brands executive Eric Liedtke said in a statement.