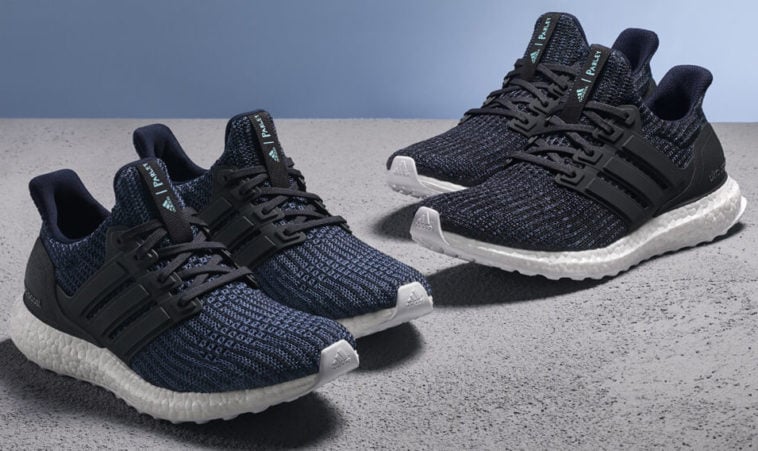 Adidas Parley sneakers are made from ocean waste

On Monday, Adidas publicly announced a commitment to stop using ‘virgin’ plastic in its products.

According to CNN Money, this move “would save an estimated 40 tons of plastic per year, starting in 2018.” Currently, only 14% of global plastic is recycled. This figure is dismal, especially when compared to paper and steel, which have reuse rates of 58% and 90%, receptively.

Adding to the problem, research suggests by 2050 the world’s oceans will contain more plastic waste than fish by weight. This potentially calamitous situation is exasperated by the fact that worldwide use of plastic is expected to double within the next 20 years.

In an effort to further curb pollution of the oceans, other well-established multinational brands have also started to eliminate wasteful plastic products. Recently, McDonald and Starbucks have begun experimental programs with the goal of eliminating plastic straws. Furniture manufacturer Ikea is planning to gradually discontinue using “single-use” plastic in its stores and restaurants.

Even entire cities and countries are pushing similar programs to tamp down on waste. In Seattle, Washington, July 1st was the first official day that a full ban targeting plastic utensils, including straws, went into effect. In the UK, Prime Minister Teresa May is taking things a step further with a plan to “get rid of all plastic waste by 2042.”

Monday’s announcement comes not long after the company indicated that their 2019 spring and summer apparel line will contain roughly 41% recycled polyester. This is a huge leap forward considering polyester makes up roughly 50% of all materials used by Adidas.

As a pleasant bonus, the company is expecting its recycled Parley shoe purchases to climb to 5 million in 2018 – a steep increase from the limited run of 7,000 pairs just two years ago. According to Adidas’ CEO, the Parley recycling initiative has already stopped some 11 million plastic bottles from reaching our oceans.