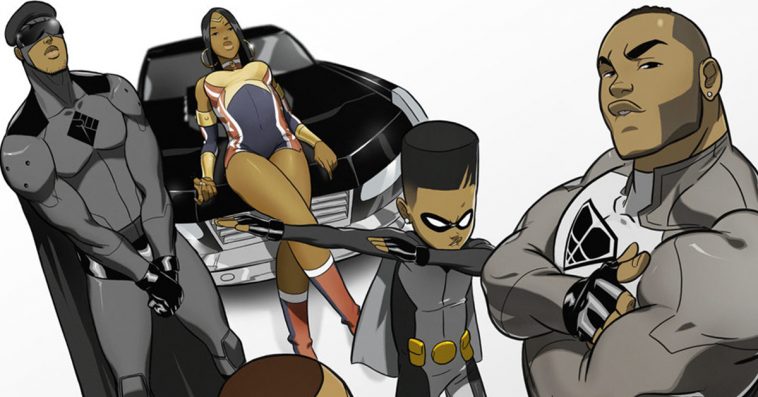 Based on Anthony Piper’s indie graphic novel of the same name, the series combines the worlds of superheroes, anime, and hip hop culture. Set in an era of social injustice and internet trolls, the series centers on a league of black superheroes called Trill League, who is tasked with saving the world from monsters, super villains, and haters of all kinds. Featuring a remixed rendition of fan-favorite superheroes, the series boldly satirizes the modern American society.

Trill League is co-created and written by Piper and South Park consultant Jameel Saleem, who will both executive produce the series with Jackson and 3 Arts Entertainment’s Jermaine Johnson. 3 Arts and Jackson’s G-Unit Film & Television will produce in association with Lionsgate TV.

“I am excited to bring G-Unit Film & Television to an innovative platform like Quibi with my partners at Lionsgate and 3 Arts,” Jackson said. “Anthony Piper and Jameel Saleem have created a world we haven’t seen before in Trill League, looking forward to sharing it soon.”

Piper is pretty keyed up with the project as well, saying: “As an artist and writer, I couldn’t be more excited to fulfill this lifelong dream of creating a world with voices which reflected the one I came from. Working alongside my talented co-writer Jameel, as well as all of the partners involved (G-Unit, Lionsgate, Quibi, 3Arts), this has been one of the dopest endeavors of my creative career.”

Though the series is just about to fully materialize, Saleem knows that it’s going to be exceptional. “Writing a show about black superheroes is a dream come true for me and I couldn’t be luckier getting to do it with the brilliant Anthony Piper, who created this awesome world, and all the folks at G-Unit, Lionsgate, 3Arts and Quibi. It’s going to be something special,” he said.

Launched in 2015 with a Kickstarter campaign, Trill League parodies many of the characters from DC Comics. Though social media has since helped the graphic novel rise to prominence, it remains to be a relatively obscure brand in the world of comics.

The Trill League TV series has no release date yet, but the short-form mobile video platform Quibi is slated to launch on April 6th, 2020.