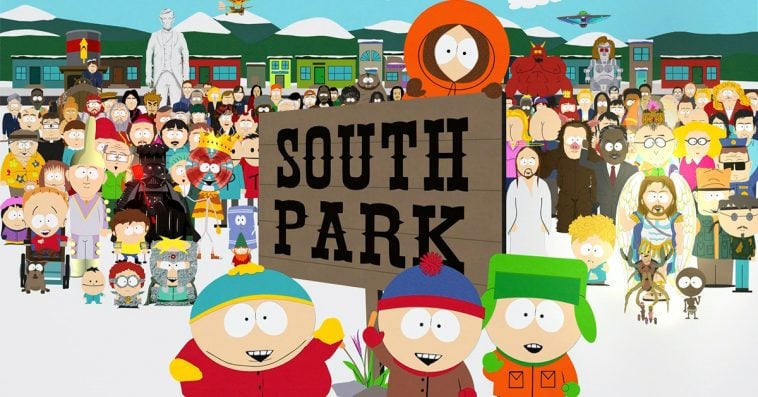 South Park has been scrubbed from the Chinese Internet after its most recent episode criticized China’s censorship regulations and Hollywood’s submission to the country.

The controversial episode, titled Band in China, features two storylines that are critical of the country. The first one involves Randy getting sent to a work camp after getting caught trying to sell weed in China. The work camp looks similar to those in Xinjiang Province that hold millions of Chinese Muslims that are reportedly forced to undergo political indoctrination. While at the work camp, Randy even meets an imprisoned Winnie the Pooh, which, as politics buff know, has become a symbol of resistance to the country’s leading Communist Party.

You gotta lower your ideals of freedom if you wanna suck on the warm teat of China. #southpark23

The second storyline follows Stan, Jimmy, Kenny, and Butters forming a metal band. The group becomes so famous that they attracted the attention of a manager who wants to make a biopic about them. But then the script for the movie keeps getting revised so the movie can meet China’s censorship standards and have it distributed there.

Kyle returns to South Park and gives Stan a great idea, but the boys realize they can't betray their ideals. Watch the all-new episode, “Band In China” for FREE – https://t.co/oktKSJvjxS #southpark23 #fingerbang pic.twitter.com/Bq5K6gWjOV

Apparently, the Chinese government censors took offense in the episode and retaliated against South Park by virtually removing every clip, episode, and online discussion of the show from Chinese streaming services, social media, and fan pages.

For instance, China’s microblogging site Weibo no longer displays a single mention of the long-running Comedy Central series. All links to clips, episodes, and even full seasons of the show are now dead on the country’s streaming service Youku. The threads and sub-threads related to the show are also nonfunctional on China’s largest online discussion platform, Tieba.

Interestingly, the show’s ban in China doesn’t come as a surprise to South Park creators Trey Parker and Matt Stone. In fact, the duo even released a statement with a sarcastic apology to China, which also threw shade at the NBA’s poor response to the controversy surrounding Daryl Morey’s tweet expressing his solidarity with Hong Kong’s pro-democracy protestors.

“Like the NBA, we welcome the Chinese censors into our homes and into our hearts,” the statement reads. “We too love money more than freedom and democracy. Xi doesn’t look like Winnie the Pooh at all. Tune into our 300th episode this Wednesday at 10! Long live the great Communist Party of China. May the autumn’s sorghum harvest be bountiful. We good now China?”