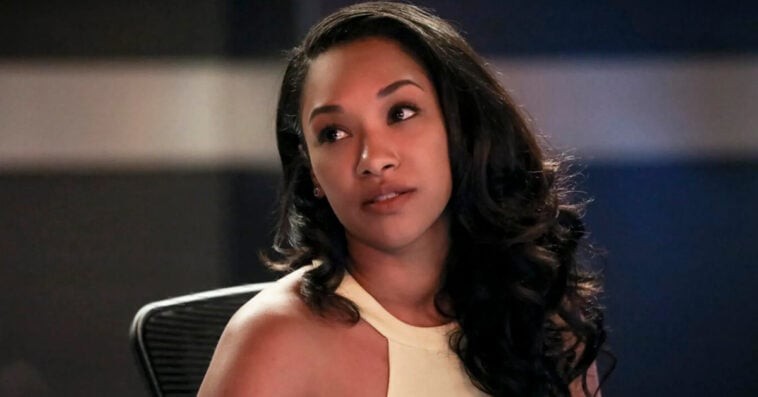 The CW’s The Flash is wrapping up its eighth season this week, and while the show is already confirmed to return for a ninth season, Candice Patton already knows what she wants to be her legacy for her entire Arrowverse stay.

During a 2021 Instagram live with fellow Black actress Javicia Leslie (Batwoman) Azie Tesfai (Supergirl), and Anna Diop (Titans), Candice Patton revealed what she wants people to remember her for her time in The Flash.

“What I want people to remember me for this time of my life was … some sort of grace under fire,” said the actress, who has been the subject of mistreatment since getting cast in the role of Iris West. “I handle it as well as possible. Sometimes not great. Sometimes really great. And I guess that would be my advice to people, especially to girls that look like us: ‘Bend but don’t ever break.’”

Candice Patton admitted that she had thought of leaving the show several times due to the challenges that come with working in a White-dominated production, but she resisted each time because she knows that playing the role of Iris West will inspire many young girls who look like her to strive for their dreams in the future.

“I had conversations like ‘I’m leaving the show. I’m done. I’m out.’ And for me, what always had me coming back was [the fact that] there are people who loved this character, who are dying to see themselves on screen, and if I stop now, everybody that is supposed to be coming after me on these shows, it’s like it just resolidifies the idea to the higher-ups ‘Oh, it doesn’t work. These characters don’t work. They are not successful,’” the actress explained. “So I have to stay and dig my feet it and make Iris successful because it needed there to be other Iris Wests. And so as hard as it was that’s my advice: ‘bend do not break.’”

candice talking about how she almost left the show but she stayed because she knew the impact iris west would have on young black girls and what that representation means to them pic.twitter.com/ETA8WRvw38

Since making her 2014 debut as Iris West on The Flash, Candice Patton has been the subject of harassment and outright hatred from some fans who insist that other characters are “better” love interests for Barry Allen (Grant Gustin), despite the fact that Iris and Barry’s marriage is actually canon in the comics.

Sadly, The CW let Candice Patton go through these harassments and vitriol for years, only releasing an official statement on zero tolerance for racism, misogyny, and hateful comments towards the LGBTQ+ community in 2020 – six years before The Flash‘s debut.

The network let Candice go through years of harassment and vitriol, pretending they didn’t see it, before deciding to say something. pic.twitter.com/GK0aXuE7HL

In a number of interviews in the past, Candice Patton also shared that she had to pay to get her hair done because Warner Bros. Television wouldn’t pay it for her.

“I shoot in Vancouver and there aren’t a lot of salons that are well-versed in ethnic hair here because of the demographics here,” the actress shared to Hypebae in June last year. “I would fly back and forth to L.A. anytime I had a couple of days. So I just decided to get my hair treated and done at a local salon I had been to and trusted in Los Angeles. The studio wouldn’t cover the costs for me to do this at my preferred salon. Eventually, they relented but advised that I couldn’t do it again and would only reimburse me for salons in Vancouver. And I’m sure they have logistical reasons for this policy, but the blind spot is not understanding that my options as a Black person are limited in certain places.”

The actress continued, “I think there’s been negligence towards the Black experience in general, and these networks and studios couldn’t see why certain things were problematic and worthy of change. It’s much easier to believe that someone is being difficult or a problem doesn’t exist because it isn’t a problem for them.”

As seen in the tweet above, some fans also pointed out that The CW was being unfair when they didn’t make a birthday post for Candice Patton, when even some non-series regular actors got greetings from the show’s social media accounts.

Candice Patton on getting called ‘difficult’

Candice Patton said that Black actresses like her are being called derogatory names for standing up for what is right.

“In the past several years of my life, I have been able to find my strength and being able to stand up for myself and for others, more importantly. And often we got labeled as divas, difficult and I like that we have changed that title into boss because that’s what really is being a boss.” the actress said in an online interview. “When I go to work, ‘I’m a boss. I’m a boss for me. I’m a boss for everyone around me. That I will stand up for you. And if that means that I have to take on a label as being difficult to do the right thing, then that’s what it takes.”

Candice Patton as an anti-racism activist

Watch the video below to know more about the actress’ take on racism and how she uses her platforms to address the issue:

How many episodes does The Flash season 8 have?