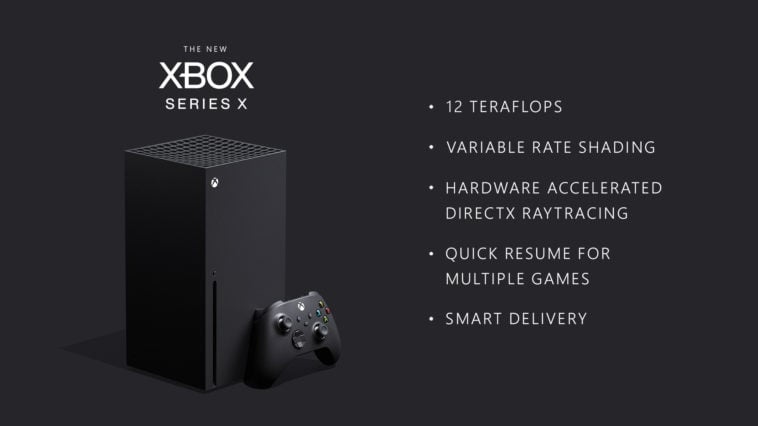 Microsoft today gave fans a detailed behind the scenes peek at the company’s upcoming Xbox Series X console. Off the bat, the Seattle-based tech giant says to expect its next-generation offering “to set new standards in graphical power and processing speeds.” The company accomplishes this by leveraging “innovative leaps in CPU, GPU, and storage technology,” according to a news release.

The Series X is powered by a custom-designed processor that’s based on AMD’s bleeding-edge Zen 2 and RDNA 2 architectures. Multiple improvements over previous chips allow the next-gen Xbox to deliver up to 12 TFLOP of GPU. For perspective, that’s eight times more performance power than the original Xbox One. Microsoft also confirmed that the Series X will support 120 fps and become the first console to feature hardware-accelerated Raytracing

In addition to great improvements to the underlying processing components, the Xbox team leans on next-generation SSD storage tech. One benefit of better storage is even larger, more dynamic game worlds. Another is the ability to almost eliminate load times. Microsoft says Quick Resume “lets you continue multiple games from a suspended state almost instantly.”

Speaking of games, the company says the Series X will include full backward-compatibility, allowing gamers to play all existing titles from the original Xbox on up. It’ll also use a new controller communication protocol called Dynamic Latency Input (DLI). This proprietary protocol was designed for “optimizing latency” in the “player-to-console pipeline.”

The Xbox Series X will be released during Q4 2020. Microsoft says to expect more information as we get closer to E3.