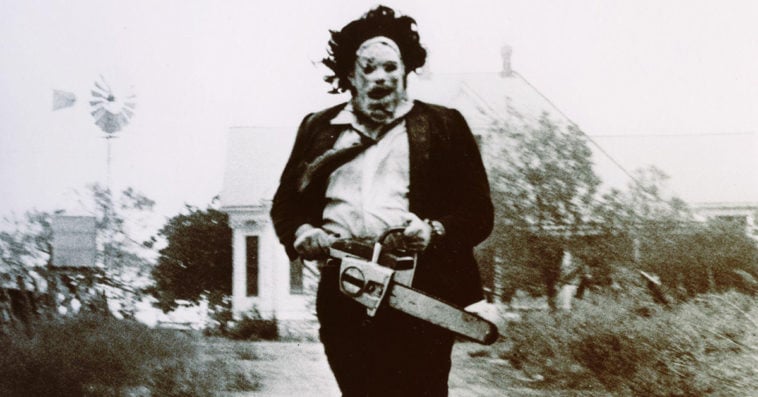 The ninth installment of the popular horror film series The Texas Chainsaw Massacre is coming out in 2021, and to get fans excited about the return of the slasher franchise to the big screen, Legendary Entertainment unveiled the first poster for the sequel in a rather unique way.

The poster unveiling started as a clue buried in the latest trailer for The Haunting of Verdansk, a huge Halloween event for video games Call of Duty: Warzone and Call of Duty: Modern Warfare. Eagle-eyed viewers were treated to a special easter egg in the trailer and were directed to TexasChainsaw.com, where they were surprised with the debut of the first teaser poster for the new Texas Chainsaw Massacre sequel.

The poster features a terrifying watercolor-like depiction of Leatherface, the cannibalistic and mentally unstable mass murderer who, alongside his family, kidnapped, murdered, and subsequently cooked unsuspecting travelers, in The Texas Chainsaw Massacre franchise.

Though the sequel doesn’t have a title yet, the poster comes with some text that reads: “In 1974, the world witnessed one of the most bizarre crimes in the annals of American history. In 2021, the face of madness returns.”

As suggested by the teaser poster, the new film ― which is a continuation of Tobe Hooper’s shocking 1974 seminal horror classic ― marks the return of Leatherface, re-introducing the iconic horror villain to a whole new generation.

On the TexasChainsaw.com website, fans can also enter their email to receive the motion version of the teaser poster, as well as a code redeemable for an exclusive Call of Duty calling card. The Haunting of Verdansk Halloween event, which runs from October 20th to November 3rd, also includes a special The Texas Chainsaw Massacre bundle that allows players to terrorize others as Leatherface.