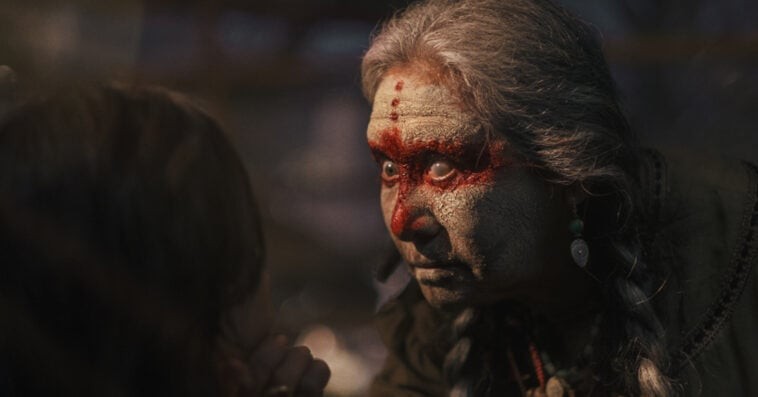 Halloween is right around the corner and if you’re just about to create your watchlist for the spookiest season of the year, then you may want to take a look at our short list of best Netflix horror movies.

In addition to its original horror films, Netflix is also the streaming home of several scary movies made by external production studios, so the list of terrifying flicks below is a mix of both.

What are the best Netflix horror movies?

The Old Ways is one of the best Netflix horror movies with impressive depth. Directed by Christopher Alender, the folk horror film stars Brigitte Kali Canales as Cristina Lopez, a Mexican-American reporter who returns to her hometown near Veracruz in search of a story on witchcraft. There, she is kidnapped by a group of locals, including a bruja – a witch doctor – who is convinced she’s possessed by a demon. Ultimately, Christina’s fight for survival becomes one for her soul.

Holding a 95% approval rating on Rotten Tomatoes, The Old Ways was praised for its slow-burn supernatural horror tale that goes from psychological thriller to full monster showdown. Critics also commended the movie’s grounded human story that serves as a commentary on the erasure of Mexican culture and traditions.

Based on the 1974 novel by Peter Benchley, Jaws follows police chief Martin Brody (Roy Scheider) who, with the help of a marine biologist (Richard Dreyfuss) and a professional shark hunter (Robert Shaw), hunts a man-eating great white shark that is attacking beachgoers at a summer resort town.

Directed by Steven Spielberg, Jaws boasts an approval rating of 97% on Rotten Tomatoes, with critics applauding its well-crafted storytelling and judicious sense of terror. At the 1976 Academy Awards, the movie won Best Sound, Best Film Editing, and Best Music/Original Dramatic Score. It was also nominated for Best Picture but ultimately lost to the psychological comedy-drama One Flew Over the Cuckoo’s Nest.

Written and directed by Babak Anvari, Under the Shadow is a psychological horror film about a mother (Narges Rashidi) and daughter (Avin Manshadi) who are haunted by a mysterious evil in 1980s Tehran, during the War of the Cities. After their building is hit by a missile during the Iran-Iraq War, a superstitious neighbor suggests that the missile was cursed and might be carrying malevolent Middle-Eastern spirits. The mother becomes convinced a supernatural force within the building is attempting to possess her daughter, and she has no choice but to confront these forces if she is to save her daughter and herself.

With an approval rating of 99% on Rotten Tomatoes, Under the Shadow was regarded by many as one of the best Netflix horror movies, thanks to its masterful blending of seemingly disparate genres that resulted in an effective chiller with timely themes and thought-provoking social subtext. Anvari and the film’s producers Emily Leo, Oliver Roskill, and Lucan Toh won Outstanding Debut by a British Writer, Director, or Producer at the 2017 BAFTA Awards.

A sequel to 2014’s Creep, Creep 2 is a found-footage, psychological horror film that continues the story of a serial killer (Mark Duplass) who lures unsuspecting videographers to their deaths, with his latest target portrayed by Desiree Akhavan.

Like its predecessor, Creep 2 was also critically acclaimed. Holding a 100% approval rating on Rotten Tomatoes, the sequel delivers more awkwardness and more unsettling terror that the first movie. The former also received positive feedback for its perfect blend of horror and humor, and for Duplass’ unforgettable performance.

His House is a Netflix original that tells the story of a refugee couple (Wunmi Mosaku and Sope Dirisu) from South Sudan who struggles to adjust to their new life in an English town that has an evil lurking beneath the surface. Holding a “certified fresh” approval rating of 100% on Rotten Tomatoes, His House is considered by critics as one of the best Netflix horror movies because of its genuine scares and honest presentation of the horrors of the refugee experience.

His House is the movie debut for Remi Weeks, who directed and wrote the film from a story by Felicity Evans and Toby Venables. Weeks won Outstanding Debut by a British Writer, Director, or Producer at the 2021 BAFTA Awards for his works on the film.