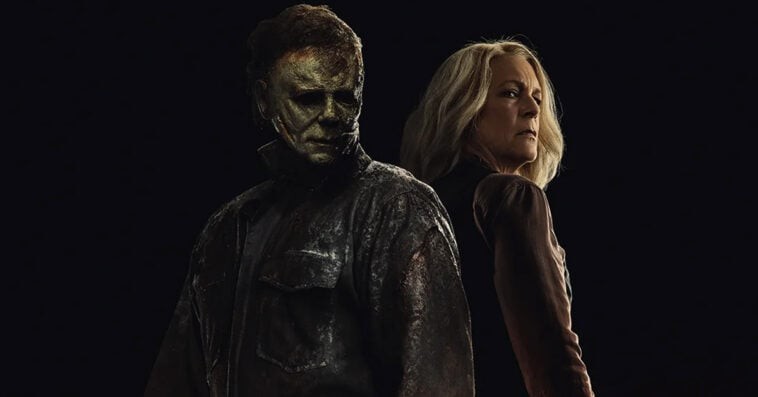 Jamie Lee Curtis’ Laurie Strode is coming back to the big screen one last time this October for her final showdown with Michael Myers in Halloween Ends. And the good news is that fans can actually watch it without leaving their homes.

When does Halloween Ends come out?

Halloween Ends is set to be released by Universal Pictures in U.S. theaters on October 14th, 2022. The slasher film was initially set to premiere on October 15th, 2021, before being delayed due to the COVID-19 pandemic.

Where can I watch Halloween Ends?

Aside from watching it in theaters, horror fans also have the option to watch the movie in the comfort of their homes via Peacock. Curtis announced in a social media video on August 24th that Halloween Ends will also arrive on the streaming service on the same day of its theatrical debut. The movie will stream on paid tiers of the platform for 60 days.

“You all know I’ve played Laurie Strode for more than four decades. And over that time, she has been relentlessly stalked by Michael Myers. Well, all that comes to an end this Halloween, and I’m very proud of our final film, Halloween Ends,” Curtis said at the start of the video. “Last year, when we put out Halloween Kills, we were in the thick of the COVID crisis, so we made that movie available in theaters and in homes at the same time. We discovered there are people who want to go to the theater and scream their guts out and other people who want to stay home and scream their guts out. What we knew is that people watched. We got great results, both at the box office and streaming.”

Curtis closed the video with a heartfelt message to fans: “It has been the honor of my life to play Laurie Strode, and no matter how you watch this final chapter, I hope you’ll get people together and scream and cheer and hold your breath to the end. We created this for you, and I thank you for your years of support, and how much you care about this story, and me, your final girl. So, I’ll see you soon. Stay safe. Happy Halloween, everyone.”

Set four years after the events of 2021’s Halloween Kills, Halloween Ends finds Laurie living with her granddaughter Allyson (Andi Matichak) and is finishing writing her memoir. Michael Myers hasn’t been seen since. Laurie, after allowing the specter of Michael to determine and drive her reality for decades, has decided to liberate herself from fear and rage and embrace life. But when a young man, Corey Cunningham (Rohan Campbell), is accused of killing a boy he was babysitting, it ignites a cascade of violence and terror that will force Laurie to finally confront the evil she can’t control, once and for all.

In addition to Curtis, Matichak, and Campbell, Halloween Ends also stars returning cast members Will Patton as Officer Frank Hawkins, Kyle Richards as Lindsey Wallace, and James Jude Courtney as Michael Myers/The Shape, among many others.