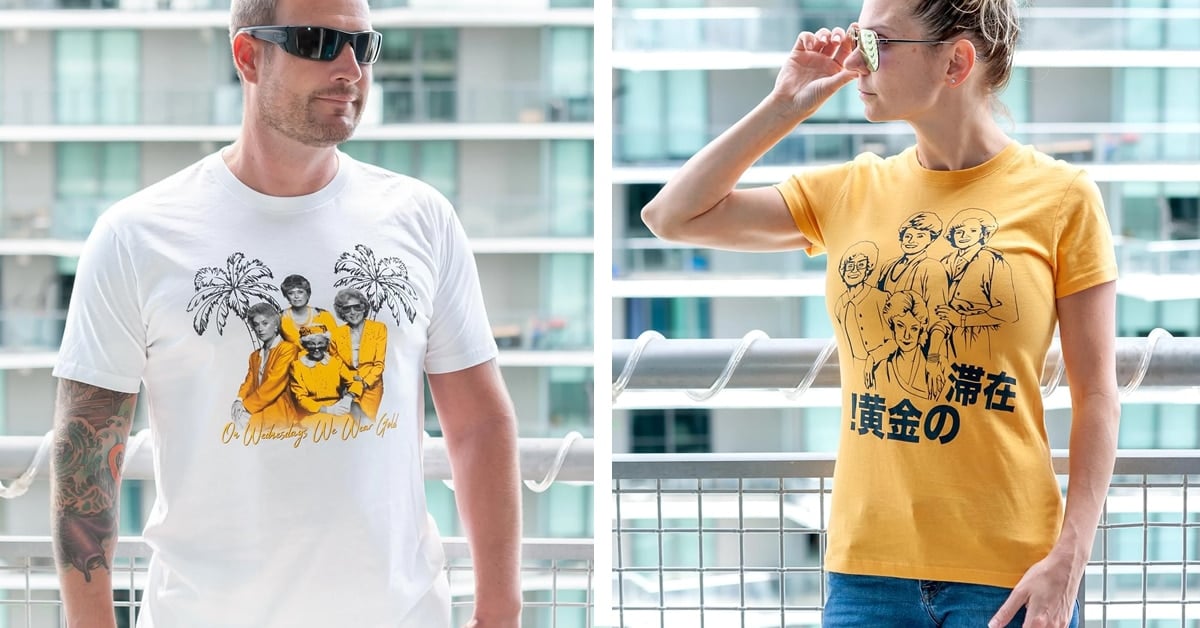 Though summer won’t officially begin until June, The Golden Girls fans can start getting their summer vibe on as early as today.

The tees are made of from 100% breathable cotton, making them very comfortable to wear during the hot summer days. Priced at $19.99 each, they’re now available on Toynk.com. Check out each of the t-shirt designs below:

#1 ‘Sophia Is My Homegirl’ t-shirt

Celebrate your love for Sophia with this light blue t-shirt decked out with an image of the character carrying her iconic purse and a lovely beach sunset in the background. Completing the tee’s charming design is the text “Sophia is my homegirl” emblazoned on the front.

Perfect for connoisseur of Japanese pop-art clothing, this gold-colored tee features a beautiful sketch of the Golden Girls printed on the front with the text, “Stay Golden, Japan!” written in Japanese.

#3 ‘On Wednesdays We Wear Gold’ t-shirt

Featuring the text “On Wednesdays We Wear Gold” and an image of the show’s four main characters in their best gold outfits, this t-shirt will definitely step up your fashion game.

Inspired by the matriarch of the comedy foursome, this tee depicts Sophia as the Godmother, a play on words from the hit Godfather film series. Designed for fans who know who the real boss of the show, this hilariously menacing t-shirt also features a cheesecake graphic complete with some dripping fruit topping that looks like blood.

In addition to The Golden Girls’ t-shirt collection, four presidential buttons based on the show’s characters have also been released and are now available on Toynk.com. Sized at 3 inches in diameter and featuring a secure metal pin backing, these button pins display the comedy queens as presidential candidates. Each pin retails for $6.99, but you can get all four for only $19.99.