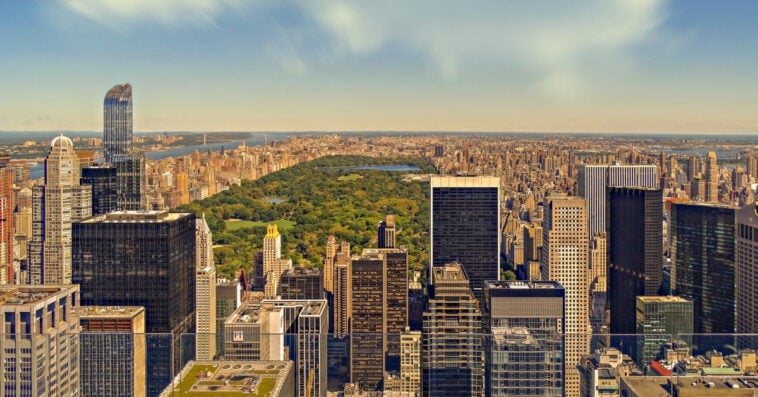 Are you planning to move to a different place in the country to start anew? If yes, then this ranking can help you decide on the next city you will call home. 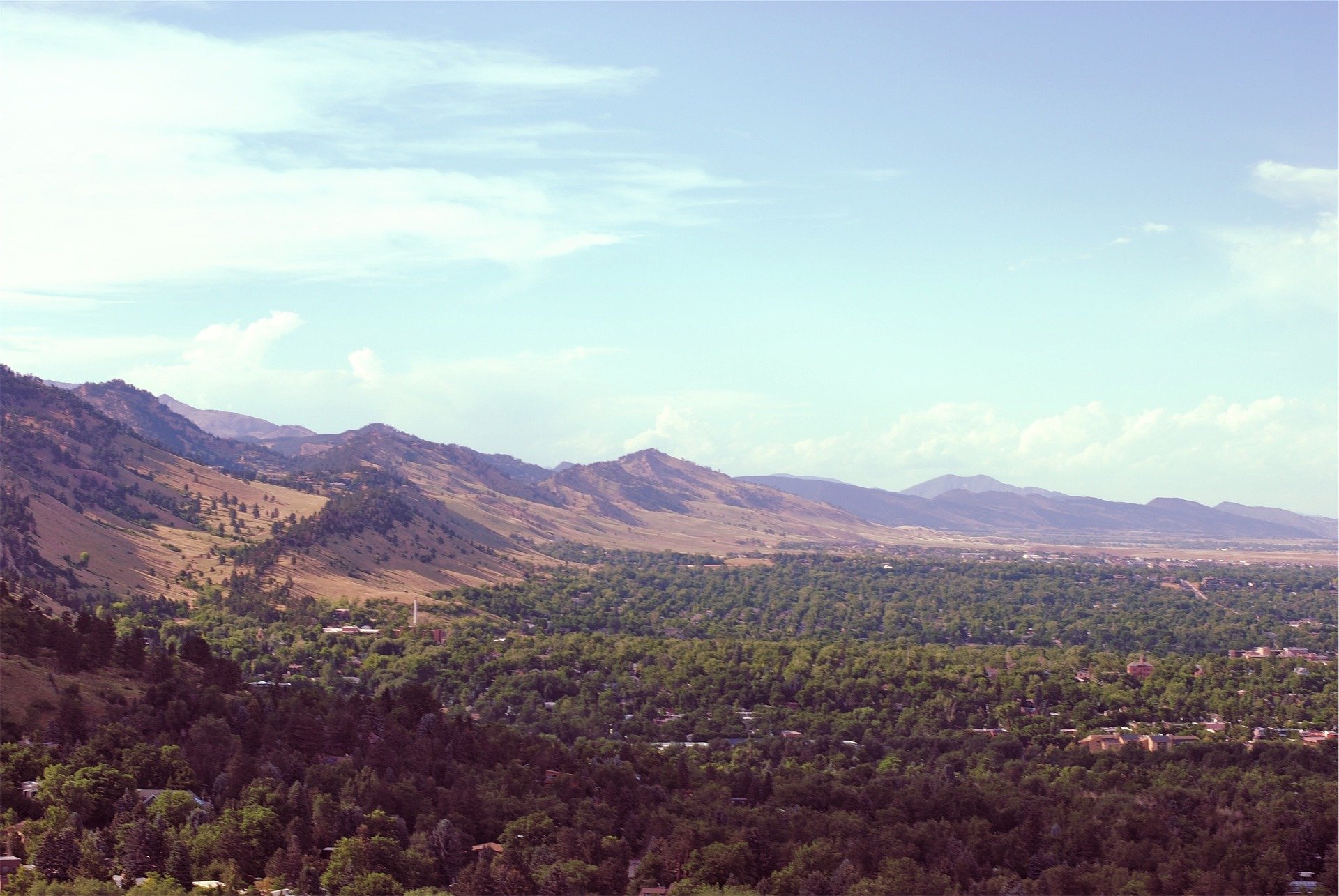 For the second year in a row, Boulder is the best place to live in in the U.S., out of the 150 most populous metro areas in the country. Based on the desirability survey and excellent education for high schoolers, Boulder has a positive reputation among U.S. residents. People living in Boulder also enjoy a high quality of life with great mountain views from their windows and an average annual salary of $67,160.

Because of its affordability and strong job market, the Raleigh and Durham metro area remains one of the top picks of people to relocate to. Some of the consistently growing industries in the area include research, technology, education, and health care. According to the U.S. Census Bureau, the Raleigh and Durham metro area grew by 5.87% due to net migration from 2015 to 2019. 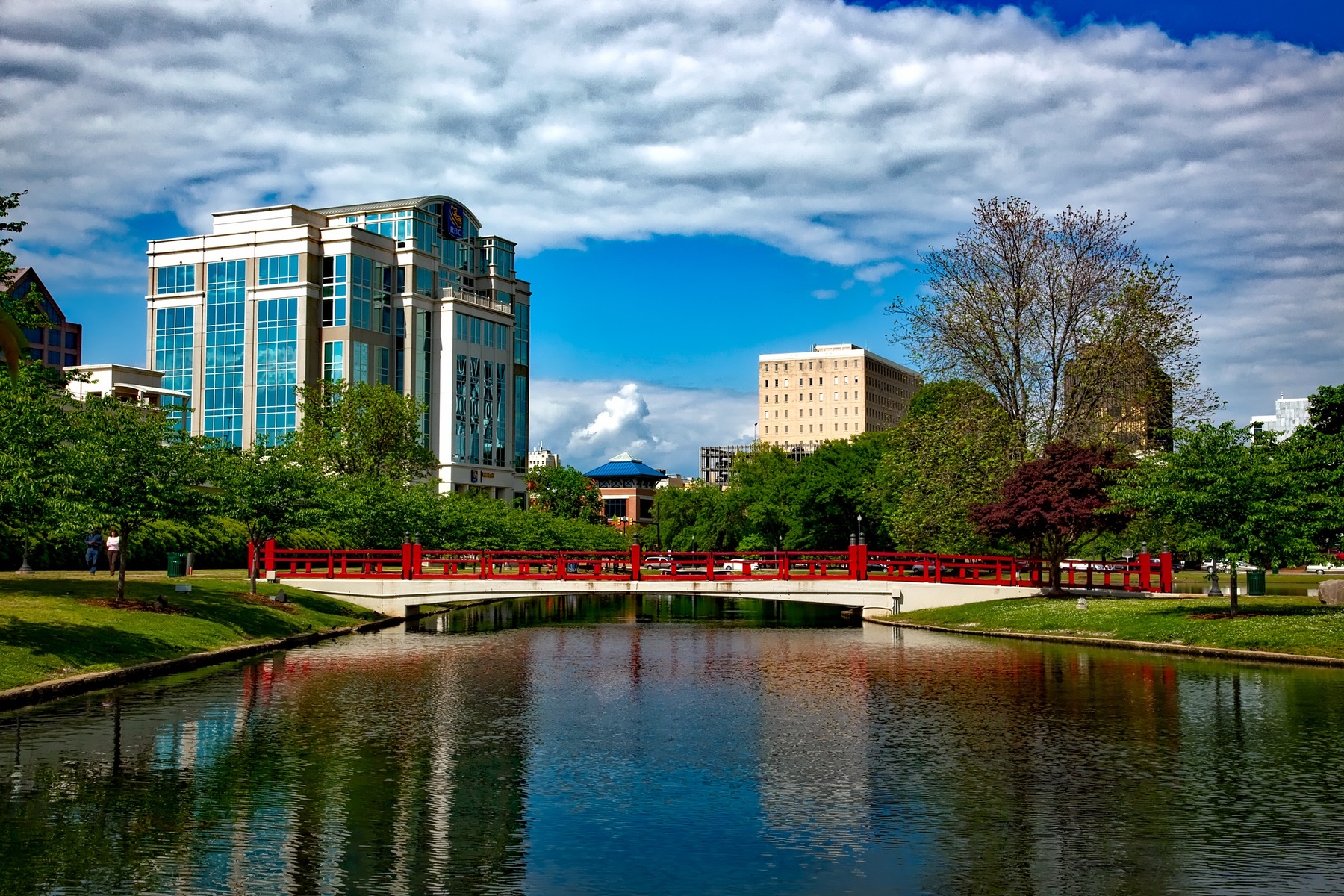 Huntsville’s stronger job market in the midst of unemployment concerns across the country helps the city jump from No. 15 to No. 3 in the overall ranking. The most affordable place to live in out of the 150 most populous metro areas in the U.S., Huntsville also has several local companies focused on science, technology, engineering, and math, which contribute to a higher average annual salary for the city residents. 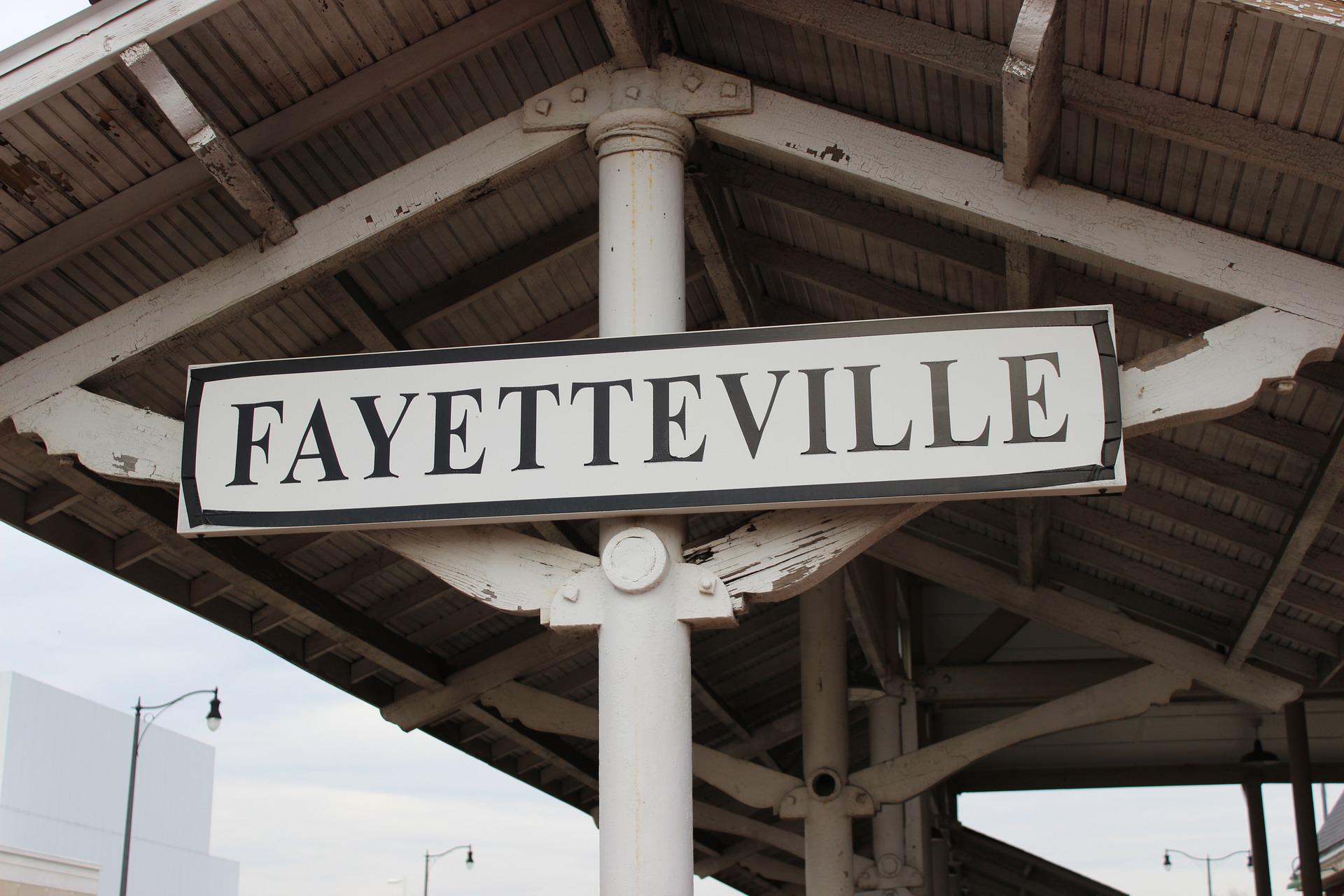 Fayetteville’s low cost of living, strong population growth due to net migration, and steady job market all help the city achieve the No. 4 spot. 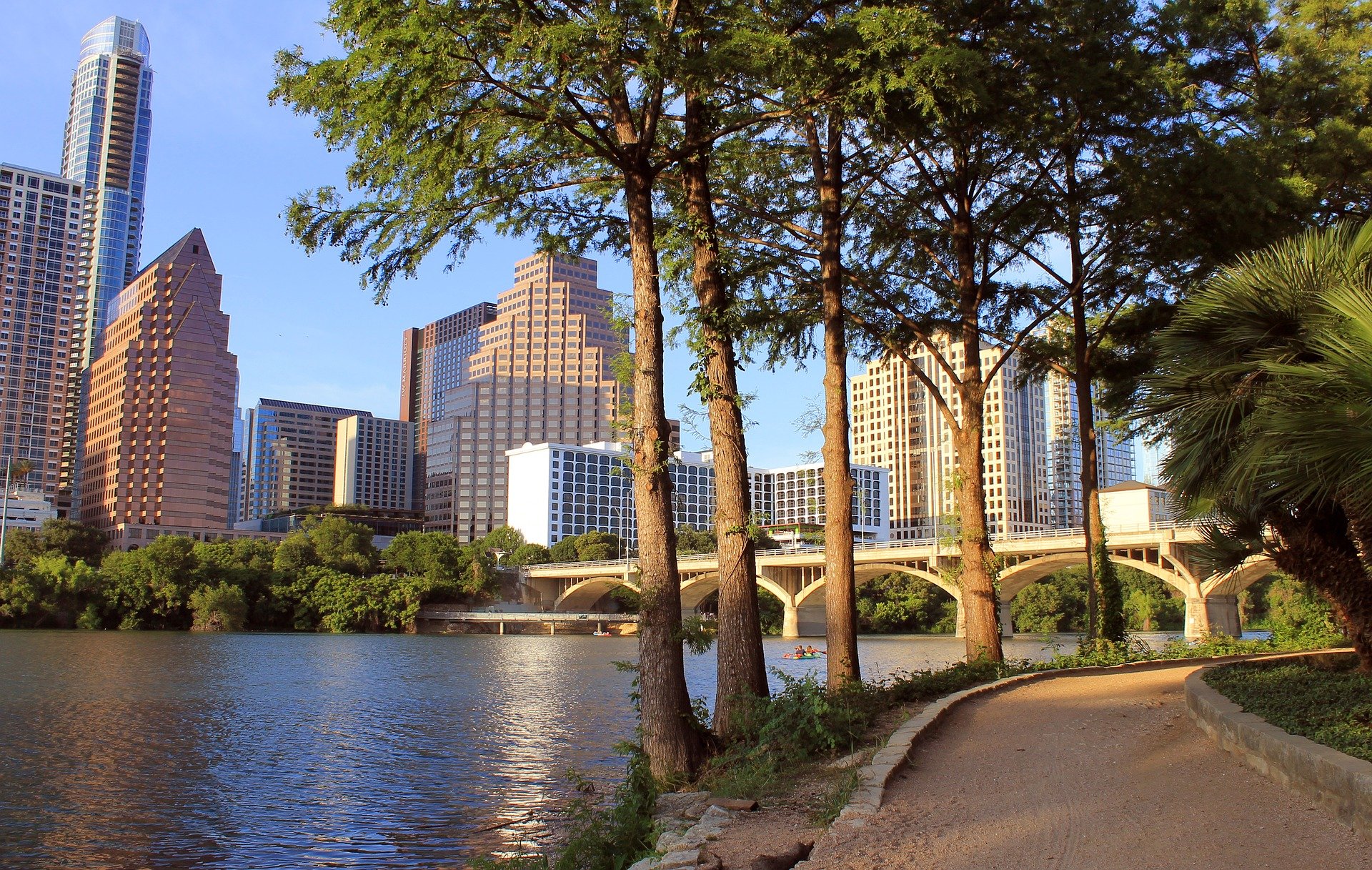 Austin was the No. 1 best place to live in in the U.S. for three years in a row in 2017, 2018, and 2019. After it was unseated in 2020 to rank No. 3, the city falls again to No. 5. Despite this, Austin is still an ideal place to live for many. It remains to have a strong job market and continued long-term population growth due to net migration, even though its cost of living continues to rise. 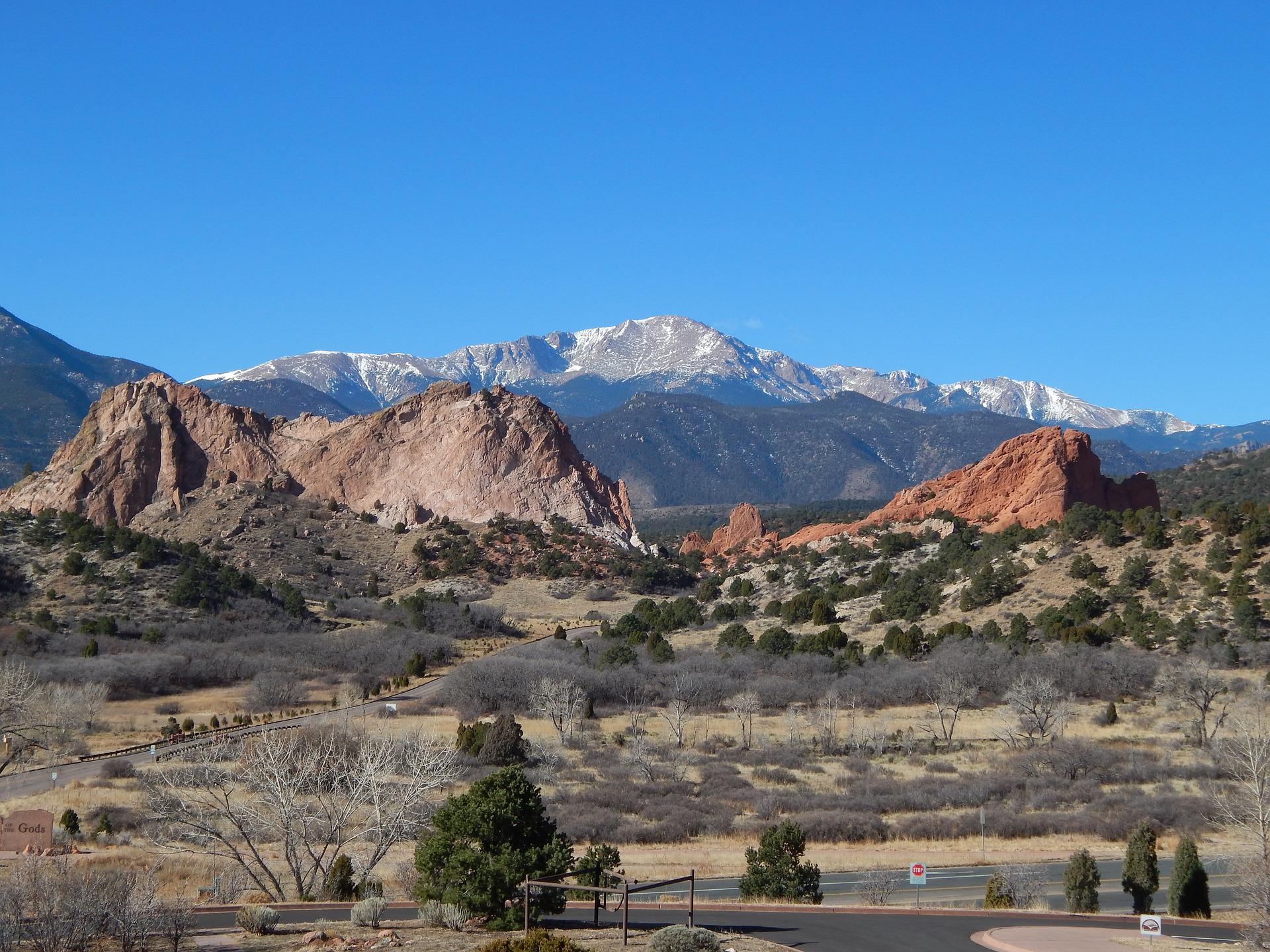 Among all the 150 most populous metro areas in the country, Colorado Springs is the most desirable place to live, sharing the top spot with Honolulu, Los Angeles, and San Francisco. Though the rising cost of living has negatively affected Colorado Spring’s affordability, the city’s steady population growth due to net migration as well as its consistently strong job market help the city score the No. 6 spot this year. 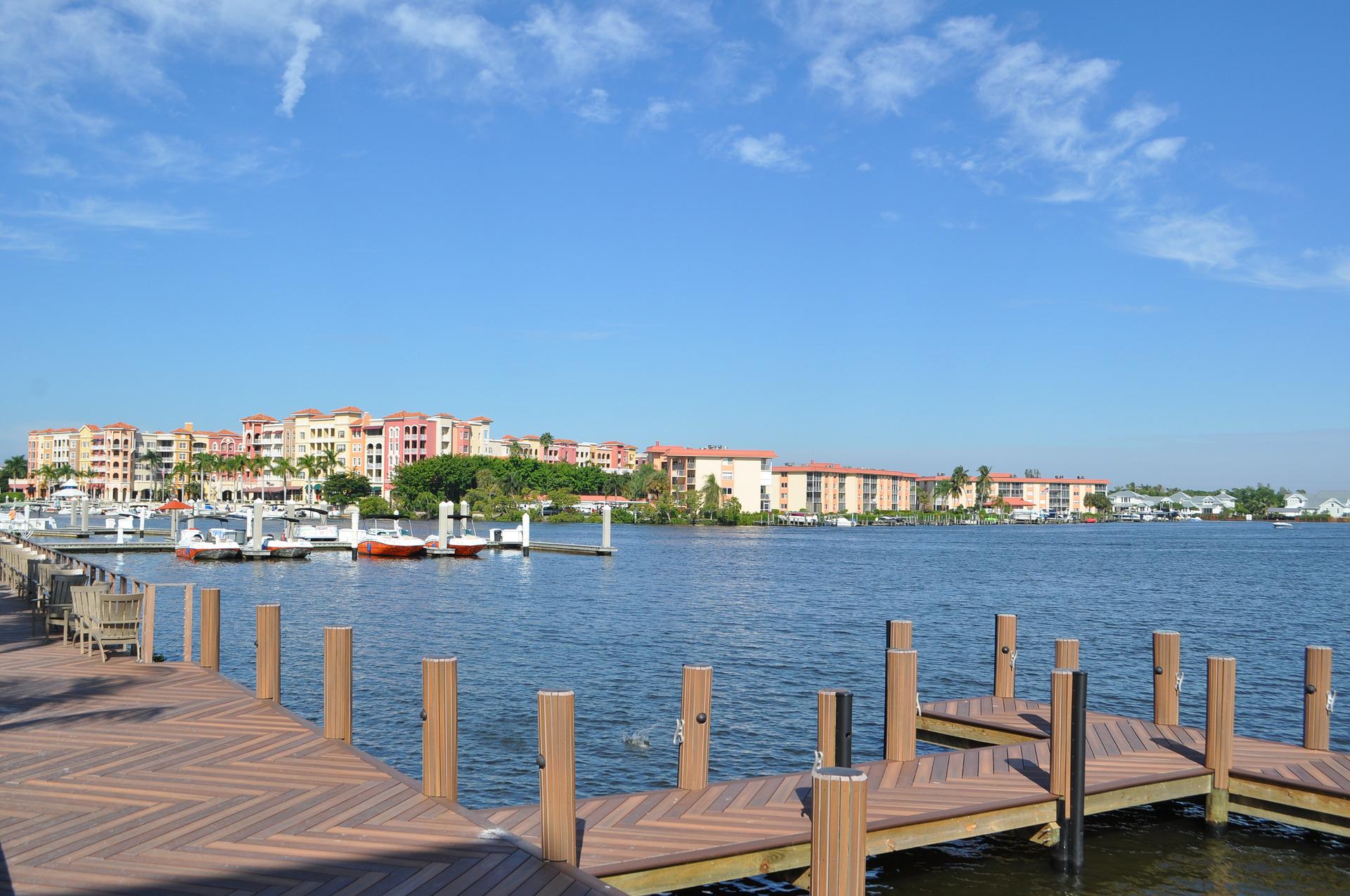 From No. 14 in 2020, Naples is now No. 7 on the overall Best Places to Live ranking in the U.S. for 2021-2022. Though Naples doesn’t attract the same number of tourists as Miami or Tampa, a lot of people want to move there. In fact, Naples is the fourth-fastest growing metro area out of the 150 U.S. places examined. 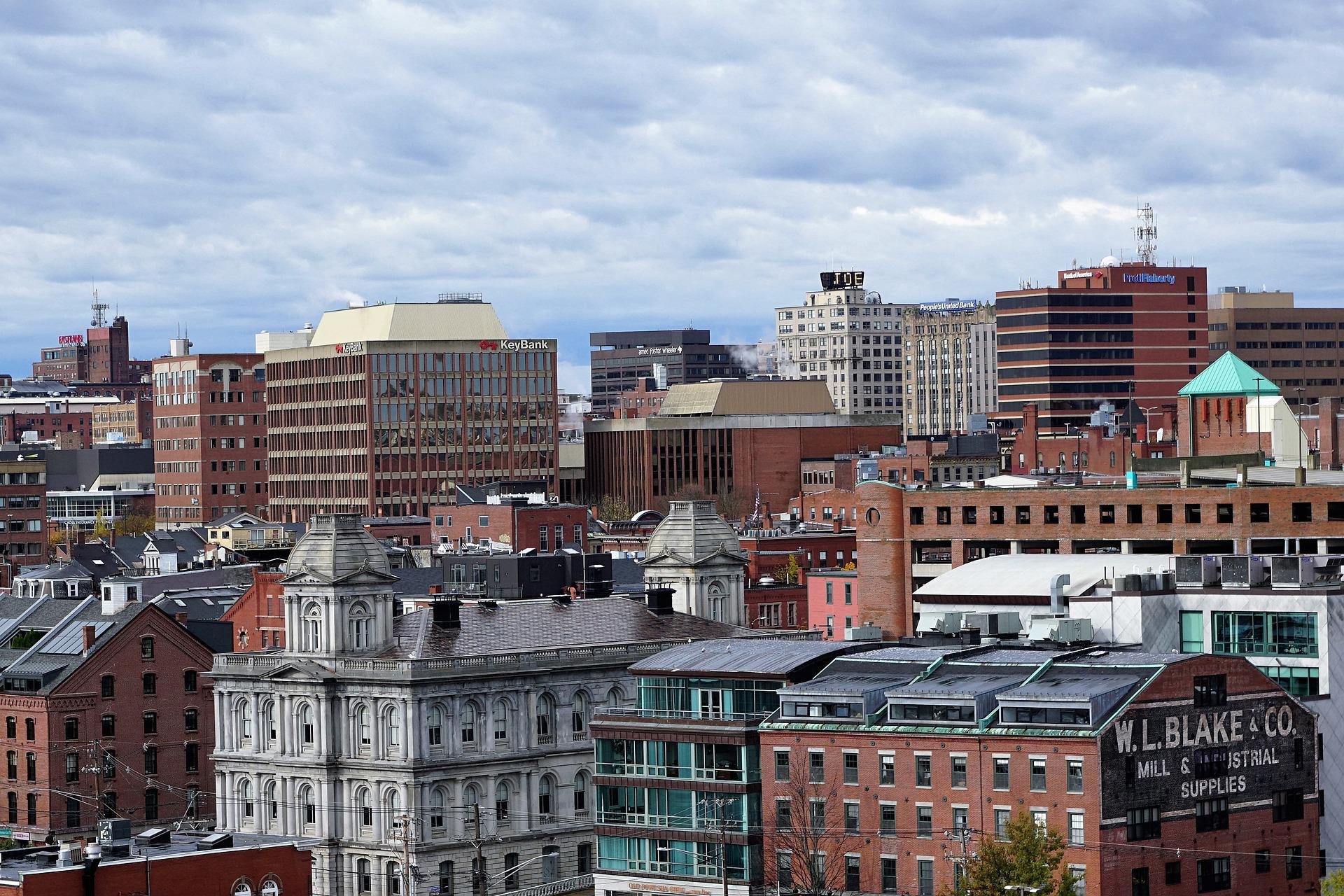 The most populous metro area in Maine is now No. 8 in the ranking, thanks to its quality of life, fairly steady job market, and growing reputation as a desirable place to live in. For the quality of life category, which includes college readiness among high school students, proximity to quality health care, crime, average commute time, and overall well-being, Portland ranks eighth out of the 150 most populous metro areas in the country. 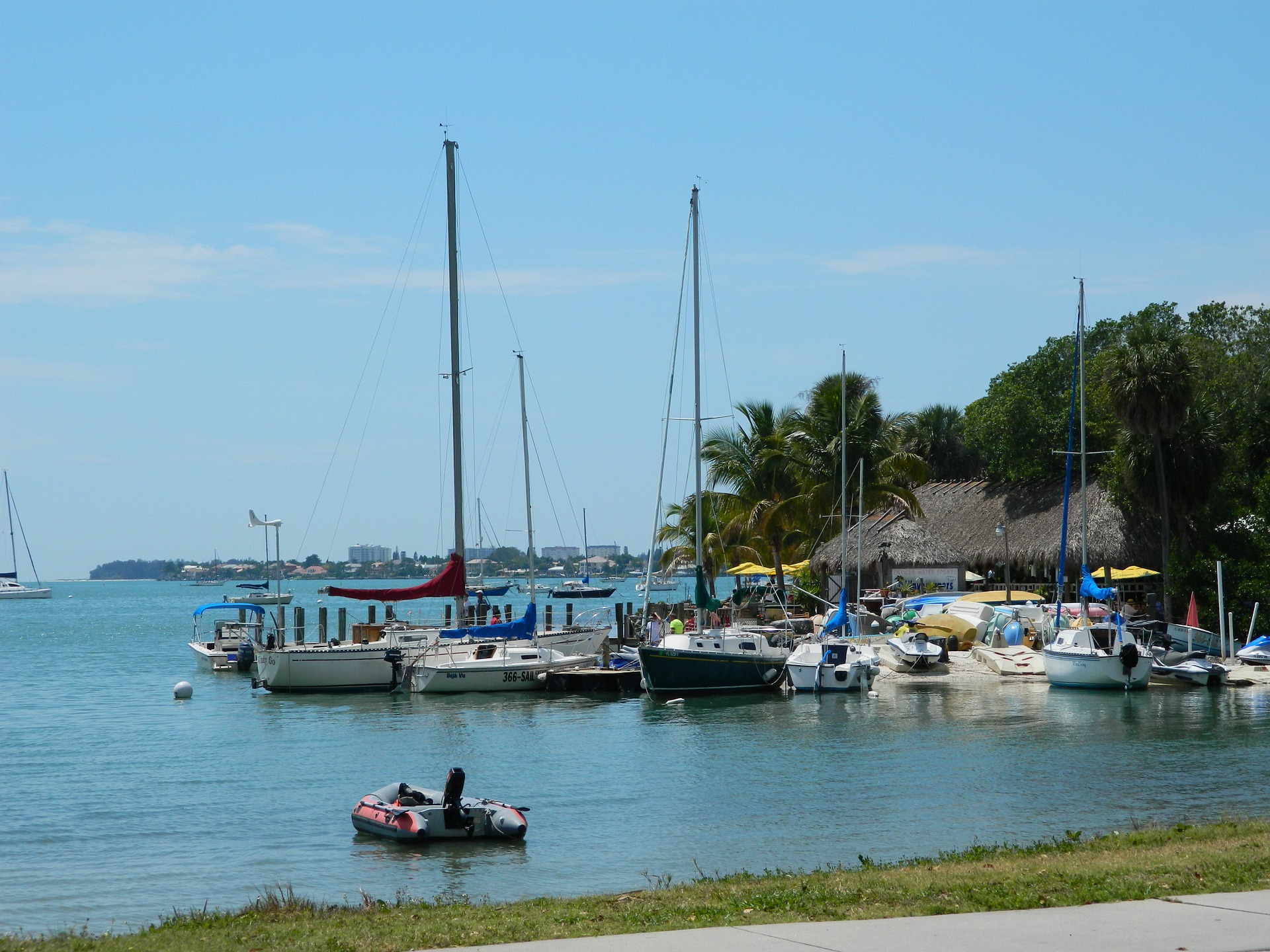 Securing this year’s No. 9 spot, Sarasota is the second-fastest-growing city out of the 150 most populous metro areas in the country. According to the U.S. Census Bureau, Sarasota saw a population increase of 11.22% due to net migration from 2015 to 2019 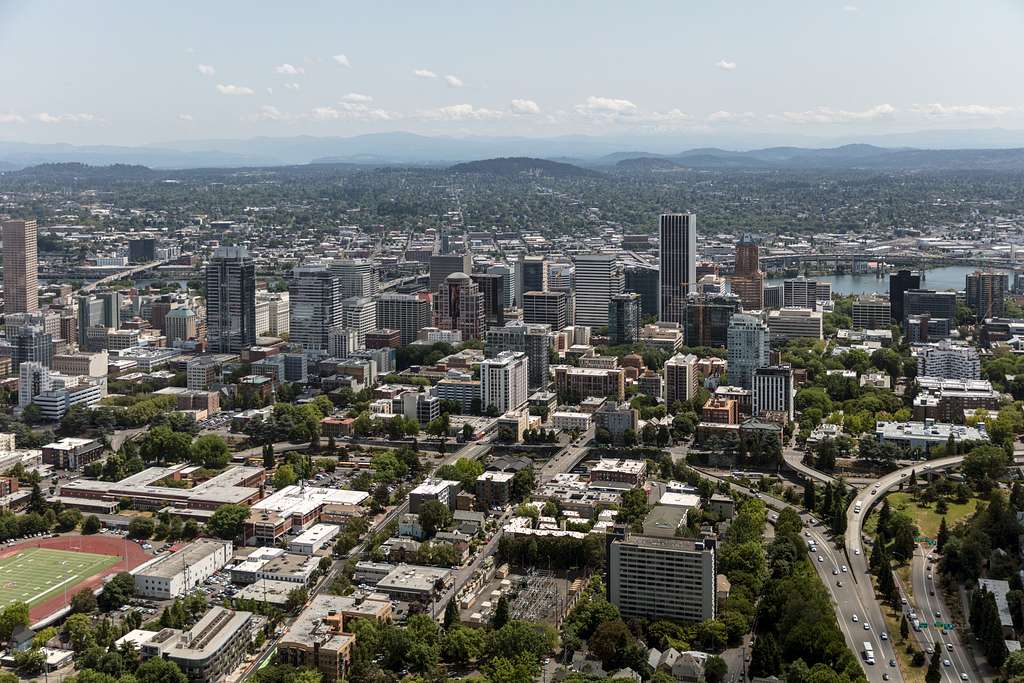 Americans see Portland as a highly desirable place to live, with the city ranking No. 5 in that category. The city also boasts a fairly strong job market and consistent growth in population due to net migration. 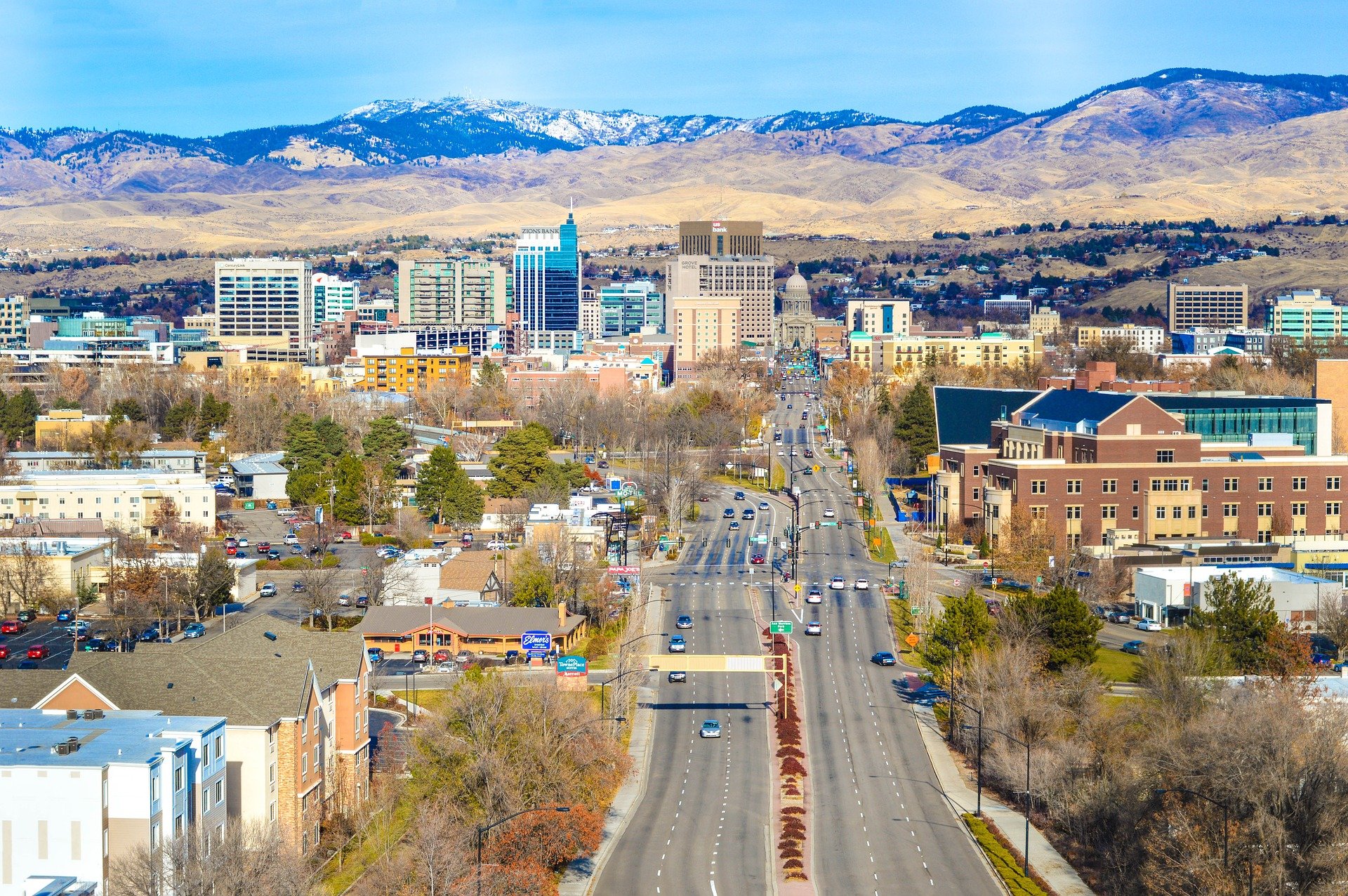 With high scores for population growth due to net migration and housing affordability compared with median annual household income, Boise lands at No. 11 in the overall ranking. People living in Boise need just 22.11% of the median household income to pay for rent or mortgage payments, as well as additional housing costs.

Ann Arbor gets the highest score out of the 150 most populous metro areas in the U.S. for its access to quality health care, sharing the top spot with Kalamazoo, Michigan; Reading, Pennsylvania; York, Pennsylvania; and Trenton, New Jersey. Ann Arbor also ranks third in college readiness, following only Boulder and San Jose. 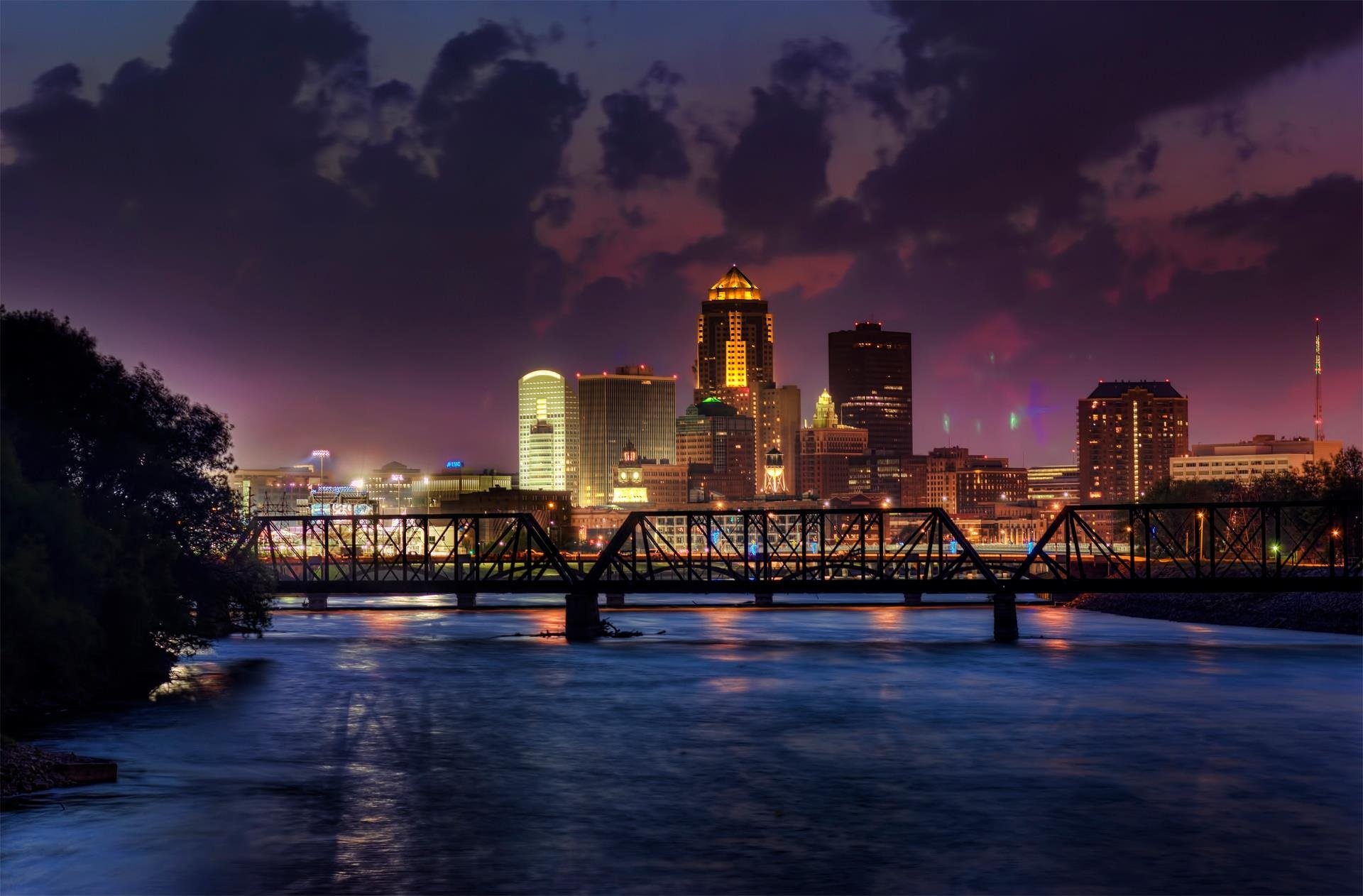 With a strong job market and relatively sustained net migration, Des Moines secures the No. 13 spot in the overall ranking. Des Moines keeps a low cost of living compared to the city’s median household income, ranking fifth out of the 150 most populous metro areas in the U.S. for its affordability. 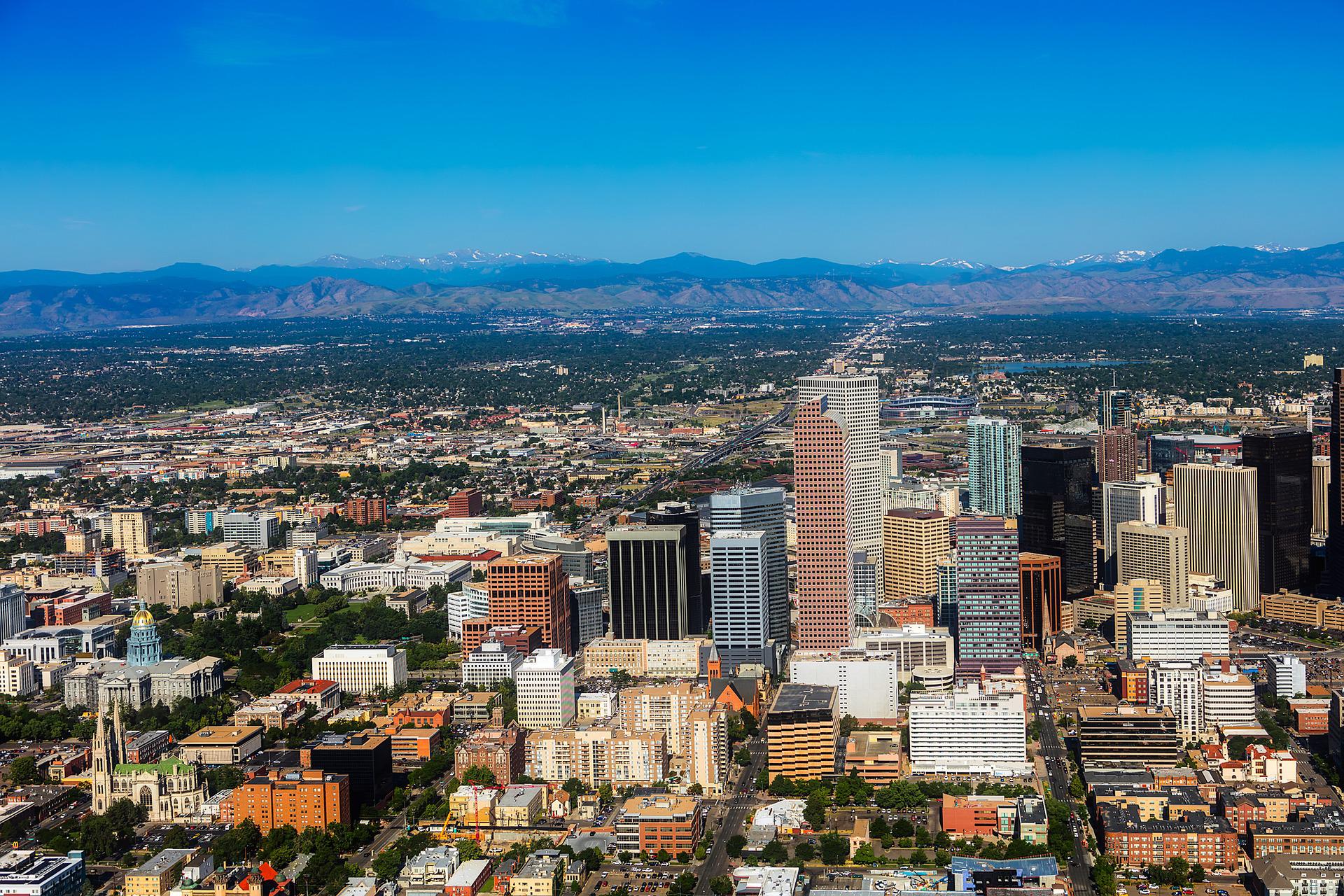 After holding the No. 2 spot for a long time, Denver falls to No. 14 in the overall ranking of best places to live in the U.S. for 2021-2022. Despite taking some hits amid the COVID-19 pandemic, the city maintains its reputation as a desirable place to live among U.S. residents. It also has a positive growth in population due to net migration and a job market that’s stronger than the typical U.S. metro area. 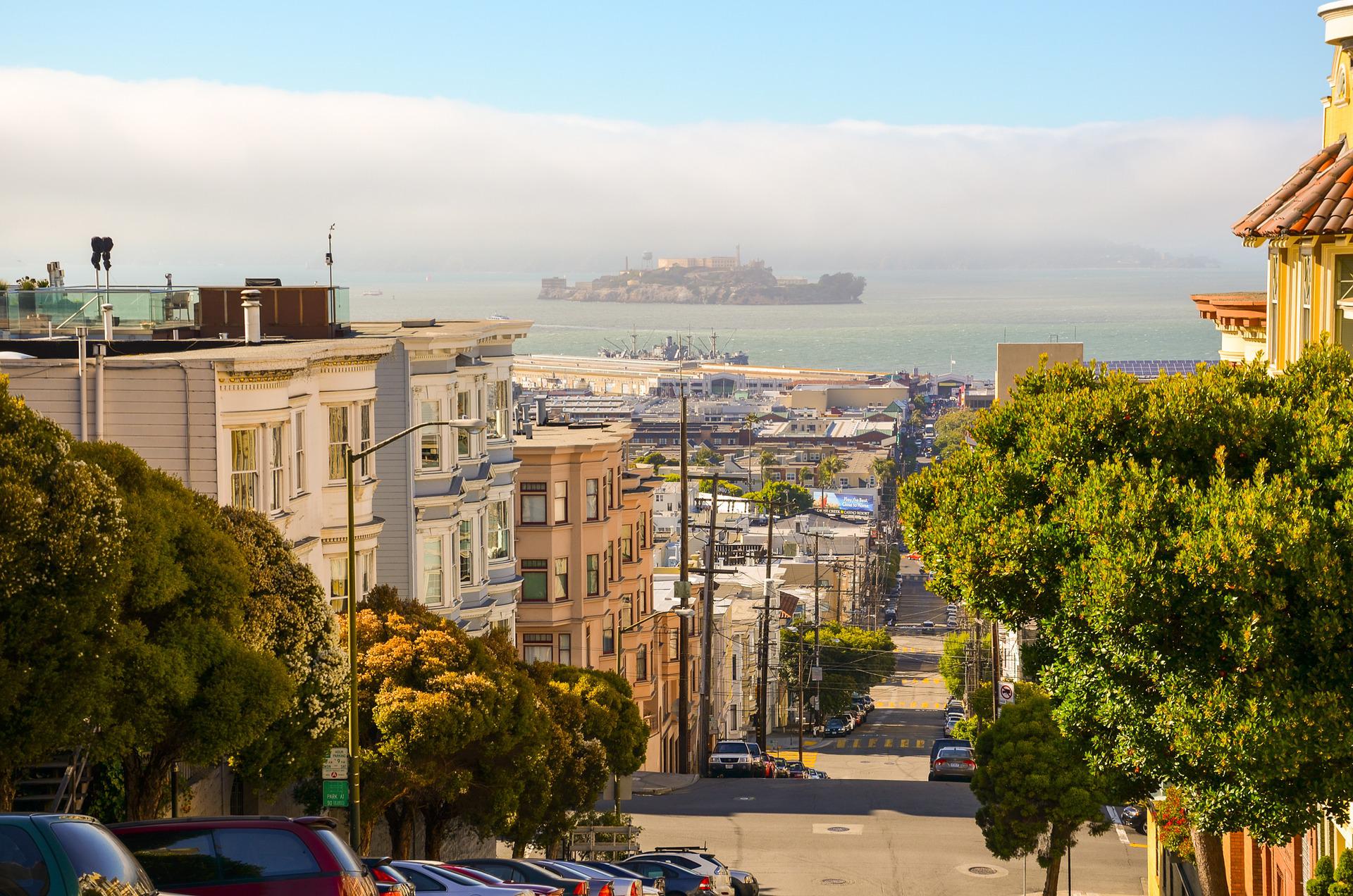 Fifteenth-placer San Francisco remains one of the most desirable American cities to live in because of its strong job market. In fact, even as the entire country took an employment hit during the coronavirus pandemic, San Francisco still ranks fourth in the job market ranking out of the 150 most populous metro areas in the country. 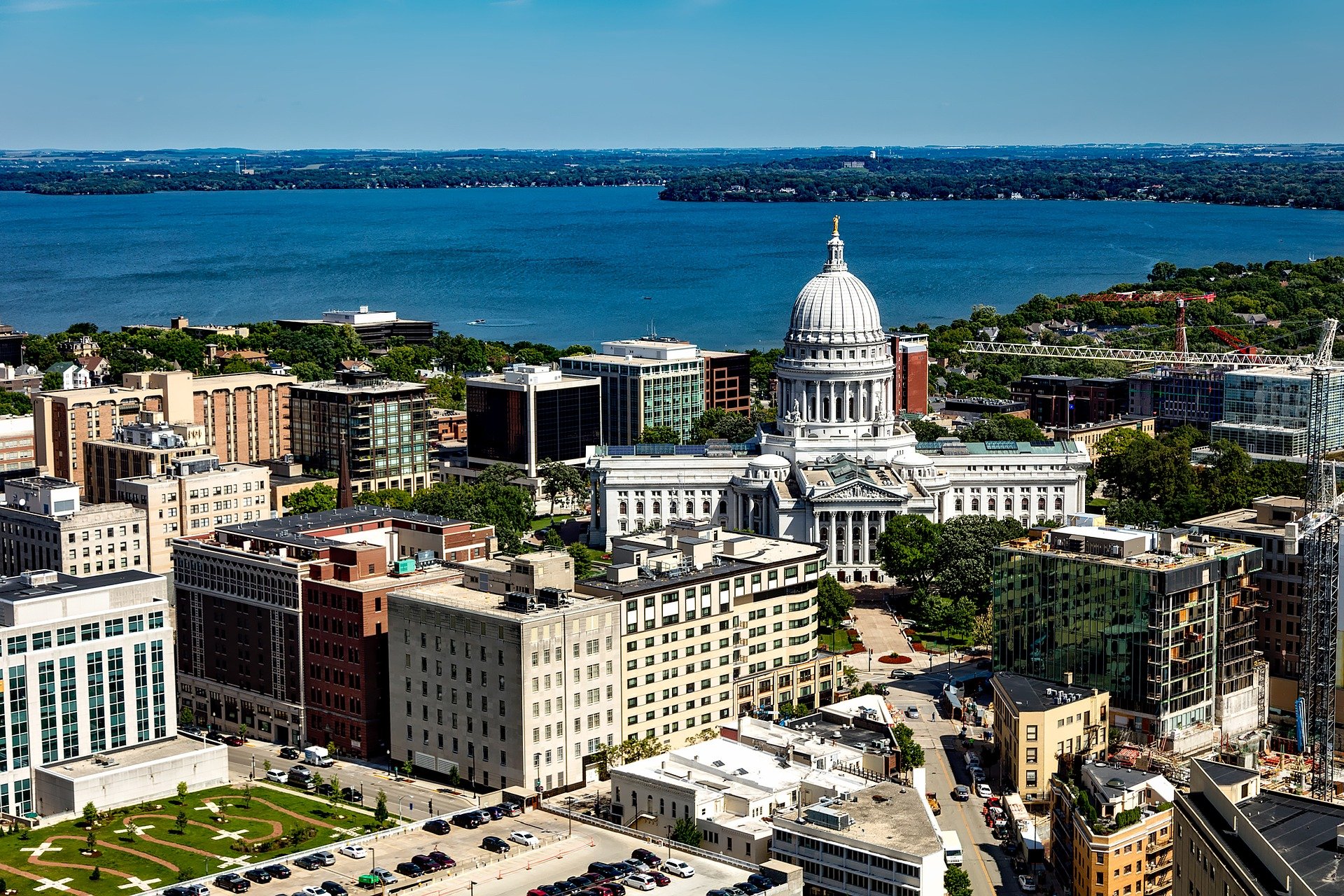 Madison lands at the No. 16 spot in the overall ranking of best cities for living in the U.S., largely because of its strong job market. While many other metro areas struggled with unemployment rates above 7% in 2020, Madison’s unemployment rate was comparatively low at 4.95%. Furthermore, Madison’s average annual salary is $54,300, which is higher than the national average of $53,490.

Despite being one of the smallest metro areas in the U.S., Fort Collins has been seeing a lot of growth as of late. The city ranks 11th out of the 150 metro areas examined for population growth due to net migration, which increased by 8.2% from 2015 to 2019. 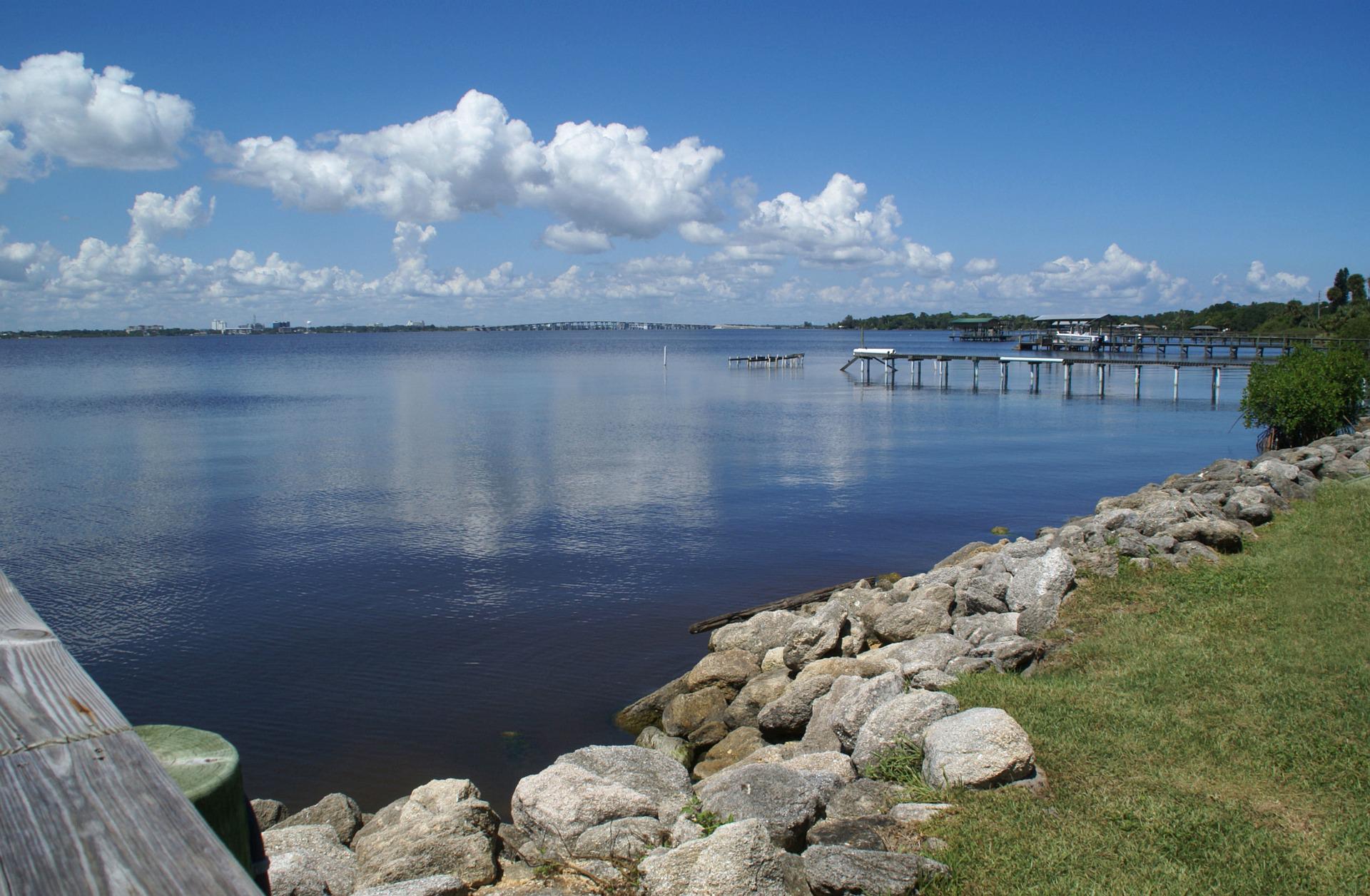 From No. 28 in 2020, Melbourne is now at the No. 18 spot. The city’s jump in the ranking is largely due to its rapid population growth from net migration and a job market that sustained itself better than many other U.S. metro areas during the COVID-19 pandemic. For reference, from 2015 to 2019, the Melbourne metro area grew by 8.46% due to net migration, according to the U.S. Census Bureau. 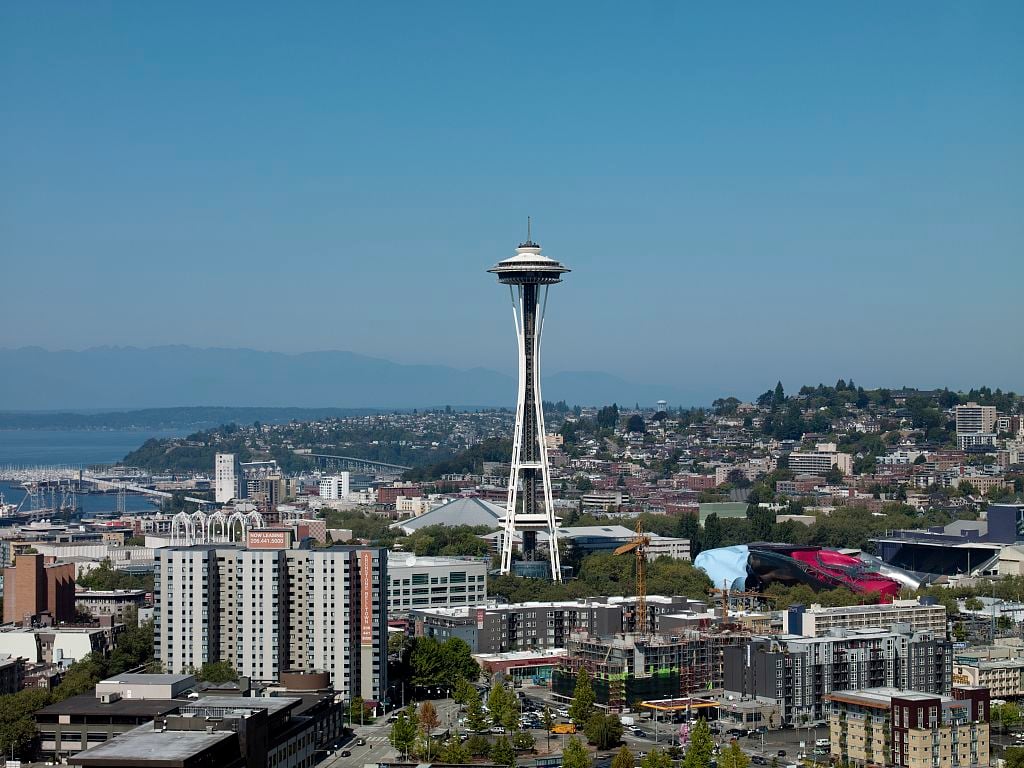 Seattle’s impressive job market makes the city one of the most desirable U.S. places to live in. Even though the city’s job market took a hit as a result of the pandemic, it still ranks No. 6 out of the 150 most populous metro areas in the country. And with an average annual salary of $68,460, Seattle has the fifth-highest individual average salary out of all 25 cities on this list. 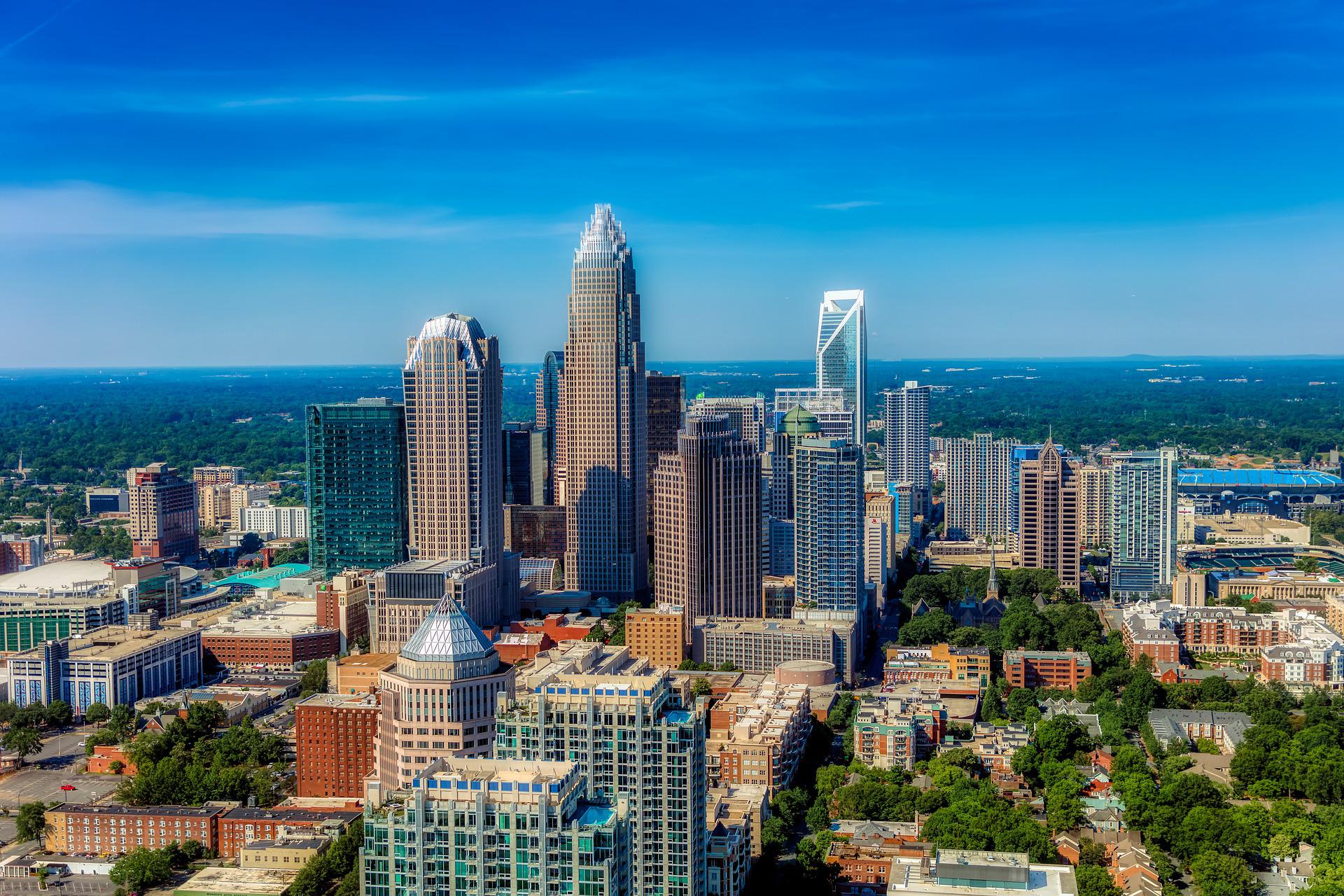 Charlotte scores the No. 20 spot due to its high scores in the desirability category and fast and sustained population growth. Based on the data from the U.S. Census Bureau, the Charlotte metro area grew by 5.9% between 2015 and 2019 due to net migration alone. 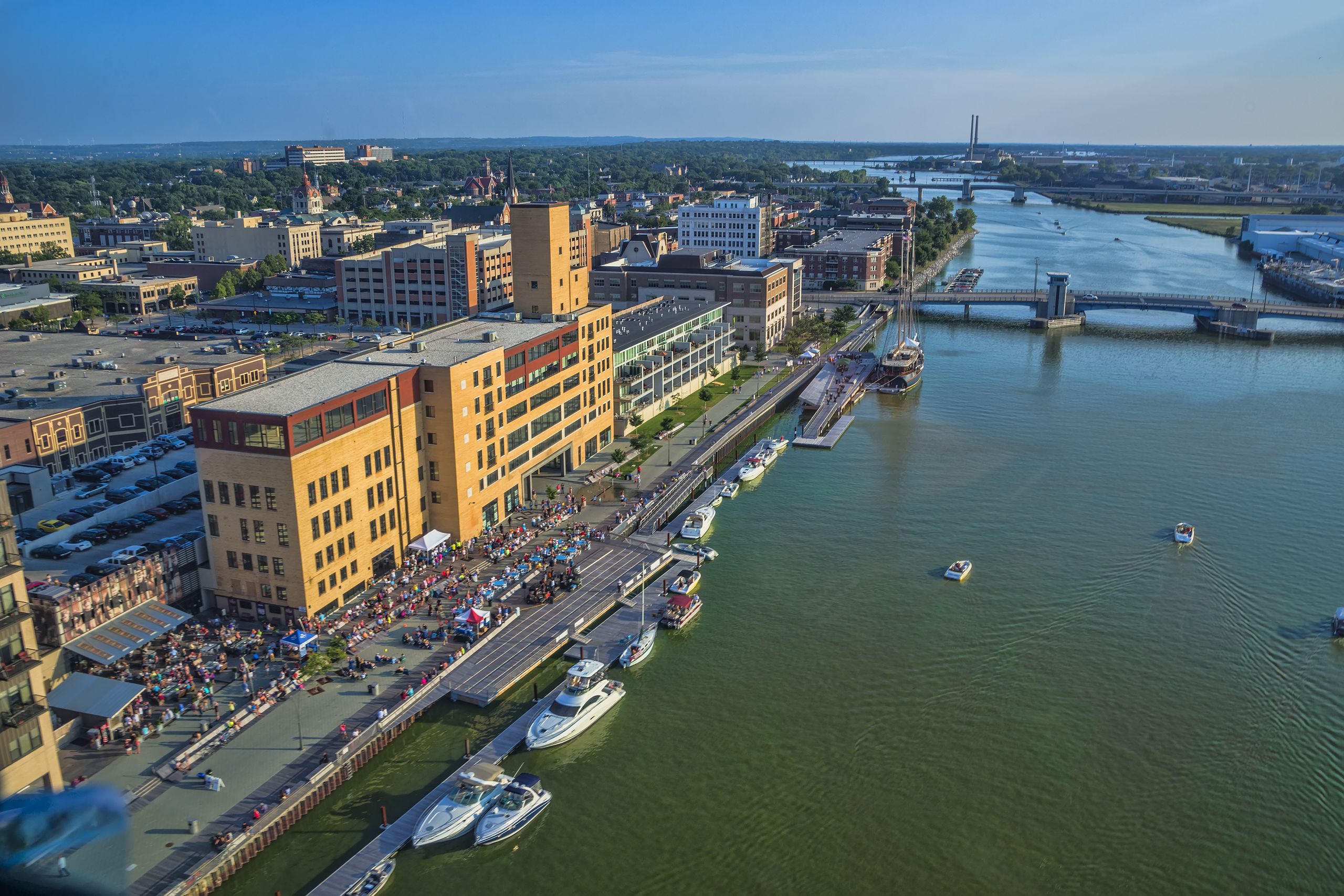 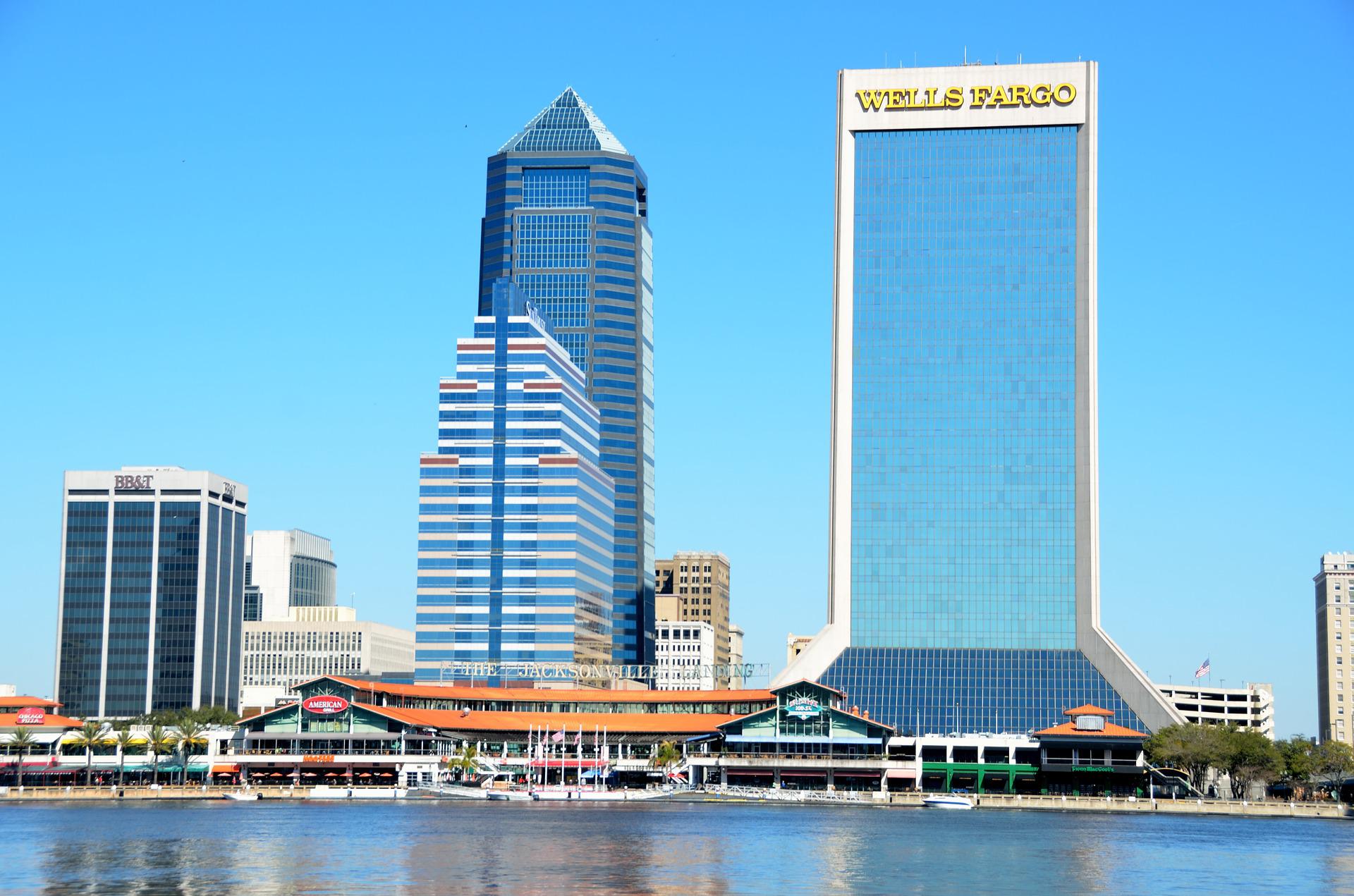 Sitting at the No. 22 spot in the ranking of best cities for living in the U.S., Jacksonville is seeing rapid growth due to a lot of people moving to the area. 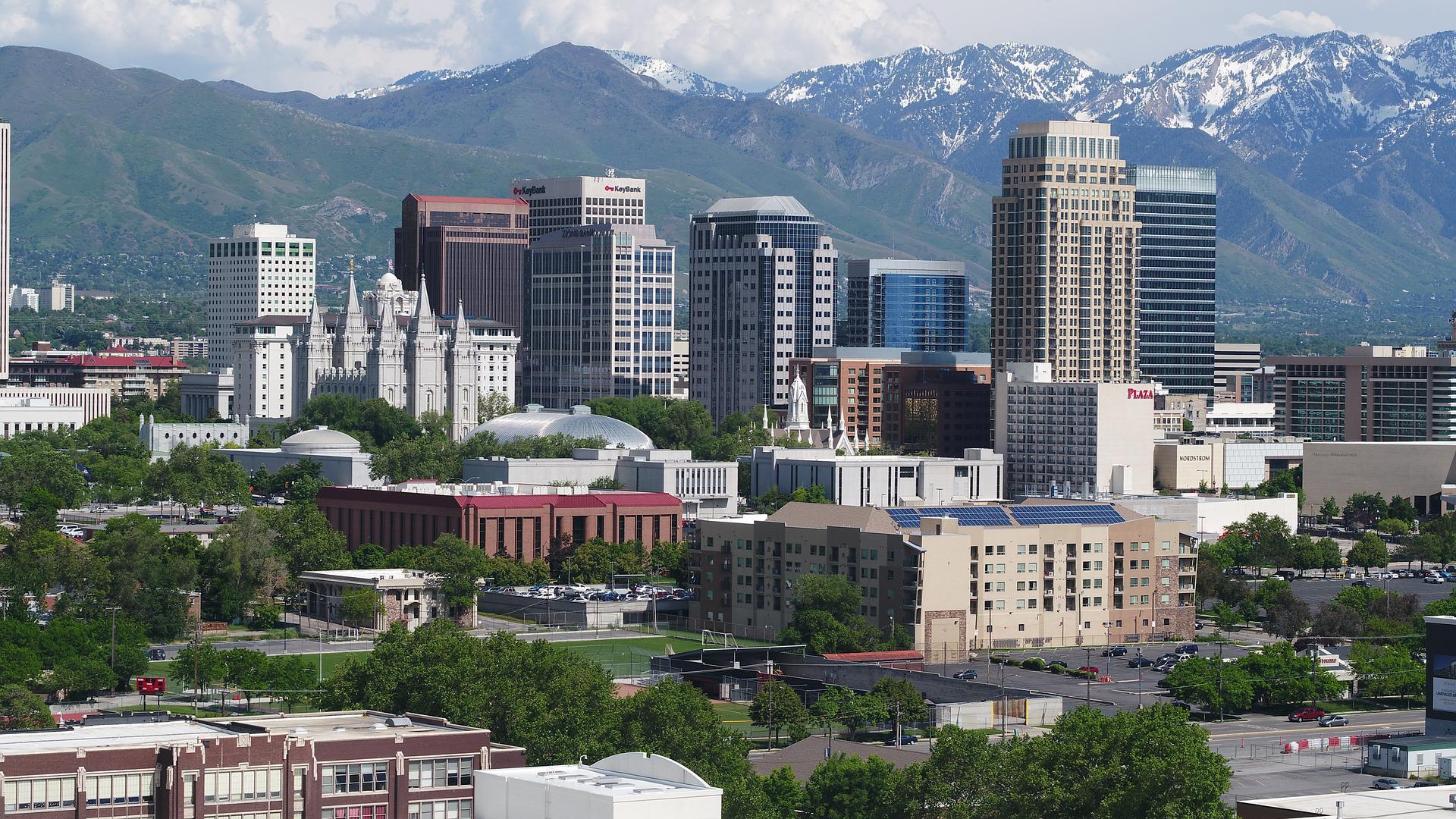 Salt Lake City’s affordable housing affordability, relatively low unemployment rate, and salary hike despite the national economic uncertainty during the pandemic bring the city to the No. 23 spot. It’s also worthy to note that the average monthly unemployment rate for the city for 2020 was 4.64% while the national average was 8.1%. 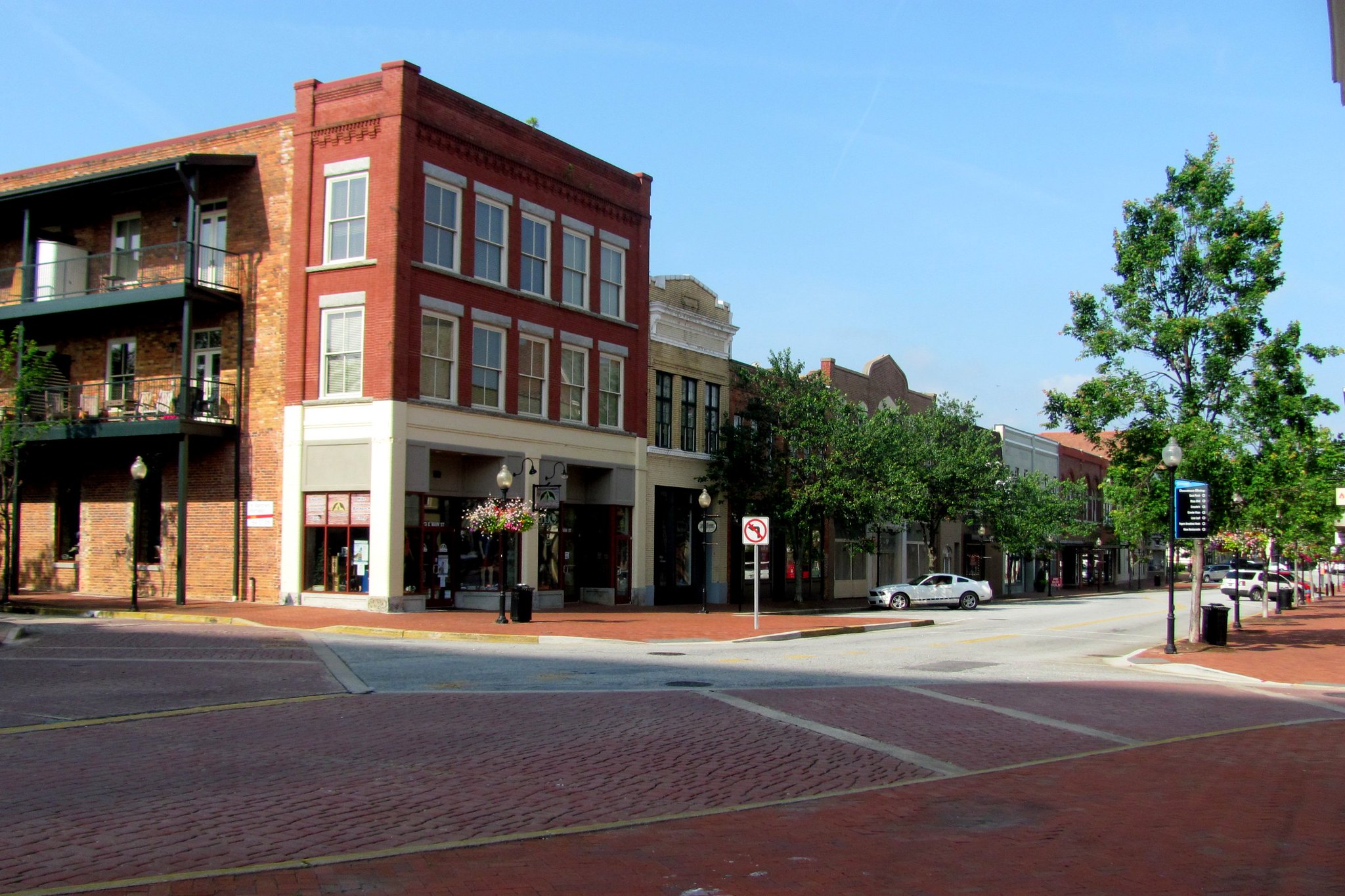 A lot of people are moving to Spartanburg because of the low cost of living in the area. In fact, according to the U.S. Census Bureau, the Spartanburg metro area grew by 7.97% between 2015 and 2019 due to net migration alone. Moreover, Spartanburg residents spend only 20.63% of the median household income on housing costs.

Thanks to its low cost of living and job market that remained steady compared to other parts of the country during the COVID-19 pandemic, Omaha lands at No. 25 for the 2021-2022 ranking of the best places to live in the U.S. Residents of Omaha also spend just 20.42% of the area’s median household income on housing expenses.