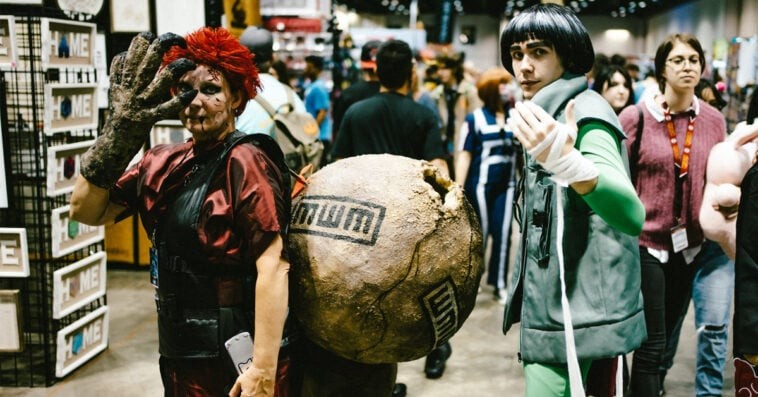 Everyone has a geeky side, and sometimes one just to need to be in the right place to unleash it all. So in celebration of Embrace Your Geekness Day, which falls today, July 13th, the lawncare services marketplace Lawn Love has named the top 10 geekiest cities in the United States.

What are the geekiest cities in America?

After Lawn Love averaged the scores of each city across all the weighted metrics, below are the places that emerged as 2022’s top 10 geekiest cities in America:

With the highest overall score of 81.64 (out of 100 possible points), New York is the geekiest American city, securing the number one spot in the Costumes Access, Collectibles Access, and Community metric categories.

The Big Apple is the home of several designers and thespians so the huge number of costume shops in the city is not surprising. But it’s quite startling to know that the city actually has the most number of comic book shops and video game stores of all the 200 cities included in the study.

Los Angeles, meanwhile, is considered the center of the film industry, so seeing the city in second place in the ranking is not shocking at all. The City of Angels ranks number two in both the Costumes Access and Collectibles Access metric categories. Los Angeles also has the second-highest number of comic book shops and video game stores of all the cities in the ranking, falling just behind New York.

Sitting on the third spot in the ranking is Las Vegas. Packed with all kinds of entertainment, Sin City ranks third in both the Costumes Access and Collectibles Access metric categories. And because of its big event venues that can accommodate huge crowds, Las Vegas is one of the top 5 cities that host the most numbers of comic cons.

It is worth noting that three of America’s geekiest cities ― San Antonio (number five), Houston (number 6), and Austin (number 9) ― are located in Texas. According to Lawn Love, easy access to collectibles and costumes gave each of these three cities a boost in the ranking. San Antonio and Austin tie for the most board game and trading card shops, while San Antonio and Houston both have abundant comic book and video game stores to explore.

Wondering what the least geeky U.S. cities are? Below are the 10 American cities at the bottom of the ranking:

Check out more details on Lawn Love’s report in the key art below: