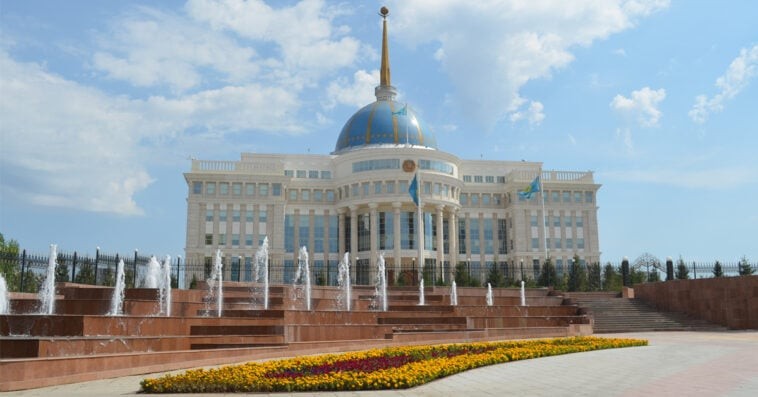 Every place has its own kinks and quirks. But some places are a lot weirder than others. If you are a self-proclaimed weirdo looking for a place to belong or simply want to explore the strange and the unusual, read on to discover the weirdest cities in the world.

What is the weirdest city on Earth?

While the definition of what’s weird varies from person to person, a number of world-renowned news outlets – BBC, CNN, and The Guardian – have named Astana in Kazakhstan the weirdest city on Earth.

Astana has consistently been voted the world’s weirdest capital city primarily because of its unique geographical location and peculiar-looking structures. The city is located in the middle of the world’s largest steppe, with only a handful of provincial towns surrounding it for 1,200 kilometers. This makes Astana an oasis of some sort, which houses some of the most unusual buildings in the world.

Astana’s head-turning structures include the Khan Shatyr, a shopping mall that doubles as the world’s largest tent; the Palace of Peace and Reconciliation, which is a 60-meter-tall glass pyramid; and the Central Concert Hall, which from above looks like a budding flower.

The city is also the home of Baiterek, a 100-meter-tall tower that looks like a giant lollipop, and a flying saucer-shaped circus called Astana Circus. Kazakhstan’s presidential palace, the Ak Orda, which replicates America’s White House, is also located in the city.

The top 10 weirdest cities in the world

According to the book Lonely Planet’s Best in Travel 2009, below are the top 10 weirdest cities in the world in no particular order.

Talking toilets and micro-sized pod hotels aren’t the only strange things in Tokyo, the city also offers several themed bars that you will not find in other parts of the world. For instance, Tokyo has hospital-themed bars where employees wear pristine white uniforms and administer “doses” direct from oversized hypodermic needles. There are also office-themed bars, where drinks are downed over the photocopier and filing cabinets.

Las Vegas has some of the world’s most eccentric hotels. There are romantic inns that copy the vibe of French flats, and there are also hotels that feature an exact replica of Tutankhamun’s tomb in Egypt.

Partying in Reykjavik is unlike any other in the world, as Icelanders are apparently making up for a lost time. Beer was illegal in the country until 1990 and all-night clubs literally didn’t exist.

Ashgabat’s eccentricity is primarily a result of the dictatorship of Turkmenistan’s late president Saparmurat Niyazov. Niyazov banned beards, ballet, and lip-synching to music in the country. For some reason, he also closed every hospital outside Ashgabat, renamed the month of January after himself, and presided over a trade deal in which Ukraine gave Turkmenistan 12 million pairs of galoshes in exchange for a bunch of televisions sets.

Delhi’s bizarreness lies in the unusual location of its historical architecture. Some of the city’s old ruins are hidden under flyovers, underneath towering high-rise blocks, or have been transformed into modern-day mansions.

Since North Korea has been walled off from the rest of the world, it’s not surprising that curious visitors find its capital city of Pyongyang weird. For instance, solo travelers are meticulously escorted from one strange attraction to the next. Popular attractions in the country include huge statues of Kim Il Sung, museums of gifts donated to the country, and restaurants with no menus.

With over 450 years of history, Guanajuato offers a macabre attraction. The Guanajuato Mummy Museum displays a gruesome collection of mummified remains exhumed from the city’s cemetery. When families of the dead couldn’t afford the maintenance of the crypts, bodies were removed and placed on public display.

Songjiang is the home of Thames Town, a peculiar built-from-scratch theme park that recreates the idyllic English life.

The weirdness of New Orleans is at its peak during Mardi Gras, a series of events that highlights the city’s signature charms such as gumbo, streetcars, and red-hot jazz scenes.

What is the weirdest city in USA?

According to Lyman Stone, a cotton economist who also blogs about migration, San Jose, California is the weirdest city in America. Based on 20 different variables drawn from U.S. Census data – including the proportion of the population that is foreign-born, married, working, in the armed forces, and so on, Stone’s calculations brought San Jose to the top spot.

San Jose is the home of Silicon Valley and “Silicon Valley makes San Jose very weird,” said Stone. The economist pointed out that San Jose is the weirdest city in the U.S. because a very high proportion of the city’s population is foreign-born, the city is disproportionately white collar and educated, and worker salaries are high. Meanwhile, an unusually low proportion of its population is white or rural.

What city has the most weird people?

According to the readers of the travel magazine Travel + Leisure, New Orleans is the U.S. city that has the weirdest people. Known for its ecstatic funerals, voodoo shops, and its seemingly endless number of festivals, New Orleans has an offbeat culture that is so dominant it has become mainstream. For instance, even the spa at the Ritz-Carlton in the city offers a VooDoo Massage, complete with chants and scents of absinthe.

The nerdiest cities in the U.S.

For quite some time in the past, nerds were considered weird by many. But gone are the days of hiding nerdy obsessions, as people are now openly embracing their fandoms and showing them off through their clothes and even through house decorations.

To determine the nerdiest states in the U.S., home developer Lombardo Homes surveyed more than 1,000 people and asked them about their home decorating habits. The company also analyzed more than 3,100 Google search terms and phrases relating to nerdy house decorations, including terms like “Hobbit wreath” and “Iron Man gaming chair.” The nerdiest cities in the U.S. can be found in the top 20 nerdiest states in the country: