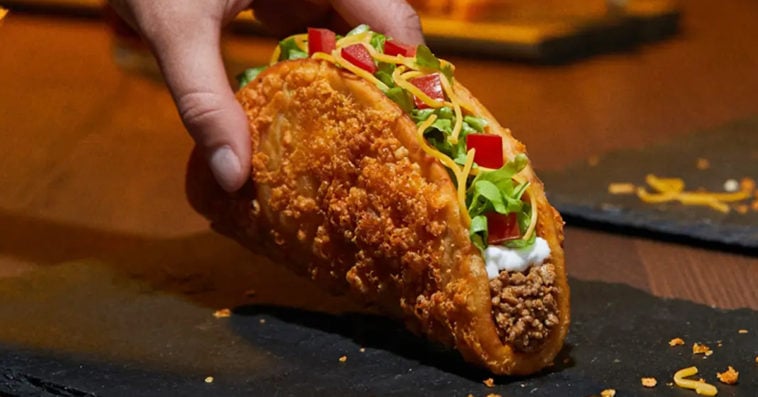 Taco Bell is bringing back the Toasted Cheddar Chalupa.

Launched in late 2019 and recently appeared alongside limited-edition Jalapeño Noir wine in Canada, the Toasted Cheddar Chalupa will be back on the fast food chain’s U.S. menu for a limited time starting November 5th. And for the first time ever, Black Bean Toasted Cheddar Chalupa ― the official vegetarian option of the returning item ― will also be offered.

Interestingly, after several customers expressed displeasure over Taco Bell’s decision to remove all of its potato options from its menu, a spokesperson for the fast food chain told Thrillist that fans can expect the restaurant to “release more official vegetarian versions of its innovative limited-time menu offers” in 2021, including the new Veggie Cravings Menu. Overall, Taco Bell currently has 13 vegetarian items on its menu.

In a statement, Taco Bell president and global COO Mike Grams said that the fast food chain’s latest menu revamp is an effort to make the company more streamlined as it changes up business targets in a post-COVID world.

“We’re constantly evaluating ways to provide a more efficient restaurant experience, and have already begun to see progress from streamlining our menu,” said Grams. “While we know fans may be understandably sad to see some of their favorites go, this evolution of our menu truly paves the way for fresh new ideas. The creativity and innovation in our kitchen hasn’t slowed down at all, and we look forward to rolling out new fan favorites.”