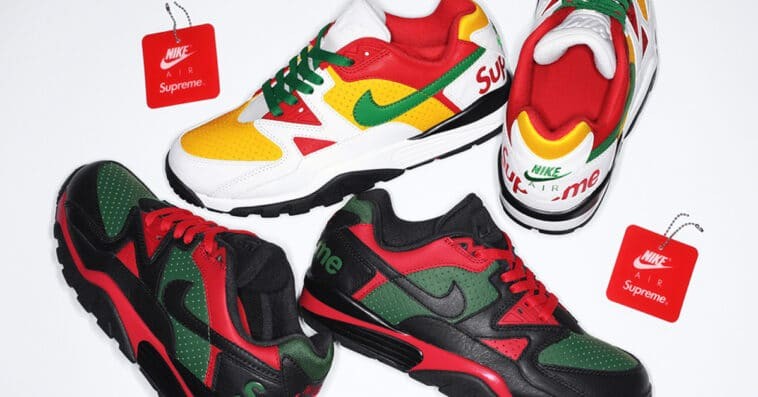 The Supreme x Nike Cross Trainer Low originally leaked two years ago. The sneakers were expected to be released as part of Supreme’s SS20 collection but were not officially unveiled until now.

Made exclusively for the NYC skateboarding lifestyle brand, the Supreme x Nike Cross Trainer Low will be offered in two colorways – Black/Red/Green and White/Red/Green/Yellow.

The first colorway looks similar to the pair that was initially leaked last November 2019. It has panels in red and green, with the rest of the details in black. The second one features white caging and panels in yellow and red, which are contrasted by a green Swoosh. 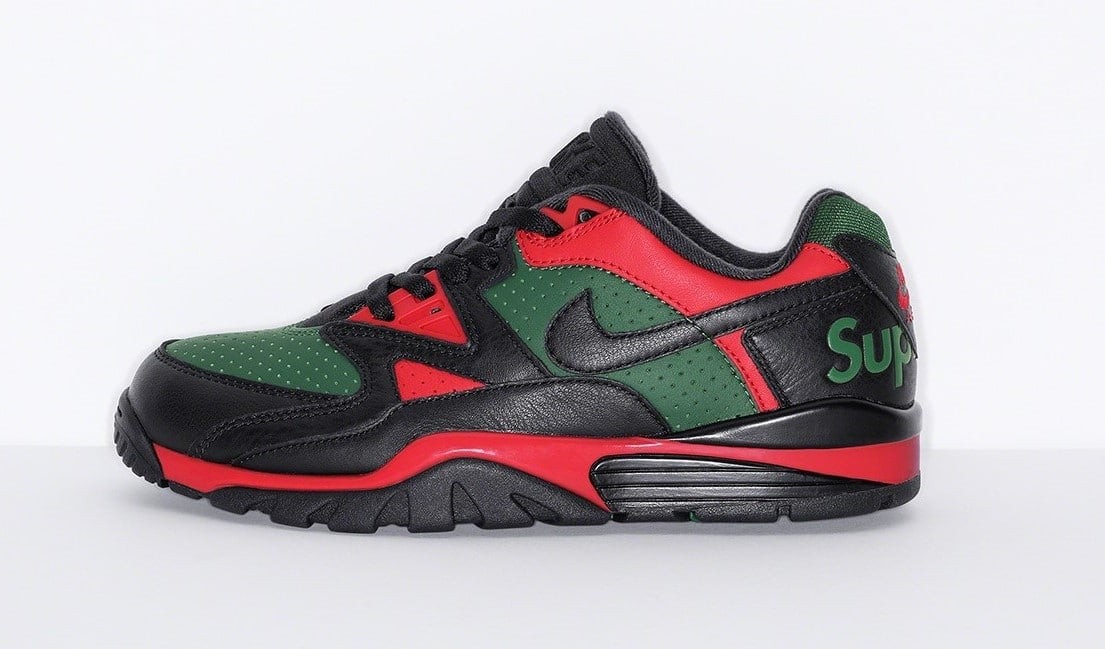 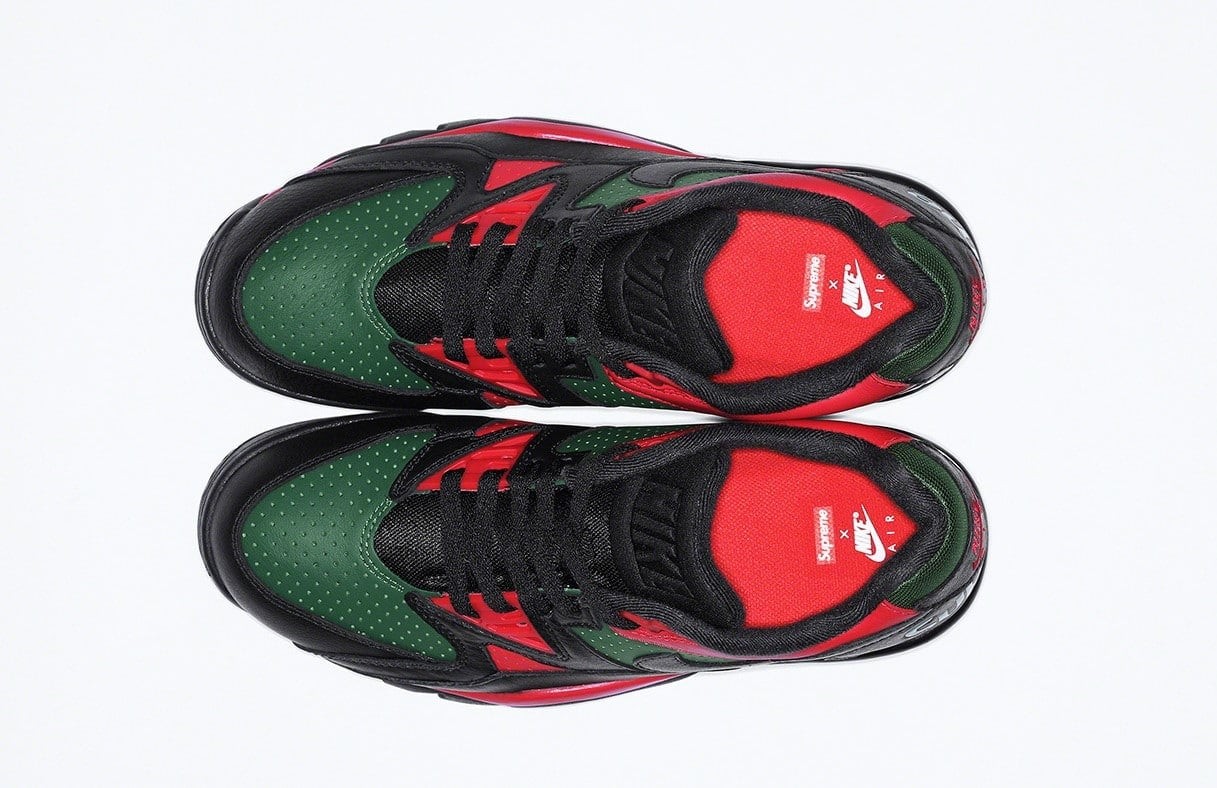 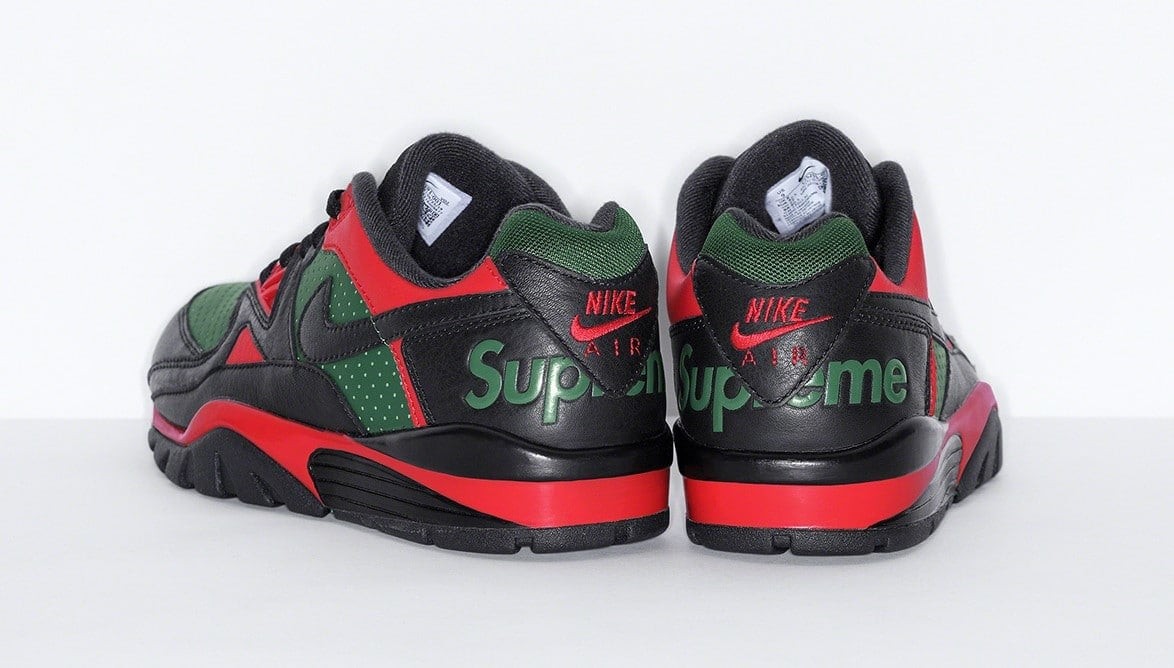 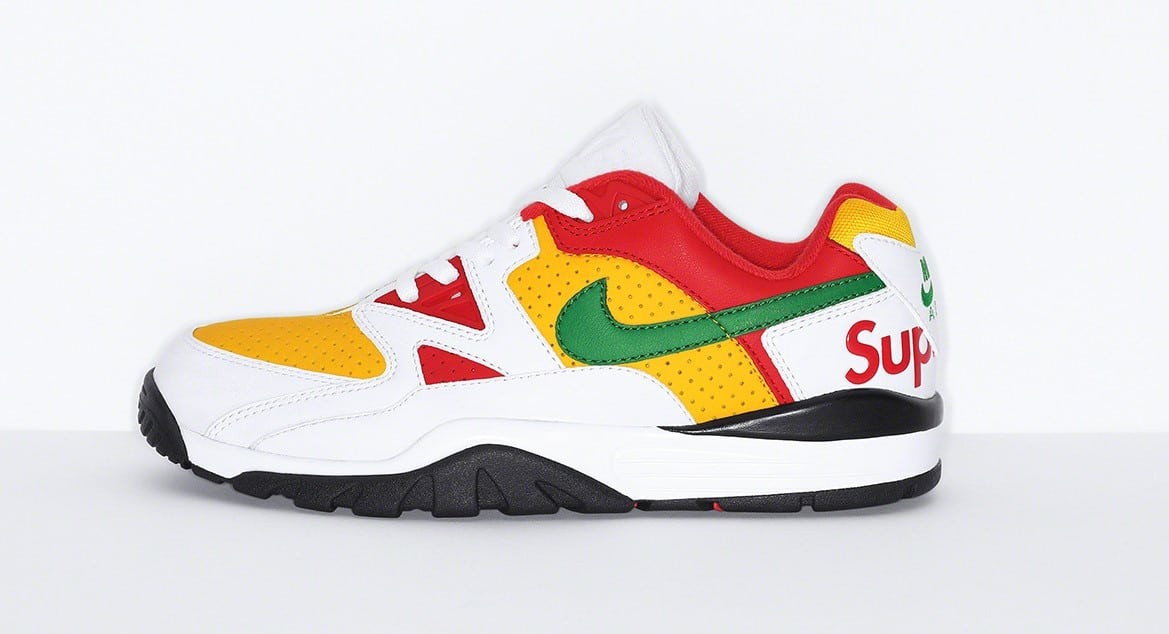 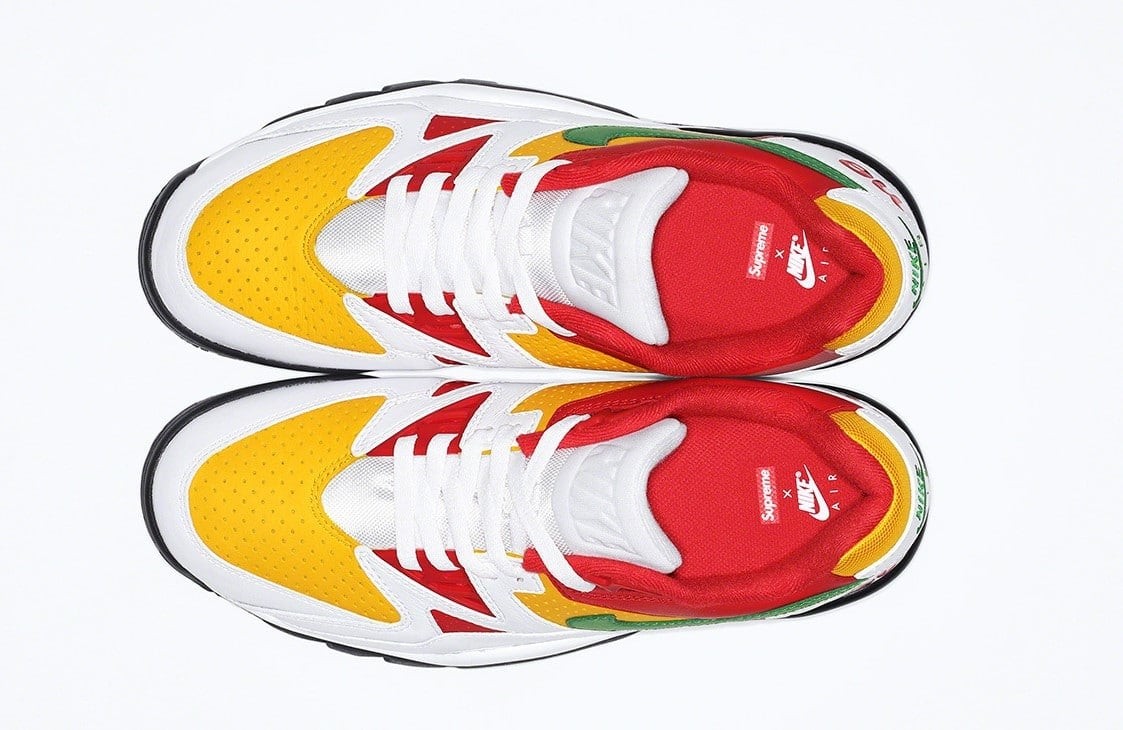 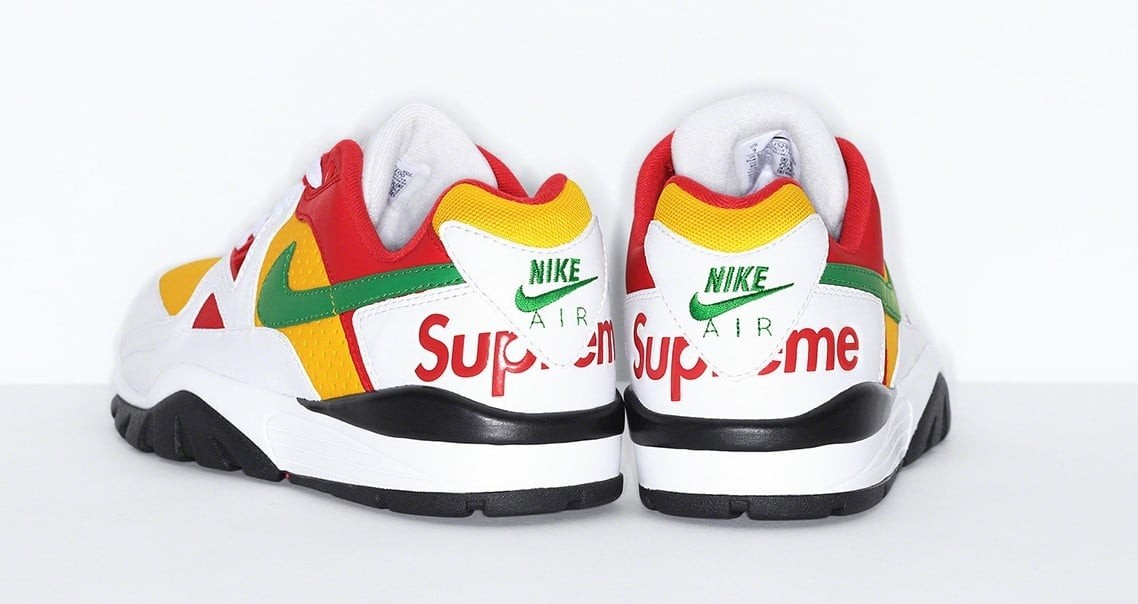 In addition to Nike’s signature Swooshes on the medial and lateral sides, the footwear also features branding in the form of raised Nike logo at the tongues, debossed and embroidered Nike Air and Supreme logos at the heels, and co-branded footbeds and hangtags.

The Supreme x Nike Cross Trainer Low will be available for purchase on SupremeNewYork.com/shop starting at 11 a.m. ET on October 14th in the U.S., and beginning 11 a.m. JST on October 16th in Japan.

Supreme and Nike have worked together every season without fail since 2012. In 2017, the two brands took their long-running partnership to the next level by upping their collective output to two releases per season. It’s actually quite surprising that Supreme has continued working with Nike on a number of products, as the former had already been acquired by VF Corporation ― the parent company of Vans and The North Face ― back in November 2020.