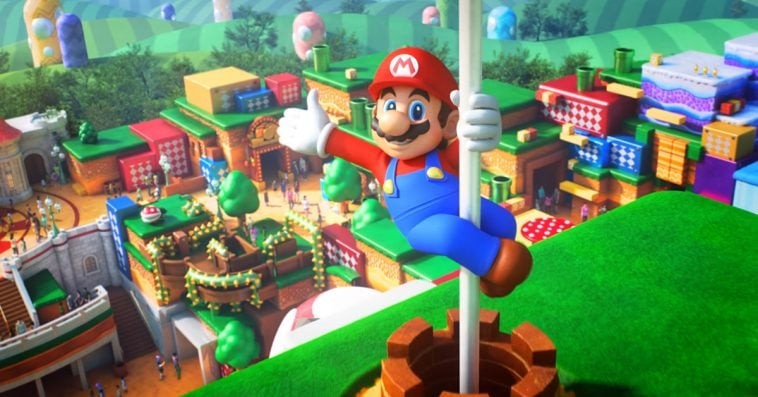 During an earnings conference call on Thursday, executives at Universal parent company Comcast officially announced that Super Nintendo World will be a featured land in Universal Orlando’s newest theme park. Based on early sketches of Epic Universe, many fans had speculated that the Mario-themed land would be part of the theme park, but neither Universal nor Comcast had confirmed it — until now.

According to Comcast execs, Super Nintendo World will be Universal Orlando’s “fourth gate,” with the first three being Universal Studios Florida, Islands of Adventure, and the Volcano Bay water park.

“Nintendo, based on our research, is the biggest potential driver in attendance you can have in terms of intellectual properties. It’s up there with Harry Potter, and in some of our parks, Harry Potter drives incremental attendance of 2 million people,” said the execs during the call.

Epic Universe is expected to open in 2023, but it’s unclear whether its version of Super Nintendo World will be ready to welcome guests at that time. The first Super Nintendo World will open at Universal Studios Japan this summer. After that, Universal will reportedly build the land at its California theme park before opening the version in Florida. A Singapore location will also be built soon.

Earlier this month, Universal execs said that the Japanese version of Super Nintendo World will be taking its guests inside their favorite video games.

“Think of Super Nintendo World as a life-size, living video game where you become one of the characters. You’re not just playing the game; you’re living the game, you’re living the adventure,” said Thierry Coup, senior vice president and chief creative officer of Universal Creative, in a statement on January 14th. “Nintendo’s most iconic locations and experiences will be brought to life, including Mushroom Kingdom, Peach’s Castle, an incredible Mario Kart ride, Bowser’s Castle – and more.”

Universal Parks & Resorts chairman and CEO Tom Williams revealed at Comcast’s 2019 Media, Communications & Entertainment Conference last September that Super Nintendo World in Japan will have two rides ready to go from day one: the Super Mario Kart ride and the omnimover attraction called Yoshi’s Adventures. It’s not clear, however, whether these attractions will also be featured in other versions of the land.