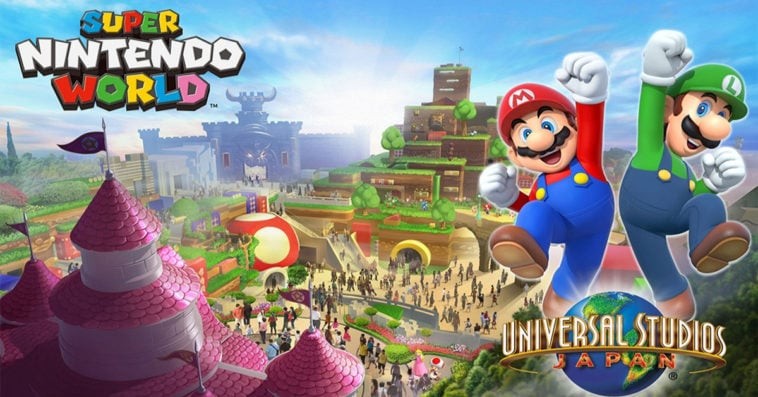 Details about the upcoming Super Nintendo World theme park have been scarce since it was announced back in 2015. But earlier this week, Universal Parks & Resorts chairman and CEO Tom Williams revealed some new information about the amusement land that would surely make fans more excited than ever.

During Comcast’s 2019 Media, Communications & Entertainment Conference on September 11th, Williams said that the first Super Nintendo World — which is coming to all Universal Parks around the world (except for Beijing) over the next few years — will open at Universal Studios Japan next spring, just in time for the Tokyo Summer Olympics.

Williams added that the theme park will have two rides ready to go from day one: the Super Mario Kart ride and the omnimover attraction called Yoshi’s Adventures.

“We’ve tested them all, and they’re killers. It’s a great lineup,” Williams said, before claiming that the interactive theme park is going to “redefine what a park experience is like.”

New Super Nintendo World details have been revealed — including about the first two rides! https://t.co/1UEVDgZRcS pic.twitter.com/AnhhTGIBZP

To experience the land’s high-tech interactive features, each guest will be given an electronic, score-keeping wristband, which Williams described as “super cool.” “It’s got the big red Mario symbol on it. … It’s all magnetic. You slap it at your wrist, and it just snaps on, and it won’t come off,” William said of the accessory. “And you’ll be able to go up and keep score and play with the various games, and that also translates to a score-keeping capability if you choose to do so within the rides, and actually interfaces back with your game consoles. So you can build on it and come back again, and it’s really got everything going on.”

When asked when the park is going to arrive in the U.S., Williams declined to answer as he didn’t want to “defer attendance” in the coming years. But since Williams mentioned that creating a new themed area in a park usually takes from five to six years, it looks like frequent visitors of Universal Orlando Resort and Universal Studios Hollywood have to wait for quite some time before they can experience Super Nintendo World.