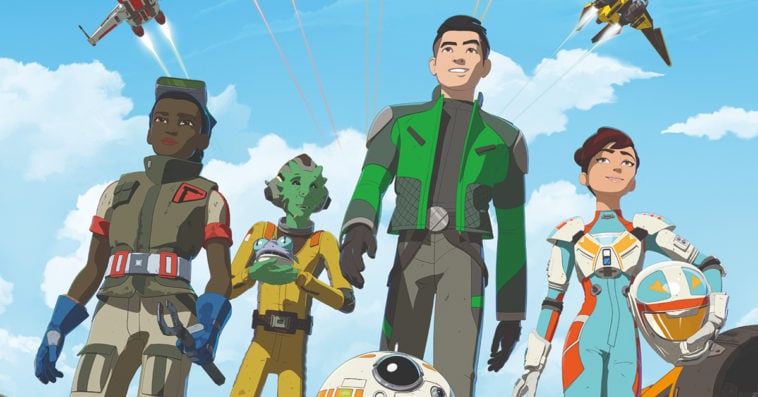 Star Wars Resistance is coming to an end.

The recently released trailer for Season 2 of the Disney Channel animated series revealed that the show’s sophomore run will be its last.

“We have to work together if we’re going to survive.”

Get your first look at the second, final season of the Emmy Award-nominated #StarWarsResistance, premiering Sunday, October 6 on @DisneyChannel and in the DisneyNOW app. pic.twitter.com/LeeuVX8Tmf

Disney didn’t provide any details behind the show’s cancellation, but some fans think that the Dave Filoni-created series is only meant to serve as an addendum to the big screen’s Star Wars sequel trilogy, and once that’s over, Star Wars Resistance ends as well.

Star Wars Resistance follows the adventures of New Republic pilot Kazuda Xiono and the crew of the refueling station Colossus. In Season 1, Kaz is recruited by the Resistance to spy on the growing threat of the First Order. The events of the show’s Season 1 started six months before the events of Star Wars: The Force Awakens and crossed over with the movie at the end of its freshman run.

According to the Season 2 synopsis, Kaz and the team are also going to deal with bounty hunters, a suspicious Hutt, General Hux, and Supreme Leader Kylo Ren, which makes a suprising appearance at the end of the trailer.