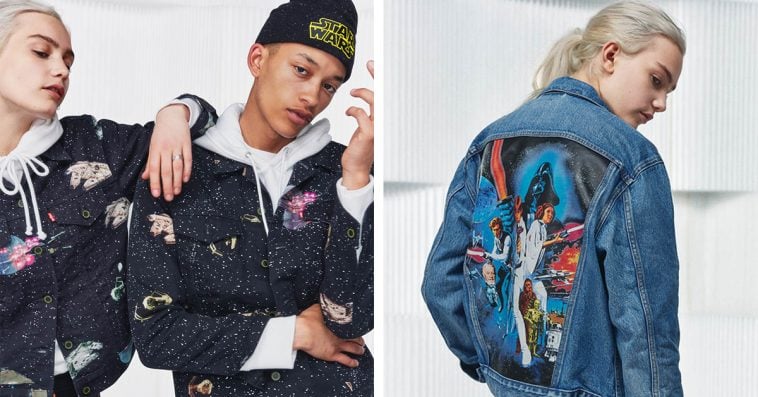 Levi’s has just dropped its first ever Star Wars collection, and though it took over 40 years before a collaboration between Levi’s and Star Wars transpired, the final product of the brands’ initial team-up does not disappoint.

Designed by a team headed by Jonathan Cheung, senior vice president of design innovation at Levi’s, the Levi’s x Star Wars collection is basically an assortment of classic Levi’s pieces and streetwear favorites adorned with nostalgic elements inspired by the iconic characters and scenes from the original Star Wars trilogy.

The stand-out items in the collection are the matching trucker jackets and 501 jeans featuring an all-over print that pays homage to the gripping Rebel Alliance assault on the Death Star in Star Wars: Episode IV – A New Hope. “That’s the highlight of the first movie and one of the most iconic pieces of cinematic history of all time,” Cheung said. “[And we’re like] ‘let’s put it on one of the most iconic pieces of clothing.’” 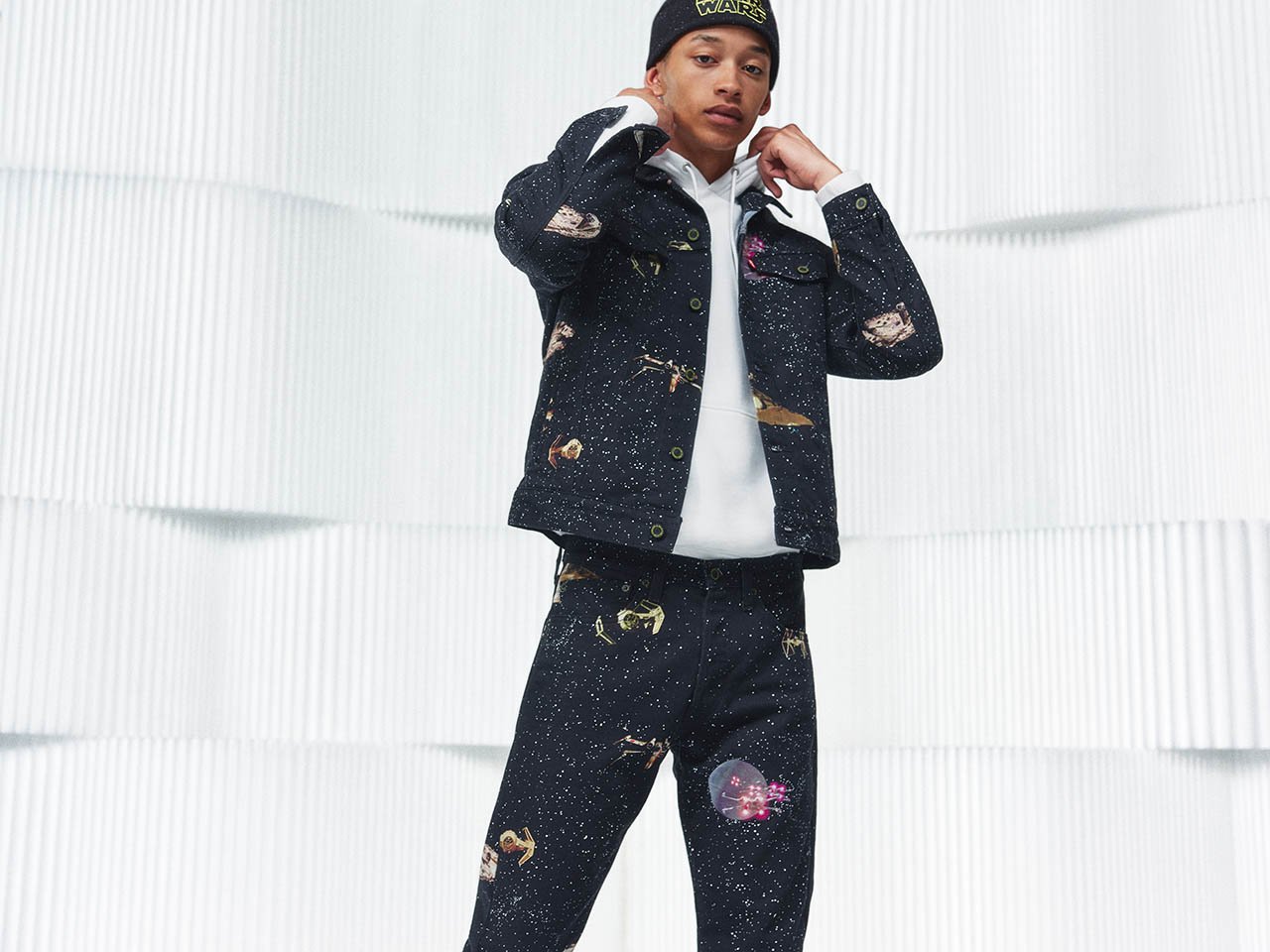 The collection also includes standard-issue denim jackets that have colored back panels recreating the first posters for the film series among many other designs. Cheung, who is an avid Star Wars fan himself, said that the poster-decorated jackets were actually a nod to fans customizing their own denim jackets for years. “We were looking to recreate fan-made vintage,” the exec said. “There’s a future-vintage flavor to it. You can’t quite place the timeline. It feels very familiar and has that nostalgia but also it’s new.” 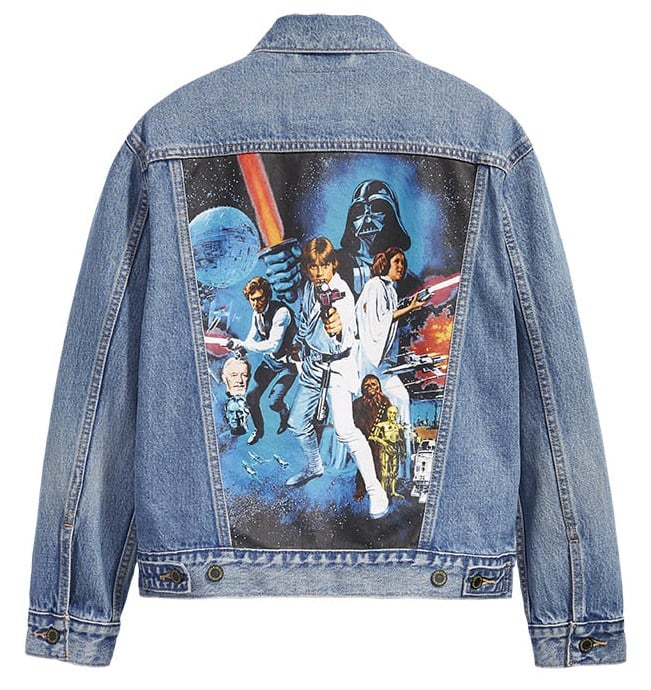 Still banking on the nostalgia factor, the collection also includes shirts and pullover hoodies featuring printed images of the original Kenner action figures that became an instant hit among fans when the films were first released. 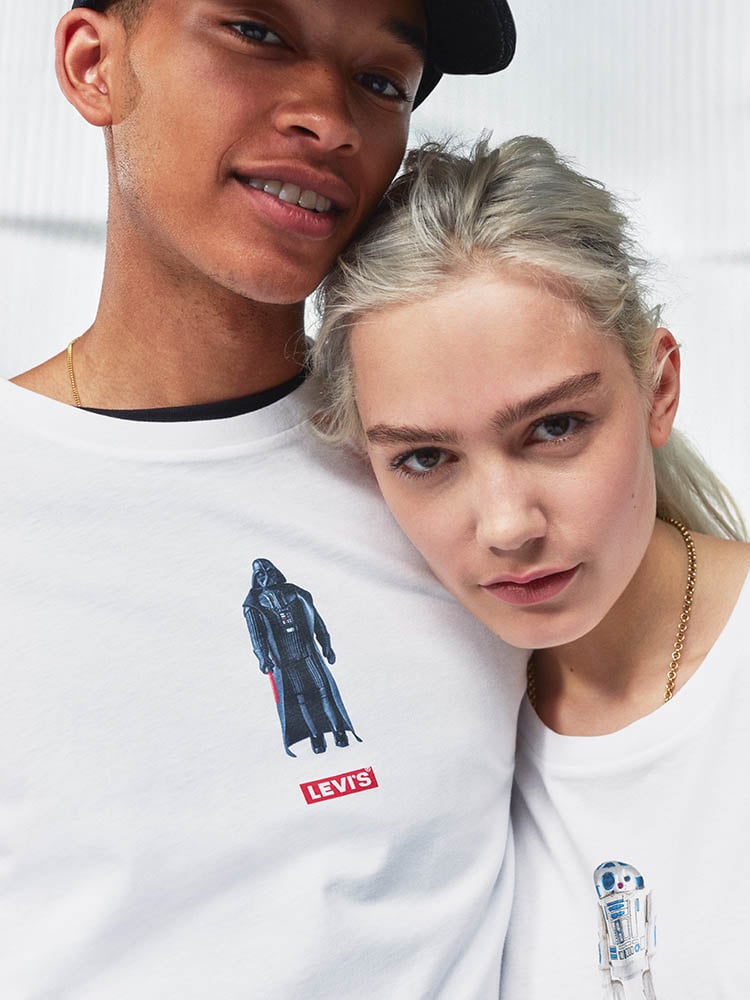 If not decked out with images of Kenner action figures, the tees and pullovers in the collection are either designed with iconic Star Wars quotes or character portraits, including a classic black-and-white portrait of Carrie Fisher in her full Princess Leia costume taken behind the scenes. 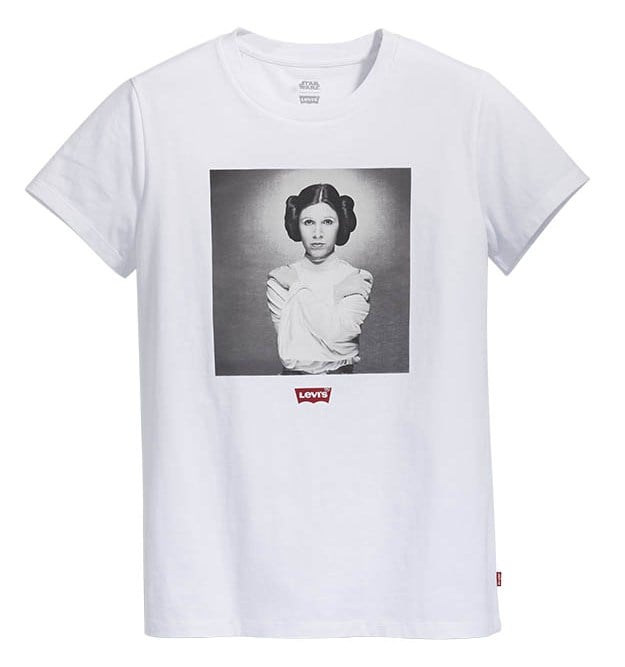 “We wanted to pay respect to Carrie Fisher and also what Leia stood for, so we were looking for an iconic image that kind of projected that,” shared Cheung. “There were quite a few we could have used. [But] that was the one we landed on. A real strong portrait of Leia.”

Aside from large images and prints featuring the original Star Wars characters, some items in the collection also feature subtle Star Wars hints like customized jeans selvedge and jacket buttons. 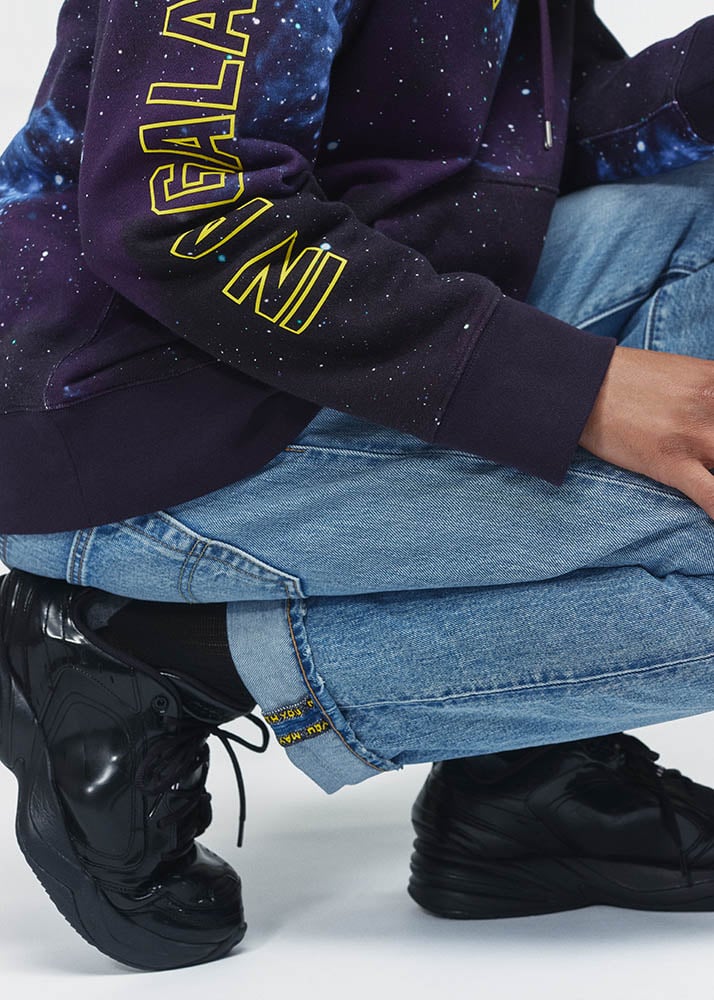