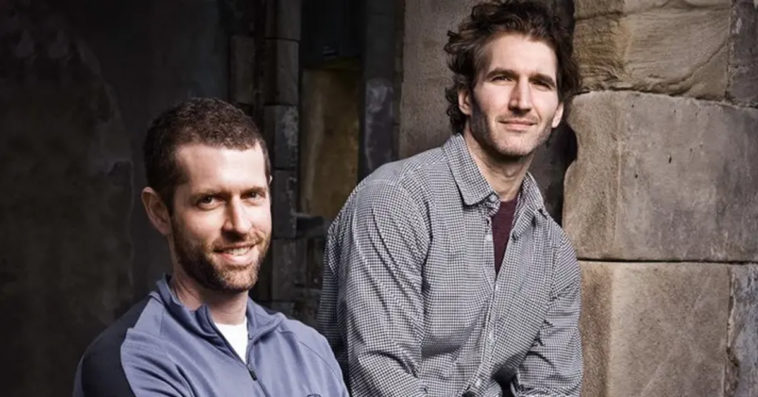 Disney CEO Bob Iger has confirmed that the next Star Wars movie following this The Rise of Skywalker will be from Game of Thrones showrunners David Benioff and D.B. Weiss.

“We did a deal with David Benioff and D.B Weiss, who are famous for Game of Thrones, and the next movie that we release will be theirs,” Iger said at the MoffetNathanson Media & Communications summit on May 14th. “And we’re not saying anything more about that.”

The Star Wars movie from Benioff and Weiss will open in theaters in December 2022 — three years after The Rise of Skywalker’s December 18th release this year.  Iger pointed out that the three-year break between the two movies was a decision made by the company to give itself enough time to prepare for the next batch of Star Wars films.

“[We thought] it would be smart for us to take a bit of a hiatus while we figure out what’s next. Now, we’re not going to wait until [The Rise of Skywalker] is released and start figuring it out, we’re actually hard at work doing that already,” Iger said. “The conclusion that we reached was that three years was the proper amount of time to not only take a breather and reset, but to really gear up for the next film’s release.”

When it was announced in February 2018 that Benioff and Weiss will write and produce a new series of Star Wars films, Disney and Lucasfilm made it clear that these new films will be separate from episodic Skywalker saga and the Star Wars trilogy being developed by the writer and director of Star Wars: The Last Jedi Rian Johnson.

Benioff and Weiss’ 2022 Star Wars film will be followed by two more Star Wars movies set to be released in December 2024 and December 2026. These new Star Wars movies will alternate with James Cameron’s Avatar sequels, which will start in 2021 and will continue every other year through 2027.