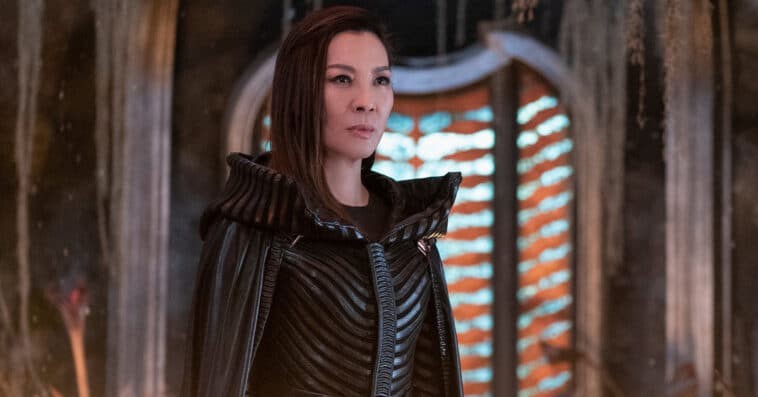 The highly anticipated Star Trek Section 31 series is officially in the works two and a half years after it was first announced by the then CBS All Access streaming service, now called Paramount +.

Star Trek Section 31 is the unofficial title of the series that will focus on Yeoh’s Emperor Philippa Georgiou, the mirror universe version of Captain Philippa Georgiou, and her adventures as a member of Starfleet’s Section 31 division. Though Yeoh is the main star, the series will reportedly feature an ensemble cast. Bo Yeon Kim and Erika Lippoldt, who both serve as writer and producer on Star Trek: Discovery, will both serve as showrunners on Star Trek Section 31.

First introduced in Star Trek: Deep Space Nine back in the 1990s, Section 31 was considered a critical division of Starfleet Intelligence during the mid-23rd century. However, by the 24th century, Section 31 was believed to be a rogue organization not considered part of the Federation.

The official confirmation that Star Trek Section 31 is now in development foreshadows the end of one of the current and upcoming Star Trek shows.

“We’re very careful about curating the pacing — the number of shows at any given time — and what those shows are, so that we make sure that it’s always exciting when there’s a new track show coming out,” said McNamara, noting that the rough schedule is to debut “a new Trek a quarter” on Paramount+.

“Whether there’s a show that comes up that feels additive and we should add that into the mix, or waiting for attrition of another Trek show, we feel good about where we are,” added McNamara, before alluding to one of the current series possibly “aging out” naturally as “perhaps an older lead is only committed to a certain number of seasons and therefore we move on from that.”

Though McNamara didn’t name any of the current Star Trek series, she’s likely referring to Star Trek: Picard, which stars the 81-year-old Patrick Stewart. The actor previously mentioned that he believes the Star Trek: Picard will only run for three seasons.