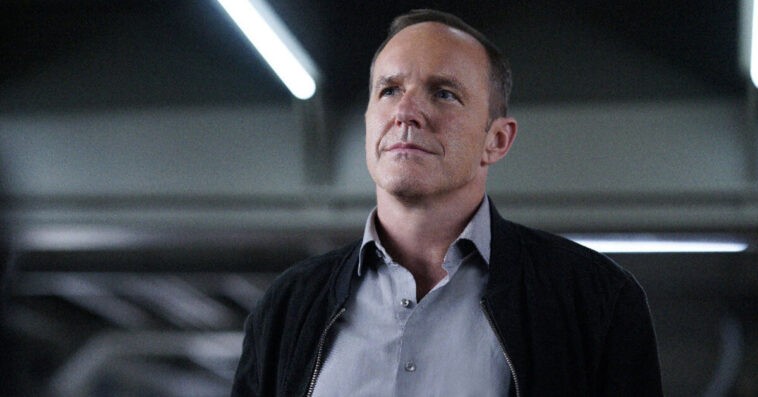 Clark Gregg, best known for playing Phil Coulson in the ABC series Agents of SHIELD, has joined the cast of Snowpiercer season 4.

Gregg’s casting was announced by TNT on March 28th ahead of the Snowpiercer season 3 finale later that night.

What role will Clark Gregg play in Snowpiercer season 4?

Details about Gregg’s role are being kept under wraps, but given the actor’s popularity and diverse filmography, it’s safe to assume that the actor will play a key character in season 4 of the dystopian thriller.

Prior to Gregg’s debut appearance as Phil Coulson in the MCU in 2008, most people knew him for his role as FBI Special Agent Mike Casper on the NBC political drama series The West Wing (2001–2004) and as Richard, the ex-husband of Christine Campbell, in the CBS sitcom The New Adventures of Old Christine (2006–2010).

Post-Agents of SHIELD, Gregg portrayed the supporting roles of John in the 2021 comedy-drama movie Moxie, and Howard Wenke in the 2021 biographical drama film Being the Ricardos.

Aside from Snowpiercer season 4, Gregg will also be seen next in the recurring role of Deputy Sheriff Ketcher in the upcoming Netflix series Florida Man.

Who are the other Snowpiercer season 4 additions?

Also joining the cast of Snowpiercer season 4 is Michael Aronov, who is best known for playing the role of refusenik scientist Anton Baklanov in the FX spy drama The Americans.

In addition to Gregg and Aronov’s casting, TNT also announced on Monday that Paul Zbyszewski (Agents of SHIELD, Helstrom) is taking over as Snowpiercer showrunner next season, succeeding executive producers Graeme Manson and Aubrey Nealon.

“I’m so grateful to everyone at TNT and Tomorrow Studios for letting me join the riveting world of Snowpiercer that Graeme and Aubrey have so beautifully crafted and built,” Zbyszewski said in a statement. “We have an exciting fourth season planned, and I can’t wait to be on set with such an incredible cast and crew as we continue to explore new worlds, create new mysteries, and develop character relationships.”

When will Snowpiercer season 4 come out?

Snowpiercer season 4 doesn’t have a release date yet, but because seasons 2 and 3 of the series ran from January to March of 2021 and 2022, respectively, fans can expect the next season to premiere around the same time in 2023.