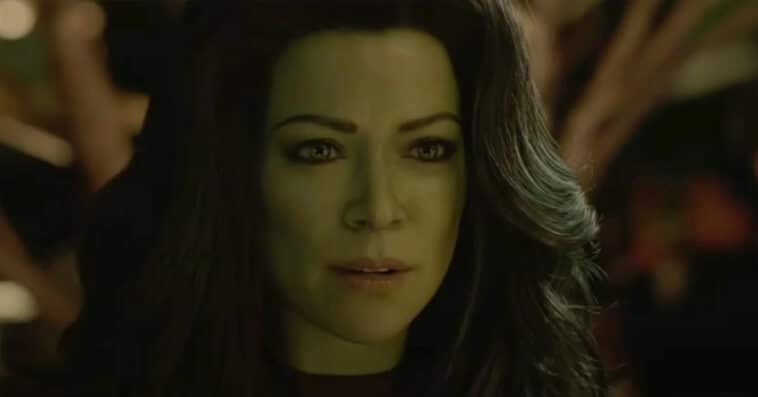 Marvel Studios has dropped the official trailer for the much-awaited Disney+ series She-Hulk. The She-Hulk trailer is not as action-packed as the trailers of past Marvel TV shows, but it’s undeniably one of the funniest. Without giving away too many details, the trailer offers fans glimpses of how Jennifer Walters (Tatiana Maslany) will try to balance her life as a single attorney in her 30s and a reluctant superhero called She-Hulk.

The trailer opens with a night view of the Los Angeles city skyline and a voiceover from Bruce Banner (Mark Ruffalo), who appears to be convincing his cousin Jennifer to fully embrace her superhero alter ego. “Who’s gonna protect the world if not people like you?” Bruce asks Jennifer, as the trailer shows shots of panicked socialites under attack, glowing super Marines, and some criminal types who look a lot like the Wrecking Crew from the comics.

The trailer didn’t reveal how exactly Jennifer got his superpowers, but in the comics, an emergency blood transfusion from Bruce following an accident turned her into She-Hulk. A nasty car crash is shown at the beginning of the trailer, suggesting that this unfortunate incident is what brought Jennifer into the superhero fold.

Despite getting superpowers, Jennifer has no plans of becoming an Avenger, let alone a superhero at all. “That is for billionaires, and narcissists, and adult orphans,” she tells her best friend Nikki (Ginger Gonzaga) at some point in the trailer. Unfortunately for Jennifer, her new job as the face of the Superhuman Law Division of Goodman, Lieber, Kurtzberg, & Holliway pulls her deeper into the superhero world.

The trailer shows Jennifer dropping by a futuristic super-prison to see her client Emil Blonsky, aka The Abomination (Tim Roth). As fans can remember, Abomination fought Bruce all the way back in 2008 during the events of The Incredible Hulk and made a surprise cameo in 2021’s Shang-Chi and the Legend of the Ten Rings. In the latter movie, Abomination was seen sparring with Wong (Benedict Wong) at the fight club in Macau, only for the Sorcerer Supreme to give him fighting tips while escorting him through a portal to the very same prison cell shown in the She-Hulk trailer.

Aside from Abomination, the trailer also includes quick shots of villains Titania (Jameela Jamil) and Frog-Man.

While it’s unclear how long before Jennifer will embrace her superhero persona, the trailer shows her training with Bruce on how she can use her superpowers properly.

Staying true to the show’s comedic theme, the She-Hulk trailer ends with a peek at Jennifer’s dating life. Jennifer bemoans dating in her 30s, but as She-Hulk, she gets a huge number of online dating matches. Apparently, something about her green muscular look has expanded her dating pool. Check out the She-Hulk trailer below:

Created by Jessica Gao, the nine-episode season 1 of She-Hulk will premiere on Disney+ on August 17th.