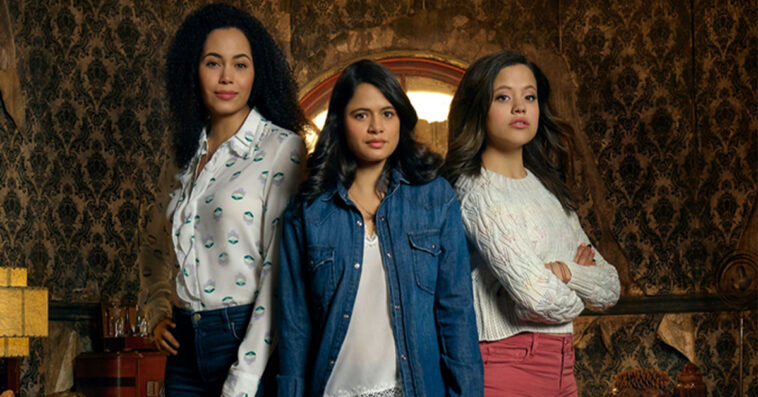 There has been a bloodbath of cancellations at The CW. Since late last month, eight TV series, including new shows and long-running ones, have gotten the ax. So, did Charmed get canceled?

Is the new Charmed canceled?

Unfortunately for fans, the Charmed reboot was one of the TV shows that got canceled. The show’s cancellation was announced on Thursday, alongside its fellow The CW series Dynasty, Naomi, In the Dark, 4400, Legacies, Roswell, New Mexico.

Why was Charmed canceled?

The CW didn’t offer an explanation for the show’s cancellation, but it was likely due to the network’s potential sale. As revealed last January, The CW owners ― Warner Bros. Discovery and Paramount Global ― are exploring a sale of the broadcaster, with local TV station giant Nexstar considered a possible buyer. Apparently, this has led to the network paring back its slate of scripted series.

But why was Charmed one of those that were canceled? As of April 26th, season 4 of Charmed was averaging 650,000 total weekly viewers and a 0.1 demo rating (with Live+7 playback factored in), down from its season 3 figures of 690,000 weekly viewers and 0.2 demo rating. TVLine noted that out of the 19 dramas The CW has aired this TV season, Charmed currently ranks No. 17 in audience viewership and is among seven that earn just a 0.1 rating.

When Kung Fu, Nancy Drew, Superman & Lois, The Flash, All American, Riverdale, and Walker were renewed earlier this year, Mark Pedowitz, chairman and CEO of The CW, mentioned that the network is focusing on shows that were important to its overall digital strategy. He referred to the renewed TV series as some of the network’s “most-streamed and socially-engaged programming.” Clearly, with its recent cancellation, Charmed is not one of those.

How many Charmed seasons are there?

Charmed has a total of four seasons. Premiered last March, the show’s 13-episode fourth and final season will conclude on Friday, June 3rd, at 8 p.m. on The CW.