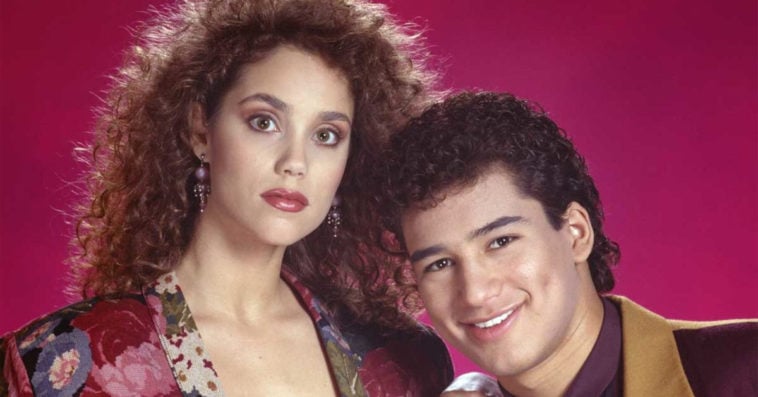 Mario Lopez and Elizabeth Berkley are reprising their roles as A.C. Slater and Jessie Spano in a new Saved by the Bell TV sequel for NBCUniversal’s upcoming streaming service, Peacock.

Other original Saved by the Bell cast members, including Mark-Paul Gosselaar, could also appear in the follow-up series, as sources told The Hollywood Reporter that Peacock is in negotiations with Lopez and Berkley’s former co-stars.

In the straight-to-series comedy, California governor Zack Morris (Gosselaar’s role) find himself in hot water after closing several low-income high schools and ordering affected students to attend highest-performing schools in the state like Bayside High, giving the overprivileged kids a much-needed and hilarious dose of reality. Lopez’s A.C. and Berkley’s Jessie will reportedly appear as parents in the sequel.

California Gov. Zack Morris? Sources say NBCUniversal is in talks with other #SavedByTheBell cast members, including Mark-Paul Gosselaar, to potentially return to the TV sequel https://t.co/Bb3E0eDJMO

The comedy hails from Emmy-winning 30 Rock writer and Great News creator Tracey Wigfield, and is from Universal Television, where she recently renewed her overall deal. Wigfield will serve as the showrunner of the sequel and will also executive produce along with original Saved by the Bell developer Peter Engel and Great News’ Franco Bario. Lopez and Berkley will also produce.

While Lopez has yet to confirm the news on social media, Berkley has already taken to Instagram to reveal how excited she is for the project.

I’M SO EXCITED…. here we gooooo!!! @mariolopez…. are you ready for grownup Jessie?!?? SWIPE for more pics…. Jessie and Slater are back for more fun. We are thrilled to have Emmy winning 30Rock writer @TraceyWigfield bring the sequel to life on NBC/Universal.??‍♀️?✨❤️#friendsforever #history #mama #bubba #teen #love #tv #10episodes #sbtb #putyourmindtoitgoforit #imsoexcited

Created by Sam Bobrick, Saved by the Bell ran for four season on NBC from 1989 to 1993 as part of a Saturday morning block. The teen sitcom, which also starred Dustin Diamond, Tiffani-Amber Thiessen, and Lark Voorhies, among many others, follows a group of high school students as they face a variety of coming-of-age and social issues from dating and family problems to drug use and alcoholism.

The sequel marks Lopez’s return to series-regular television. The Access Hollywood host’s last series-regular roles were in the 2006 daytime soap The Bold and the Beautiful where he played Dr. Christian Ramírez, and in late 1990s’ USA Network series Pacific Blue where he portrayed the role of police officer Bobby Cruz.

Peacock will open for business in April 2020, but it’s unclear whether the Saved by the Bell sequel will be available for streaming on launch day.