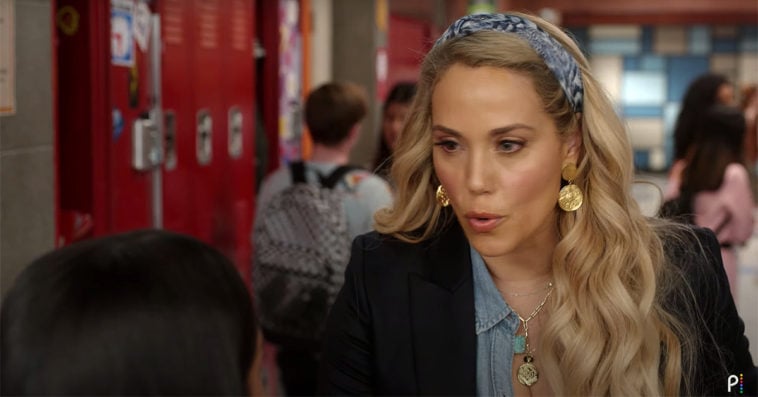 NBCUniversal’s streaming service Peacock has dropped the second teaser for the sequel/reboot of the hit ‘90s sitcom Saved by the Bell. While the new series will center around a new group of Bayside High students, it looks like fans of the original show will still enjoy the follow-up, as it appears to include a number of hilarious Easter Eggs and inside jokes that only those who have watched the parent series will understand.

For instance, the final scene from the newly released teaser ― in which Elizabeth Berkley’s Jessie Spano (now a teacher at Bayside High) tosses a bottle of pills from a student’s hand while The Pointer Sisters’ hit song I’m So Excited is playing in the background ― is actually a call-back to one of the original series’ most iconic moments: the episode where Mark-Paul Gosselaar’s Zack Morris gets Jessie hooked on caffeine pills.

“At first, they’re so exciting,” Jessie says of caffeine pills, while talking to a deeply confused student. “And then it gets even more exciting. But after that it gets so scary. And after that you’ve ruined your girl group shot and recording contract.”

Watch the funny scene in the teaser below, as well as a clip from the original episode where Jessie got addicted to caffeine pills.

In the sequel/reboot, Zack, now the governor of California, finds himself in hot water after closing several low-income high schools. Affected students are ordered to attend highest-performing schools in the state like Bayside High, giving the overprivileged kids a much-needed and hilarious dose of reality.

The sequel/reboot, created by Emmy winner Tracey Wigfield, doesn’t have an exact release date yet but is expected to premiere later this year.