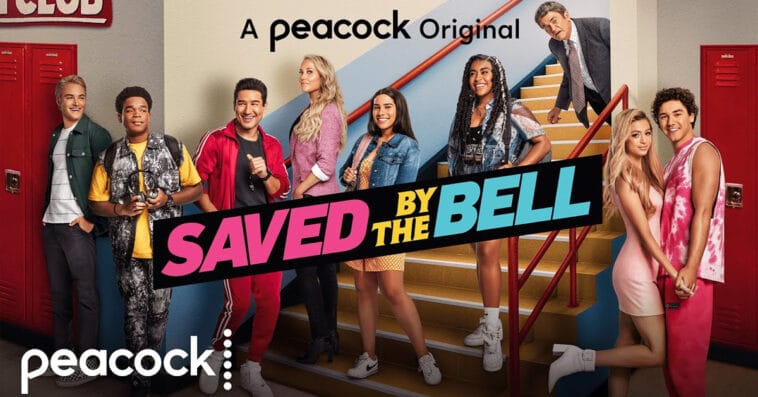 The fate of Peacock’s Saved by the Bell revival has been decided.

Will there be a 3rd season of Saved by the Bell?

Unfortunately for fans, the Saved by the Bell reboot is not returning for a season 3.

Did Saved by the Bell get canceled?

Peacock did cancel the revival after two seasons. Deadline broke the cancellation news earlier this week, noting that the cast and crew were only told about the show’s fate on Tuesday. The news comes only a month after the sitcom won Outstanding Comedy Series at the GLAAD Media Awards.

Why did Saved by the Bell get canceled?

Peacock didn’t provide a reason for the reboot’s cancellation. Launched in November 2020, season 1 of the series reportedly performed well for the streaming service. It’s unclear though whether season 2, which dropped in November 2021, managed to be as successful as the show’s sophomore run.

Whatever the case is, a Peacock spokeswoman said that the streamer is pleased about having the revival in its content library.

“We are so proud to have been the home of the next iteration of Saved by the Bell for both new and OG fans,” said the spokeswoman. “Saved by the Bell has been a cultural mainstay for more than 30 years and the new series, led by Tracey Wigfield’s superfan enthusiasm and signature witty humor, seamlessly continued the show’s legacy, all while allowing more audiences to feel seen. We’re grateful to Tracey, Franco Bario, our partners at UTV, the beloved cast, and the fans who have continued to champion one of the most iconic shows of all time.”

What was the Saved by the Bell reboot about?

In the reimagined series, when California governor Zack Morris (Mark-Paul Gosselaar) got into hot water for closing too many underfunded high schools, he proposed they send the affected students to the most well-funded schools in the state – including Bayside High. The influx of new students gave the privileged Bayside kids a much-needed dose of reality.

The reboot touched several important topics such as race, inclusion, class, and education. Season 2 included a tribute to the late Dustin Diamond, who portrayed Screech Powers in all previous iterations of Saved by the Bell. The second season also featured a Showgirls sendup, a reevaluation of Kelly’s (Tiffani Thiessen) College Years arc, a kiss between Jessie and Slater, and a number of hints that a return to Malibu Sands may have been in the show’s future.

How did the Saved by the Bell cast react to the cancellation?

Both Gosselaar and Velazquez took to social media to address the reboot’s cancellation. Check out their posts below:

So disappointed by this news. So many talented individuals in all departments creating something original from a reboot. Respect and admiration to everyone involved and thanks to the viewers. https://t.co/Umz7Twd95g