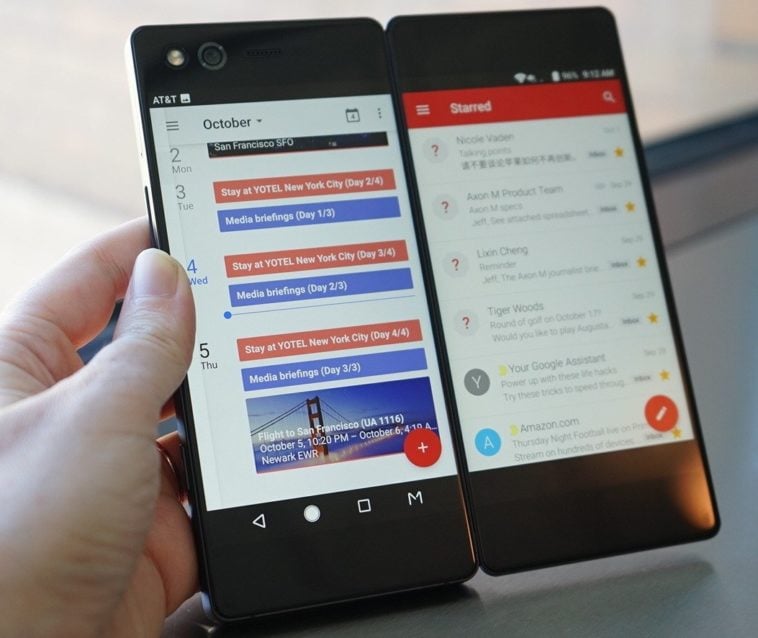 Samsung’s long-awaited foldable smartphone is on the cusp of release.

According to The Wall Street Journal, the phone codenamed ‘Winner’, is set to have a 7-inch screen (measured diagonally) and will fold-in-half similar to a wallet. For years, Samsung has been hinting that they’re just ‘one year away’ from releasing this potentially gaming-changing technology. Nevertheless, as claimed by WSJ, this time around, the South Korean manufacturer is for real.

Media reports suggest the first incarnation of the foldable-screen smartphone will be publicly available sometime in early-2019. Engadget has stated that this first model will target a very niche audience, perhaps gamers, for example. At some point during the latter portion of 2019, a more mainstream variant will be unveiled.

Many believe that Samsung’s goal is to present this upcoming device as the company’s third flagship model – alongside the Galaxy S and Note. This implies that ‘Winner’ would be more than an experimental device. It’s possible that such an innovative shake-up to the market will reenergize floundering industry figures.

As per IDC – a market research firm – 2017 represented the first ever industry decline in smartphone sales. According to current figures and trends, 2018 will also see a dip.

Since Apple’s original iPhone release in 2007, the smartphone industry has witnessed very little in terms of ‘disruptive’ innovation. Just recently, we reported on HTC’s latest attempt to shatter the prevailing smartphone mold with a blockchain-powered device. While tech enthusiasts will undoubtedly be excited to see what becomes of HTC’s device, if Samsung is capable of successfully executing this technical feat, they instantly become the industry’s clear-cut front-runner in terms of innovation.

The foldable-screen smartphone is akin to a unicorn that’s certainly being chased by every cell phone manufacturer’s R&D team. Interestingly, if Samsung does prove successful in its endeavor, technically speaking, they won’t have “the world’s first” foldable smartphone.

Other manufacturers – namely ZTE – have already launched foldable smartphones. However, said devices typically use the phone’s frame to connect two separate screens – a far cry from what Samsung is proposing.