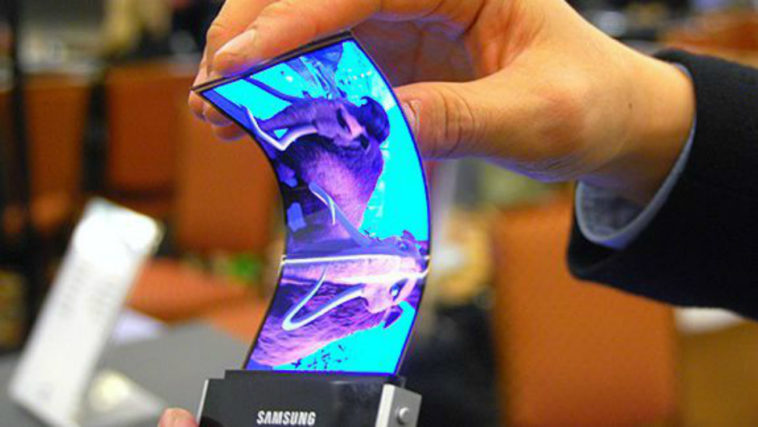 Sources say Samsung is expected to showcase its foldable smartphone this November.

The news was recently confirmed by CNBC who spoke with DJ Koh – CEO of Samsung’s mobile division. During said interview about the foldable phone that’s been in the works for years, Koh told reporters “it’s time to deliver.” He goes on to say Samsung has involved itself in extensive consumer research with regard to a foldable handset. Reportedly, their findings suggest consumers are ready and willing to purchase such a novel phone.

Koh noted that one of the main pitfalls in terms of designing the upcoming foldable device was differentiating “the experience from a tablet once it is unfolded.” Koh said “you can use most of the uses … on foldable status. But when you need to browse or see something, then you may need to unfold it. But even unfolded, what kind of benefit does that give compared to the tablet?”

This quote has led to widespread speculation that the upcoming phone will be larger than Samsung’s current smartphone offerings, given the CEO compared it to a tablet. If this, indeed, proves to be true, it’ll represent a trend toward larger mobile devices among industry leaders. Just last week we reported that Apple’s upcoming iPhone lineup will feature a 6.5-inch OLED phone – representing the largest iPhone thus far produced.

Whether this was a slip of the tongue or a deliberate leak, Samsung has remained secretive when it comes to additional details.

Interestingly, this most recent news comes shortly after we learned that the South Korean tech giant witnessed a whopping 20% decline in mobile sales during this year’s second quarter, as compared to 2017. Market research firms hypothesize the drop is mostly due to tight competition from Huawei and Apple.

Industry insiders say a mold-breaking device such as Samsung’s foldable smartphone is exactly what’s needed to reenergize the stagnate market. TechRadar is reporting that we can expect to see the official unveil this November at Samsung’s Developer Conference.