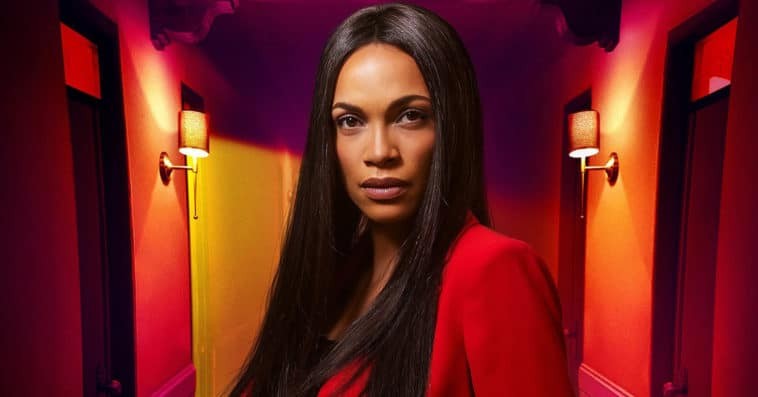 Rosario Dawson wants to be part of the Star Trek universe. And if she had her choice, she would like to play Q in the epic space opera franchise.

During her recent appearance on Variety After-Show, Dawson said that she would be happy to play a character with a Romulan or Vulcan background in Star Trek. But her father gave her the cool idea of playing Q, the omnipotent and highly powerful entity seen across various Star Trek series.

“I mean it would be great because then I could jump on Star Trek: Discovery. I could be on Star Trek: Picard. I just want to be with Jean-Luc Picard (Patrick Stewart),” said Dawson, who is a self-proclaimed Trekkie.

As Star Trek fans know, the extra-dimensional Q was portrayed by John de Lancie across Star Trek: The Next Generation, Star Trek: Deep Space Nine, and Star Trek: Voyager throughout the 80s and 90s. Though Q typically appeared as a humanoid male, he could also take on other forms if he wished. Also, it’s well established that there are many Qs in the Q Continuum like Q’s mate named Miss Q, who was played by Suzie Plakson. With that said, Dawson could either play a female version of de Lancie’s Q or play a totally different Q.

Interestingly, Star Trek isn’t the only major sci-fi franchise Dawson wants to be part of. “The two universes, Star Trek and Star Wars. I get in those two, I’m telling you, man, that’s it. I will just retire,” Dawson said. “And then I can just concentrate on going to school and running for office. That would be it.”

While it was reported last month that Dawson is set to play Ahsoka Tano in Season 2 of The Mandalorian, the actress said that her casting on the Disney+ series isn’t official yet. “That’s not confirmed yet but when that happens, I will be very happy. I’m very excited for that to be confirmed at some point,” she said, adding that it would be “a million and one percent because of the fans.”